Vermeer says reducing the use of plastic, not recycling, should be the goal 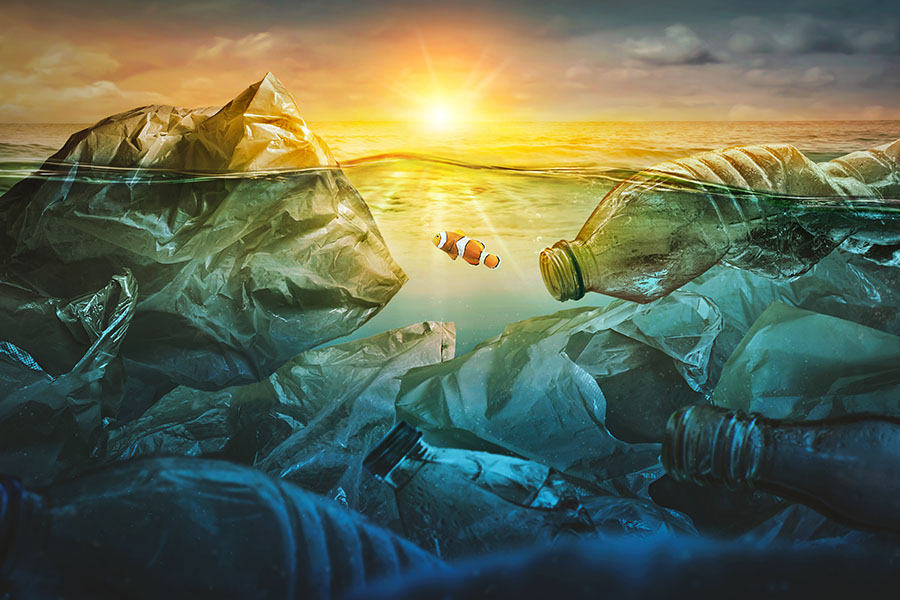 About 79% of the plastic waste generated by this production ends up in landfills or the environment. Only 9% is ever recycled and only one-tenth of that amount has been recycled more than once over the last 50 years Image: Shutterstock

As the former leader of Coca-Cola’s Global Water Initiative, Dan Vermeer knows well the benefit of plastic for a company – for instance, it keeps food sanitary, is easily transported with less weight, and is very flexible.

“It solved all kinds of problems for us, but then as it scales, it becomes its own wicked problem,” Vermeer says.

These days, as the executive director of the Center for Energy, Development, and the Global Environment (EDGE) at Duke University’s Fuqua School of Business, Vermeer studies the many risks that climate change presents to the business world and strategies that firms could incorporate to fight intractable problems such as the worldwide glut of plastic.

Vermeer and several co-authors from Duke’s Nicholas School of the Environment published a paper in the journal One Earth that examined corporate commitments to reducing plastic pollution. Between 1950 and 2017, the authors write, global plastics production increased 174-fold and it’s projected to double again by 2040. About 79% of the plastic waste generated by this production ends up in landfills or the environment. Only 9% is ever recycled and only one-tenth of that amount has been recycled more than once over the last 50 years.

As part of their analysis, the researchers reviewed the annual reports of nearly 1,000 of the world’s largest companies and found, for instance, that 72% of the top 300 companies on the Fortune Global 500 list have made some form of voluntary commitment to reduce plastic pollution.

But even though the number of environmental pledges have greatly increased in the last five years, most firms have largely avoided tackling the root of the problem – namely, the excessive use of plastic in the first place, Vermeer says. Most plastics are either non-recyclable or too difficult to recycle, yet corporate actions have mainly concentrated on recycling, Vermeer notes.

“Recycling doesn't address the core problem, which is more and more plastics into the environment,” says Vermeer. “It is like trying to catch all the waste that comes out at the end of the pipe, instead of saying, ‘Well, why is there more and more plastic in the first place.’”

Also read: Will we soon be using new-gen fuels made from recycled plastic waste?

Vermeer says he was surprised by the high percentage of firms that have committed to addressing the plastics problem, but that in large part is because of public pressure to do so.

What is needed, Vermeer says, is for companies to rethink the product cycle from beginning to end, with a goal of reusing the same materials instead of a one-time use that winds up in a landfill.

“So innovative companies should shift attention from the end of the pipe toward the front of the process. It’s not enough to have recycling programs; we need to imagine fundamentally different flows of new types of materials to meet people’s needs.”

Tweets by @forbesindia
23 in 2023: Key events to watch out for in the new year
Fanatic to sell majority 60 percent stake in Candy Digital as NFTs lose steam