Many entrepreneurs at a networking event chatted only with peers they already knew. What opportunities did they miss? 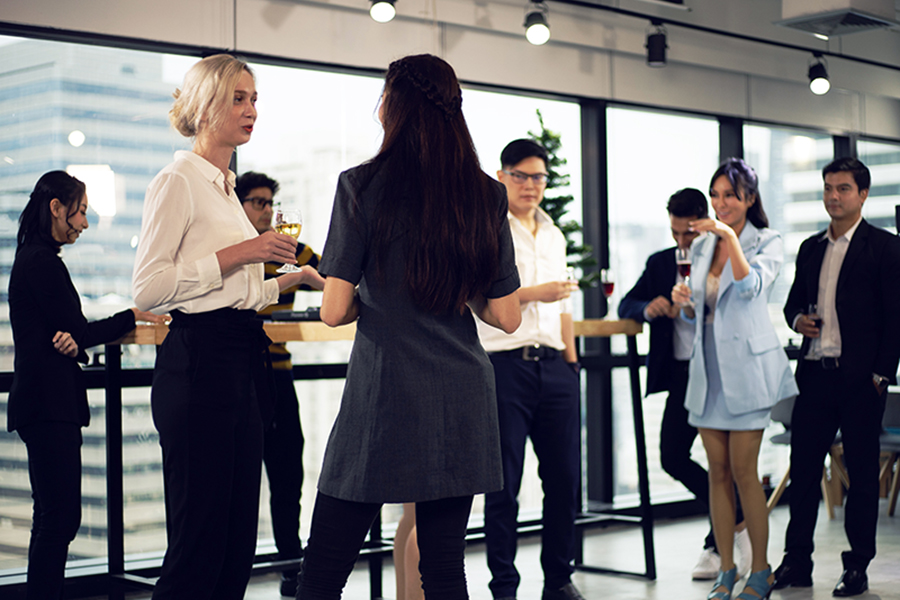 Entrepreneurs need strong networks to help them succeed – which is why Professor Sharique Hasan was surprised to see rising entrepreneurs at a major networking event fail to make new connections.

Hasan tracked interactions among 112 entrepreneurs at a startup boot camp in New Delhi and found that participants who already knew some of their peers rarely sought new connections – even the people sitting beside them who could have helped them succeed.

By contrast, participants who came to the boot camp without knowing anyone networked more and performed better on a team-based challenge at the event.

“Once you have a network in place, you tend to explore less,” said Hasan, an associate strategy professor at Duke University’s Fuqua School of Business who co-founded the experimental incubator called Innovate Delhi. “As a result, you likely miss out on opportunities to learn from new people who might be sitting right next to you.”

The Strategic Management Journal published the findings, which are co-authored by Rembrand Koning of Harvard Business School.

The results might surprise founders of business incubators, accelerators and co-working spaces, all designed to spark collaboration among entrepreneurs.

“A lot of prior research and even conventional wisdom say geography is destiny; place people next to each other and they’ll interact – that’s the basis for the popularity of the open-plan office,” Hasan said. “But we show that people who are already embedded in a social network of friends and advisors don’t network much at all.”

The boot camp gave the up-and-coming entrepreneurs hands-on practice and instruction from successful Indian entrepreneurs, designers and venture capitalists. Participants were randomly sorted into teams and spent a week developing a prototype for a mobile app.

The researchers used several strategies to study how participants worked together, including tracking their emails and other digital communications and analyzing the interactions with software built specifically for the research.

At the end of the week, teams submitted the prototypes to be judged by their peers. An analysis found the teams whose members who already knew other participants stayed within those existing networks, missing out on input from talented neighbors that could have helped improve their ideas and designs.

The findings show there are opportunities for collaboration that remain untapped, Hasan said.

“Once you have pre-existing ties, you just explore less,” he said. “You can design social groups optimally, placing exactly the right people next to each other, but human nature sometimes gets in the way. You can’t just put people together. Organizations need to think a little bit more deeply about how to encourage this kind of interaction that should be really low-cost, but isn’t happening.”

Entrepreneurs should also be selective when building their networks, knowing those connections could help lay a foundation for future successes, Hasan said.

“The best time to build your network is the day you step in the door,” he said. “That’s when everybody is willing to meet you, because you’re new. Use that opportunity to cast as wide a net as possible. If you don’t do that in the beginning, it just doesn’t happen as easily.”