German startups lay the groundwork for a marijuana bonanza 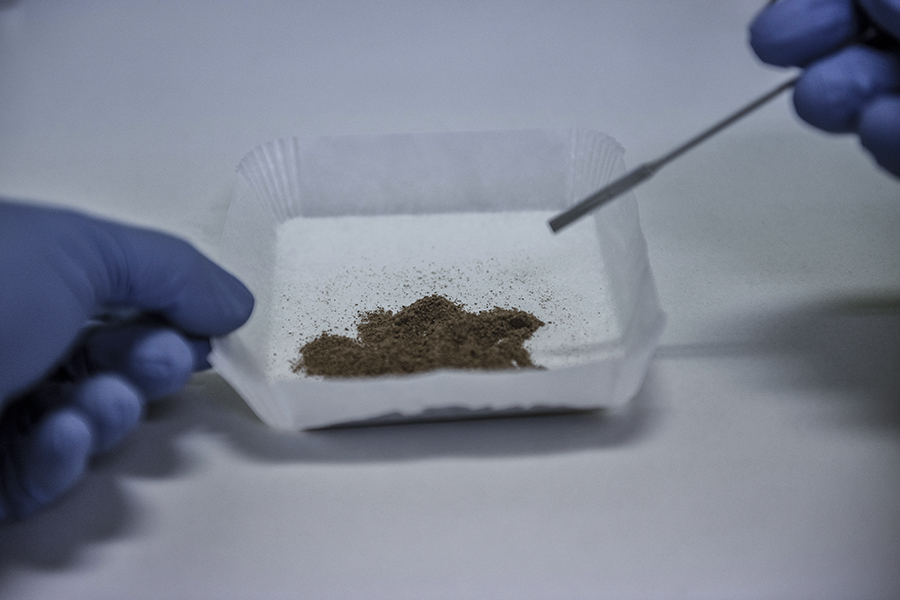 Preparing marijuana samples for analysis on Dec. 21, 2021, Sanity Group’s testing and processing facility near Frankfurt, Germany. Germans appear to be coming around to the idea of legalizing marijuana. (Laetitia Vancon/The New York Times)

FRANKFURT, Germany — The first sign that something is different about the centuries-old former winery in a sleepy hillside German village surrounded by grape vines is the door leading to the estate. It is brand-new and reinforced with a steel grate. Behind it, a startup has built a multimillion-dollar testing and processing facility and is getting ready to cash in on Germany’s next big wave: the possible legalization of marijuana.
“Germany is traditionally conservative and has always been politically very cautious,” said Finn Hänsel, a founder of Sanity Group, the startup that built the high-tech facility, where a dozen well-paid technicians in white coats use chromatography to test the makeup of imported cannabis plants. The company asked that the exact location of the farmhouse remain a secret for security reasons.
The idea that marijuana could become legal “is still somehow unbelievable to me,” Hänsel said.
Germany’s new government announced that it would legalize recreational cannabis for adults in its coalition contract presented in October. Although no bill or official schedule for a law exists yet, experts believe one will be passed within the next two years.