Certain factors such as security, scalability and legal regulations still challenge the adoption of Blockchain 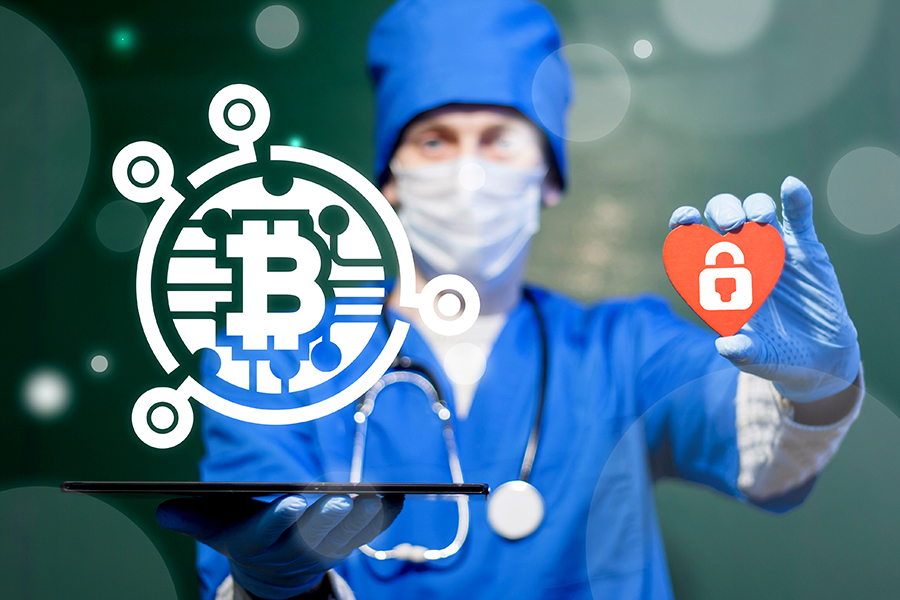 
The healthcare system is shifting its focus to a newer model - value-based care, a complete overhaul from the traditional volume-based care system. While the traditional model focuses on charging patients based on the services provided irrespective of their medical significance, value-based healthcare focuses on more customized patient-centric services. Two major transformational changes include affordable treatment and superior healthcare services, using big data. Industry revolution 4.0 relies on big data and so does the healthcare system - clinical trials, drug testing, patient data management, patient engagement, remote patient monitoring, etc. However, huge costs are being incurred for storing and processing of such big data. Additionally, the mishandling of the health records and data breaches has raised a lot of data privacy concerns and led to erosion of trust in the current health regulatory practices.

A country’s expenditure on healthcare as a proportion of GDP is considered as one of the important indicators for the overall population health. India’s current spending on healthcare is <4% of the total GDP, compared to the top 10 countries (of OECD), which spends on an average >10%. Electronic Health Record, which plays a crucial role in processing and analyzing patients’ medical records to provide better quality care, in India, specifically, is practiced in an unstandardized manner. Healthcare providers face challenges in terms of maintaining data immutability and privacy, with respect to data sharing with relevant stakeholders. Different healthcare institutions use different models and their own set of codes, which also makes it hard to achieve interoperability. This issue is further escalated when patients change their service providers due to unforeseen reasons. Patients’ are forced to redo their medical tests and treatment processes, which adds to the overhead costs and also to their frustration. This can be addressed to a major extent through the use of Blockchain technology.

According to the World Economic Forum anticipation, 10% of the global GDP will be stored on the Blockchain by 2025. When integrated with EHR across all hospital networks, Blockchain will be able to provide instant access to the stakeholders anywhere, thereby reducing the time required to access patient’s medical history and unnecessary costs involved in repeating medical procedures. Hospitals and related stakeholders will no longer be required to invest in miscellaneous software and databases, thus resulting in lower costs for all concerned stakeholders.

Security concerns are an added benefit, which can also be resolved with the use of Blockchain. The 3 defining features of Blockchain are: decentralized network, transparency, and immutability. It acts as a distributed ledger and works by keeping a record of the previous transactions. This record of transactions is distributed among different participating systems that act as nodes, across the entire network. The transactions are grouped into data blocks and are preserved via encryption which results in a unique signature known as a hash. The blocks are immutable, as any hacker attack which tries to change the data, will result in a different hash value i.e. different signature, thereby annulling the transaction. Any tampering of the records will be notified to all participating users.

To have secured access to the data, users will have to choose among different types of Blockchains: public, private and permissioned. Whereas a public Blockchain is truly unrestrictive and 100% transparent in a way that any user will be able to participate in the network activity, the private Blockchain allows data sharing on a restricted basis limited to specific participants. Permissioned Blockchain is a mix of public and private.

In the context of healthcare systems, this implies that the patient will have a unique identity in the Blockchain network and any new clinical data added, will be stored with this unique identity in the EHR integrated Blockchain network. Only with the owner’s permission, the relevant stakeholders will be able to access the patient’s information thereby providing 3600 control of their data. On similar lines, IBM has built a private Health Utility Network (HUN), a Blockchain network based ecosystem which acts as an alliance between competitors and allows healthcare organizations to build, share and deploy customer-centric solutions related to payment processing, enabling secure and smooth healthcare information exchanges. The list of players who have joined hands together includes Aetna, Anthem, Health Care Service Corporation, PNC Bank, Cigna, and Sentara Healthcare.

Certain factors such as security, scalability and legal regulations still challenge the adoption of Blockchain. But Estonia has become the first country on a global level to implement Blockchain technology at a national scale in 2016 addressing these challenges. e-Health Records, their national healthcare database is integrated to access data from different healthcare service providers. Even though the service providers use different EHR systems, doctors are enabled to access a patient’s records seamlessly using a tool called e-Patient portal.

The key highlight is the trust established between a private provider Guardtime and government agencies made it possible for Guardtime to implement its proprietary, Keyless Signature Infrastructure (KSI) based Blockchain technology at a large scale across the nation. KSI helped to overcome two major weaknesses of traditional Blockchains, namely scalability and settlement time. KSI scales complexity linearly with time and independent of the number of transactions, unlike traditional Blockchain which grows linear with a number of transactions. Also, the settlement time is severely reduced to seconds, since the number of participants is limited which helps in reaching data consensus synchronously. The use of Blockchain is also in sync with the Personal Data Protection Act (PDPA), a data protection act established in 2008, which protects Estonian’s rights and trust with personal data.

Other nations that have already implemented their versions of privacy and data protection laws include the EU, which has the General Data Protection Regulation (GDPR), Japan which has Act on the Protection of Personal Information (APPI), California which has California Consumer Privacy Act (CCPA), etc. The USA as of now hasn’t drafted a singular nation-wide data protection regulations as robust as that of EU’s GDPR.

In India, the government of India has drafted a National Health Policy (NHP) in 2017, with the goal of providing well-being for all Indian citizens, and universal access to good quality health care services without any financial constraint. Among many of its aims, NHP envisages creating a digital health technology environment. Data collection, storage, and sharing will be key to its establishment and so will be the protection of user data and privacy rights. In this regard, the Digital Information Security in Healthcare Act (DISHA) was drafted in 2017, to protect the patient’s privacy and security of health data. In the future, DISHA is expected to streamline the electronic health records of individuals with ease of access, by standardizing and controlling the overall data retrieving process and protecting users’ rights. In this regard, a federated permissioned Blockchain network integrated with the health information exchange (HIE) model, could address the gap between the formation of law and regulations and implementing the law in practice.

Using Estonia’s case, a central repository of patient’s healthcare data could be established which can be accessed anywhere, anytime. However, before implementing such Blockchain-based healthcare systems, India needs a major transformation in its technology infrastructure. As a developing nation, India is still an energy deficit country compared to its counterparts. The USA consumes about 12 units, Japan about 7.3 units, Estonia about 6.5 units, China about 4.5 units and India about 1.2 units of energy as of 2017 (Units are defined as kWh per person per annual consumption). Blockchain technology requires high computing and processing power to keep the exchanged information secured, which requires multiple servers across different geographies. Government and private players can work in public-private partnership mode to overcome this deficiency which can help to accelerate Blockchain implementation across healthcare and other sectors as well.

India has taken a few preliminary steps in this direction. CallHealth, a Hyderabad based start-up, which provides healthcare platform, has partnered with ThynkBlynk, to use its proprietary Blockchain technology, ChainTrail, which enables different healthcare service providers to integrate and securely share their data on the network.

In terms of cyber-security, India ranks the least, among the global economies. It was listed among the top 5 nations to be affected by cybercrime in 2017-18, by ‘Symantec Corp’. The top ranker was the USA, followed by China. However, Estonia was ranked among one of the safest cyber-secured countries across Europe. We could adopt some of the best practices from Estonia and view our current weakness of vulnerability to cyber-attacks not as a threat but as an opportunity to leap to Blockchain technology, especially in healthcare.

Tweets by @forbes_india
Is PM Modi's Ayushman Bharat too ambitious to succeed?
Time for India to tap the full potential of Artificial Intelligence