From horseless to driverless: Next big opportunity for tech? 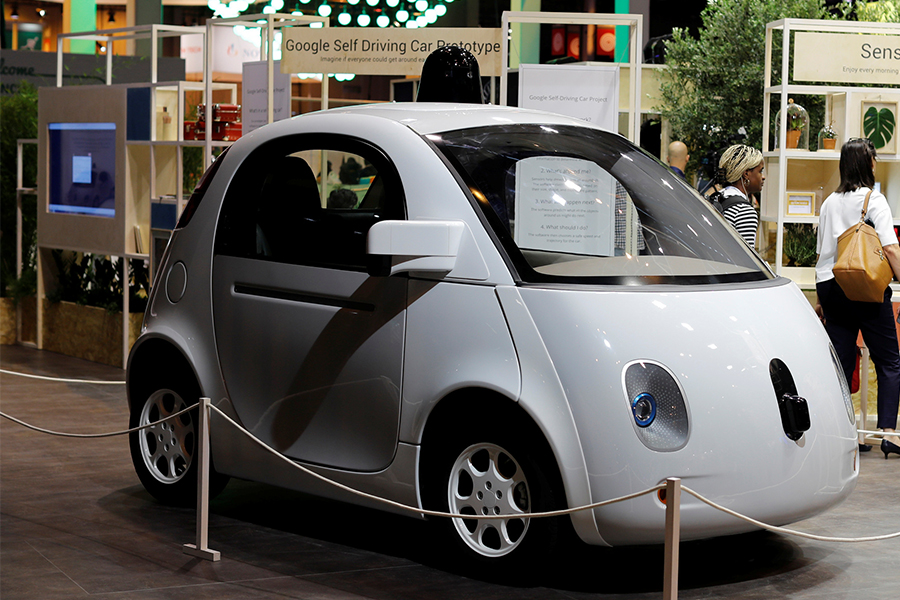 A self-driving car by Google is displayed at the Viva Technology event in Paris, France, June 30, 2016.
Image: Benoit Tessier / Reuters

The world’s first competitive motoring event took place in 1894 from Paris to Rouen in France, over a distance of 126 km that was organised by renowned French journalist turned politician, Pierre Giffard to publicise his newspaper, Le Petite Journal. The paper promoted the event as a Competition for Horseless Carriages that were not dangerous, were easy to drive, and cheap during the journey. The 'easy to drive' clause precluded the use of a travelling mechanic or technical assistant, thereby making steam-powered vehicles ineligible for the main prize.

Albert Lemaître, famous French sporting motorist during that era, drove his Peugeot Type 7 from Paris to Rouen in 6 hours and 51 minutes at an average of 19 km/h (12 mph). The vehicle was powered by an engine built by a little known company called 'Daimler' and bicycle and tyre manufacturer Adolphe Clément-Bayard was the front passenger. However, the winner of the event was the internal combustion engine that had arrived and which over the next century would go on to power industry and change the world.

Fast forward 120 years, in 2015, Daimler’s website reports that in Singapore's One-North district, a small electric self-driving car whizzing along with a camera system on its roof, weaves through the on-coming traffic (in Singapore they drive on the left like India) immediately swerves around an illegally parked motorcycle to park itself. But what is special about it? The car does it all on its own, without the intervention of a human driver. The small white car is driving autonomously and is operated by the Future Urban Mobility initiative of the Singapore MIT Alliance for Research and Development (SMART), a partnership between the city state and the Massachusetts Institute of Technology (MIT) from the US.

What has been the tectonic shift?
Benedict Evans in his outstanding article in 2015 points out three shifts – Mechanical to Electric, Owner to Shared and Driven to Autonomous that feed into each other.

Mechanical to Electrical
The internal combustion engine was a combination of pistons, gears, rods and other parts numbering approximately 2,000. These parts, over time, need replacement on account of wear and tear that has created meta-markets and an industry of ancillaries and servicing cars. None of these failures are expected in an electric vehicle drivetrain that contains just about 20 parts. This means, one can safely assume that a system with 100 times fewer moving parts will be more reliable. We now live in a world where Tesla claims its cars have lasted a million miles while most cars with internal combustion engines last only 150,000 miles. This, of course, is just the beginning. Volvo has already become the first major car manufacturer to commit to start phasing out its combustion engines and gas-powered vehicles from 2019 and targets to sell one million electric and hybrid cars by 2025. The loud and clear message at the 67th edition of the Frankfurt Motor Show (September 2017) was  “Electric is the future” and that autonomous cars driven by artificial intelligence are closer to reality than ever before. Anand Mahindra, chairman of Mahindra & Mahindra (M&M), the only manufacturer of electric vehicles in India, recently said at the Bloomberg Global Business Forum in New York that “This (electric vehicles sector) is not a trade-off. This is the single biggest business opportunity for the next couple of decades. Anyone not looking at these opportunities is going to miss out on growth.”
Owned to Shared vehicles
On-demand availability changes car ownership, and also changes which cars are bought. Uber and Ola in Indian cities have already made significant inroads in consumer attitudes and preferences of commuting!
Driven to Driverless
Now the attention is shifting to self-driving cars. For a long time, Google's self driving car project was in news. The list now includes Volvo, Cadillac, Jaguar, Bosch among other manufacturers. These self driving cars, when they happen, can potentially change the adoption of on-demand, and transform who buys cars. Driverless cars in on-demand car service cuts the cost, since there are no drivers to pay, lower maintenance costs and lower accident rates which can mean cheaper insurance. In addition, autonomous cars expand supply for on-demand services, and make available more cars to be used for on-demand when their owners aren't using them and create a second-order effect of asset utilisation as a business model.

Some of the other implications of this paradigm shift will be
- Drivers, mechanics and garages will need to reskill or reinvent themselves
- The cost to commute will become the 'next telecom' (virtually free, that is)
- Most cars will be made from recycled steel, as a result of which, ore companies and alloy makers will be impacted
- Fossil Fuel / oil-based countries and economies are likely to face crisis – the silver lining being, terror funding will considerably reduce
- Cash-rich automotive lubricant companies will discover there is nothing much to lubricate

Tweets by @forbes_india
HAL files DRHP with market regulator Sebi
It's safe to say that cloud has become the norm: Bikram Singh Bedi