Lease economy, share economy: whatever you call it, the rental economy is here and changing the way Indian consumers use assets 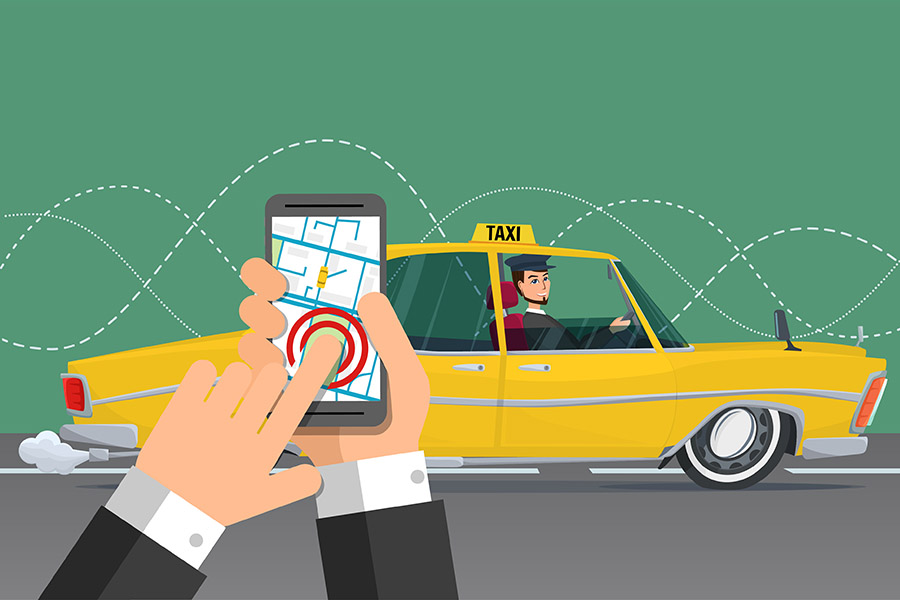 Evolution of technology has worked alongside to transform the very idea of “owning” things
Image: Shutterstock

Consumer behaviour in the last decade or so has been undergoing major shifts. The move away from “owning” towards “leasing, renting and sharing” and “refurbished” has gained momentum. Ownership of anything is gradually losing its pre-eminent role as a status-generator or convenience-provider. Consumers are becoming increasingly conscious of their carbon and waste footprint on the planet. Moreover, evolution of technology has worked alongside to transform the very idea of “owning” things.

In the services industry, one does not own the means of production of the service. For instance no one owns the ATMs from which banks issue currency. One only “consumes”, as separate from “possessing”. This differentiation might have a significant potential in how consumers behave in the domain of physical goods too.

As resources like time, money and space become limited, it makes economic sense to reduce the time and money required to maintain a physical product, to spend less money upfront to acquire it and consume little or no space to store it. The results are significant in terms of cost savings.  For illustration, let us compare the ownership cost of a car today to the cost of hiring a ride-hailing cab service. If we were to buy a car priced ₹ 800,000, bought on a ₹ 100,000 down payment and the balance on a loan at 8.75 per cent rate of interest for 5 years  as a reference point, we get the following table of costs: 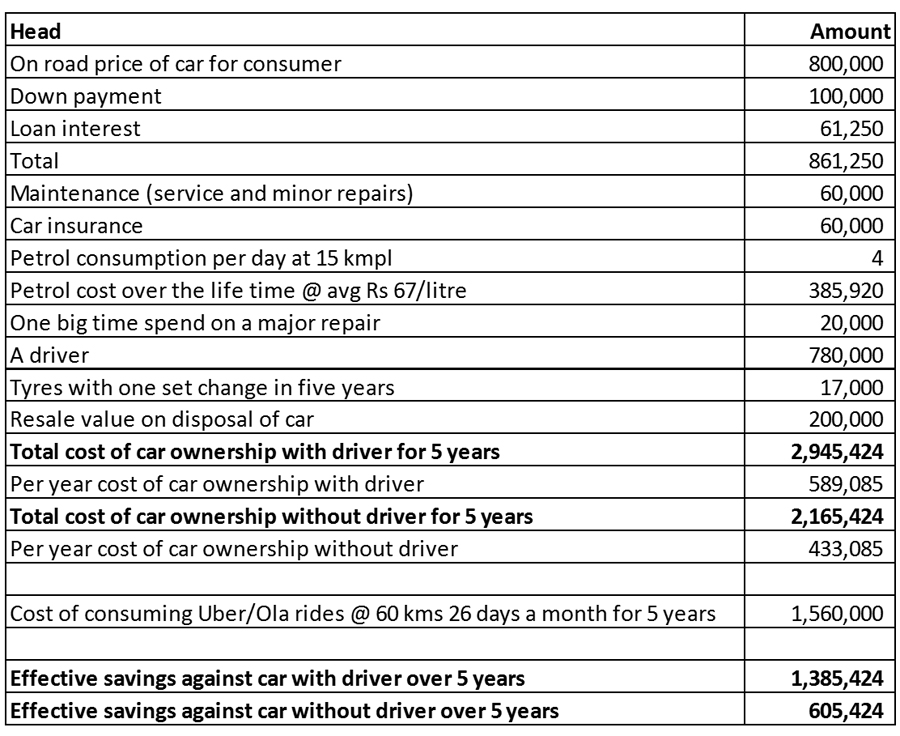 Thus, the argument in favour of hailing a ride is very sound from an economic point of view as is evident from the above analysis. In brief, one makes a significant saving of ₹13.85 lakhs or ₹6.05 lakhs (give or take a few thousands) depending on whether the comparison is with a car with a chauffeur or without, respectively. To this if we were to add in sharing options such as Uber Pool, the savings become larger. Furthermore, a consumer is seeking much more than utility with a monetary perspective. Try putting a monetary value to a dysfunctional left knee and ankle due to constant city driving. Daily drivers are complaining of upper shoulder pain too despite power steering facility in all cars today. Add the medical cost of rising blood pressure and other stress related issues due to traffic conditions. The case in favour of NOT OWNING a car appears water tight. One must of course factor in emergency situations like a quick trip to the hospital in the middle of the night where owning a personal car might be more appropriate.

Similarly, ownership of a home ties a consumer down to a particular geography. In these times of having to move to wherever the job is, it makes little sense to tie down your hard earned money and yourself to a brick and mortar structure. The individual is ready to move to where the job takes her and as her family grows she can choose a home closer to the requirements of the life cycle stage – schools when kids are young, hospitals when parents and self are getting older, and finally moving into a fully serviced old age apartment after retirement. Similar calculations as for the car will show that the ownership of a home is less attractive financially compared to a rented accommodation over the long run.

The above are big ticket items. Smaller value products, depending on their use category may or may not be amenable to renting, leasing or sharing.  Many personal use items do not lend themselves to sharing, such as hygiene products or apparel. Footwear faces a size and fit problem and hence is not suitable for renting. Bicycles, furniture, and special occasion attire, need only be rented. Scooters, refrigerators and washing machines would be best leased, not owned. Schools could recycle books and school uniforms.

Given that Indians per se do not very much like the idea of “second hand”, “used” or “refurbished”, it will take some getting used to. The value proposition here is simple: a cheaper, smarter alternative for the pocket as well as for the planet.  Greendust.com is a great site for acquiring surplus, refurbished and branded open box items at much lower rates. Throw in the added benefit of reducing your carbon footprint and it’s a winner.

The two together - sharing/leasing/renting and refurbished goods consumption – would lead to much wiser financial and eco-friendly consumer decisions. As consumers become increasingly aware and concerned about their environment and the amount of money that can be saved, behaviour will evolve towards a sharing economy.

Tweets by @forbesindia
Ensuring Nutrition Security: What the government can do
Aviation's high-flying billionaires