Few companies can boast a customer base as loyal and engaged as BTS fans. In a case study, Doug Chung shares what marketers can learn from the boyband's savvy use of social media and authentic connection with listeners 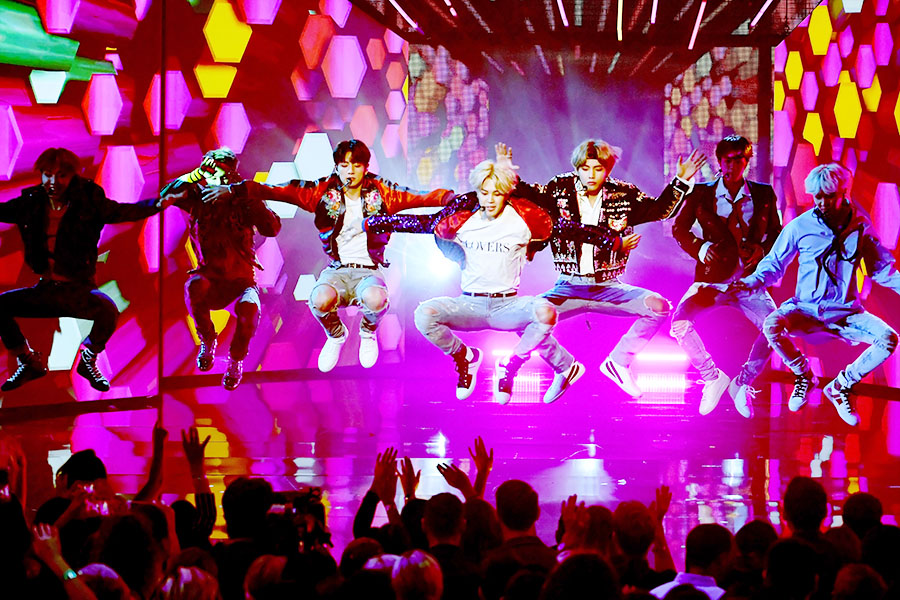 In 2019, BTS joined The Beatles and The Monkees as the third band in 50 years with three albums at the top of the Billboard 200 chart in the same year Image: Kevin Winter/Getty Images

What would it take to attract customers who are so loyal that they would not only buy your products, but would also lavish your distributors with flowers and purchase advertising to elevate your brand? Ask the minds behind K-pop sensation BTS.

Created by a Korean management company, BTS found itself improbably shattering records held by Justin Bieber and The Jackson 5, and amassing 100 million fans. In 2019, BTS joined The Beatles and The Monkees as the third band in 50 years with three albums at the top of the Billboard 200 chart in the same year.

In a recent case study, “BTS and ARMY,” Harvard Business School associate professor Doug Chung and research associate Kay Koo show how BTS marshalled its legions of devoted fans—known as the ARMY (Adorable Representative M.C. for Youth)—to champion the band on social media and send it to mega-stardom. The large, loyal following was a big part of what investors were buying when BTS’ management company raised $50 billion in its 2020 IPO, leading Chung and Koo to take a closer look at what business leaders can learn from the band’s effort to draw a large crowd of die-hards.

“They’re authentic and genuine,” Chung says. “They would directly communicate with the fan base. The effective use of social media was how they created an ecosystem.”

K-pop, or Korean popular music, emerged in the 1990s, the product of heavy government investment to create a unique cultural export. Music agencies built acts using an idol system that managed all aspects of stars’ lives and trained them in singing, dance, and even foreign languages.

However, when BTS debuted in 2013, the band’s music didn’t immediately take off. Its first two albums flopped; its third album was a moderate success. Lead singer RM reminisced about BTS’ rough start in an interview with the Korea Herald: “At the time we debuted, I still remember how people mocked and hated us. Once I thought, ‘Will I be able to perform here at the Gocheok Sky Dome [a large domed baseball stadium in Seoul] in my lifetime? And my answer back then was, ‘No.’”

“BTS was like a startup,” says Koo, who was an early fan of the band. “They had no resources. They needed to differentiate.”

Their fortunes changed during a trip to Los Angeles in 2014 to attend the Korean cultural festival KCON. RM remarked, “It was the first time we had such a huge crowd. … Apparently, KCON 2014 LA was the starting point of our US fanbase.” Days after KCON ended, BTS released Dark & Wild, which sold over 100,000 copies that year. A global concert tour kicked off that fall, drawing 80,000 people in 13 countries.

The ARMY flooded radio stations with flowers to thank them for playing BTS music. In March 2021, when BTS appeared on a South Korean TV show, the ARMY purchased all the advertising so there would be no interruptions. One ARMY member was driven to stream as much of a new song as possible to propel the band to the top of the charts, recalling, “I have activated all my old phones and the ones in my family to stream songs. … I felt like BTS and I were inseparable, so that made me try harder for their success.”

BTS’ connection with its fans became evident when it first earned the Billboard Music Award for Top Social Artist in 2017, ousting Justin Bieber and holding onto the title ever since. Some analysts predicted that the band would do more to grow South Korea’s gross domestic product over 10 years than the 2018 PyeongChang Winter Olympics.

Underdogs with a strategy

The band’s explosion was the result of a carefully designed and well-executed strategy. Si-hyuk Bang, the founder of the group and CEO of its management company, Hybe, explained, “Fans used to be passive receivers, but now they have grown to be active supporters that contribute to the artist’s growth.”

To grow a loyal following, Bang said BTS followed a five-step strategy—a roadmap that many business leaders may also consider adopting to grow their customer base:


From a business perspective, BTS’ strength lay in its ability to identify and nurture its target market and make use of the correct channel to reach fans, says Chung.

“They targeted a niche market, the underdog, and were still able to focus on that niche market, despite their popularity. It’s fascinating,” Chung says.
Trying something new

BTS recently announced that it’s going on hiatus while band members focus on their individual careers. Chung and Koo say this is only the next step in their journey, and there’s a lesson here for businesses to follow as well.

“They keep evolving,” Koo says. “This is the second wave.”

After all, Chung says, part of a successful business strategy is not to get complacent but to always challenge oneself and innovate to stay relevant with market trends. He points to the example of photo company Eastman Kodak, back then the market leader, which clung to film even though it had the technology used in digital cameras. Computing giant Microsoft, also the market leader, by contrast, reinvented itself by proactively seeking change and investing in the cloud.

“BTS is differentiating. They are trying something else. They are not satisfied. They want more, they hunger for more,” Chung says. “Businesses are always changing their outcomes of interest. Successful companies are constantly changing and transforming with the times.”