Dodla Dairy: Greener grass on the udder side

After trying to grow mushrooms and export mangoes, Sunil Reddy's quest for fresh pastures led him to a sector with minimal private sector presence: Dairy 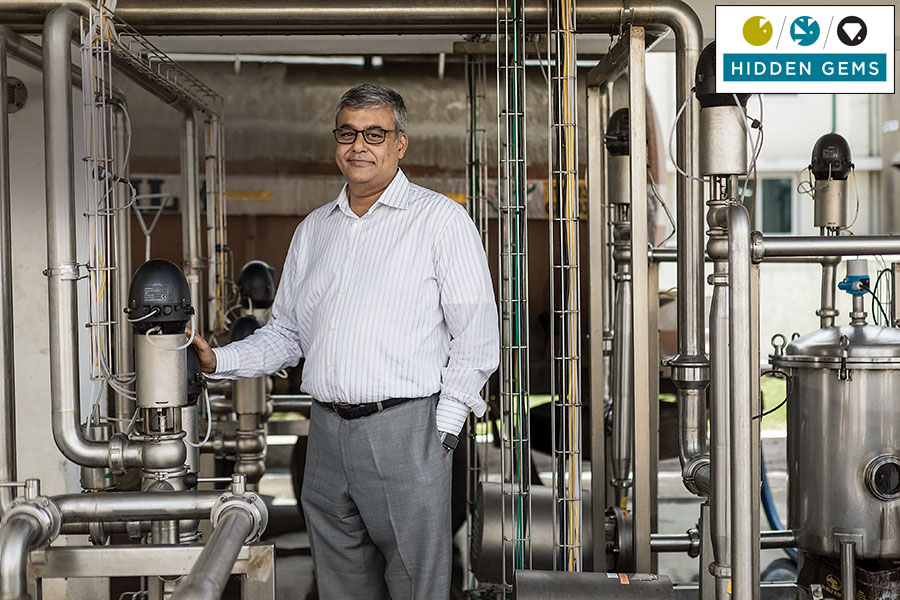 Sunil Reddy says the recent gush of funds has made Dodla Dairy a more disciplined outfit than it was earlier; Image: Harsha Vadlamani for Forbes India
It took Sunil Reddy about five years after graduating from Manipal Institute of Technology in 1990 to find his calling. After earning a degree in industrial engineering, Reddy struck out on his own by growing mushrooms. The business sank without a trace. His next stab at entrepreneurship was exporting mangoes to Singapore, which didn’t move the needle either. A business plan to float a textile manufacturing unit remained on paper after Reddy failed to secure funds. A brief stint with the family’s civil construction business didn’t excite him either. 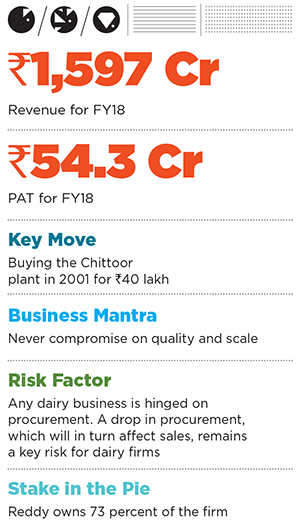 It was then that Reddy’s father-in-law, dairy scientist MS Reddy, suggested he scope out the dairy segment. Consumption was on a rise in post-liberalisation India. Also, India had transformed itself from a milk-deficient to a milk-surplus nation, thanks to the massive success of Operation Flood, started by the National Dairy Development Board in 1970. But, milk production was largely a stranglehold of dairy cooperatives.

“There wasn’t much of activity. There were a few companies, which made me say, why not? It was dominated by cooperatives and people stood in queues to buy milk back then,” says Reddy, 50, in a phone interview to Forbes India.

Back then, cooperatives such as Karnataka Milk Federation, which sells products under the Nandini brand, Aavin Dairy in Tamil Nadu and Vijaya Dairy in Andhra Pradesh were at the top their game in South India.

Reddy launched Dodla Dairy in Chennai in 1995 (he shifted to Hyderabad in 2006) with approximately ₹9 crore pooled in from his father, IDBI Bank and venture capital firm Ventureast.Reddy was fortunate to be able to navigate the first hurdle in—procurement of milk—thanks to his philanthropic grandparents. His family had built the first women’s college in Nellore, Andhra Pradesh, apart from setting up schools and hospitals. The family enjoyed tremendous goodwill in the region. Hence, when Reddy approached local farmers to supply him milk, most of them obliged.

His first factory in Nellore became operational in 1997. By the first year of operation, Dodla Dairy had sold about 30,000 litres of milk in Chennai. But that wasn’t enough. After all, he had to make provisions to pay pay interest in high teens on the money borrowed from IDBI Bank.

In 2001, Reddy bought a dairy plant in Penumur, Chittoor, for ₹40 lakh. That turned the tide in his favour.

“The Chittoor plant turned us around. It gave us a return of about ₹1.5 crore within the first two years and helped us reduce the burden on debt for the bigger plant,” says Reddy. He hasn’t looked back since.

Over the past two decades, Reddy has grown Dodla Dairy into a formidable dairy company. The company has a processing capacity of 10.2 lakh litres of milk every day, sourced from about 2 lakh farmers in the southern states of Tamil Nadu, Andhra Pradesh, Telangana and Karnataka. It operates 66 chilling stations and 11 processing plants.

Dodla Dairy is catching up fast. The firm posted profits of ₹54.3 crore on revenues of ₹1,597 crore in the last fiscal. While milk accounted for about 65 percent of the turnover, milk products constituted the rest. The products, which include curd, ghee, butter and paneer, fetch Ebitda margins from 7 percent (for butter and ghee) to 20 percent (for curd), according to Care Ratings. Dodla Dairy also sells its milk products in Gujarat, Madhya Pradesh and Rajasthan.

Among the private companies, Dodla Dairy is estimated to be the largest in Karnataka, while it is third in the pecking order in Tamil Nadu, behind Heritage and Thirumala, and fourth in Andhra Pradesh, behind Hatsun Agro, Thirumala and Heritage.

Dodla Dairy’s latest salvo at the big guns is a fully automated manufacturing unit in Hyderabad that started production last year. The growth has also attracted a couple of marquee investors. In 2012, the company raised ₹110 crore from Proterra Investment Partners. Until then, the firm functioned on money borrowed from banks to meet working capital needs. In May last year, Dodla Dairy raised approximately ₹320 crore from TPG Capital, paving an exit for Proterra.

The recent gush of funds has made Dodla Dairy a more disciplined outfit than it was earlier, admits Reddy.

“My father keeps asking me why we took private equity money. It was more about increasing our knowledge and bandwidth going forward and not much about the money. Much of the money is still lying in the bank. They [the investors] helped us professionalise the company,” he says with a laugh.

Dodla Dairy, however, doesn’t register a blip beyond the southern states. Once it looks beyond its stranglehold, the firm will compete with Amul, Kwality Ltd, Parag Milk Foods, Prabhat Dairy and Mother Dairy. Apart from the regional satraps in South India, Dodla Dairy also fights for market share with the likes of Nestlé, Britannia and ITC, especially in the milk products segment.

Does Reddy harbour national ambitions? “For us, the idea is to blanket each state. Wherever there is a viable opportunity, we will go there,” he says.
The firm’s rapid growth is anchored on its watertight supply chain, says Sarath Naru, founder and managing partner at Ventureast.

“A farmer should give you the milk and not somebody else. That means the farmer should be paid diligently on the promised date. This was pursued religiously by Sunil. He was smart in getting the operations right. The supply chain is firmly in place. Sunil invested in operations and backed the right people,” says Naru. For instance, BVK Reddy, CEO at Dodla Dairy, and Krishna Reddy, general manager of procurement, have been with the firm since inception.

Sunil Reddy claims the milk hits the market in about 24-36 hours of being procured.

He is now looking to replicate the success he’s tasted at home in Africa. In 2014, the company bought Hillside Dairy and Agriculture Ltd, which has a processing unit in Mbarara in Uganda, for about ₹14.5 crore. The African operations contributed ₹32 crore to the company’s topline last fiscal. Further expansion to other countries is on the anvil.

The firm continues to assess new opportunities in other emerging markets, says Reddy. “If I may say this, the world is our oyster,” he says.