Leadership is about conquering the outside from the inside. It is about developing the ability to see imperfection perfectly 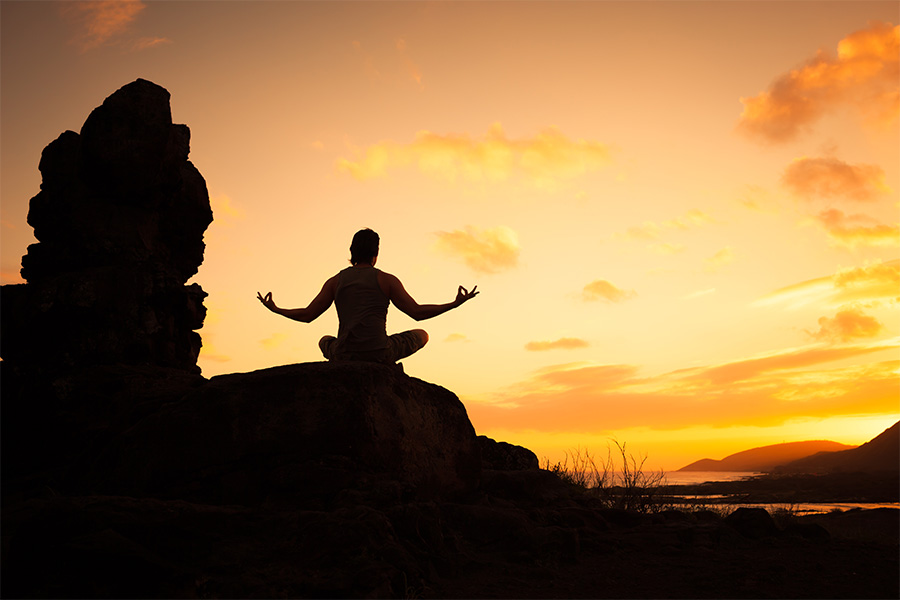 The successful leader must learn to function from the seat of transcendental wisdom
Image: Shutterstock

Successfully meeting the challenge of effective leadership has two aspects that are integral to it. The first of these consists in restoring primacy to dharma or righteousness and satyam or fidelity to truth as its essential success indicators, while the second might be termed as ‘outer’ development and ‘inner’ development. These four attributes are critical to developing leadership competence. What are missing in mainstream discourse on leadership development are the insights that can be found in ancient Indian wisdom.

These insights need to be contemporized so that they speak a modern idiom and contextualized to enable grasping their relevance to what we are witnessing in the world today whether this refers to the unprecedented emergence of the Right in different parts of the world, the closing of borders, terrorism, racism or the distinct possibility of violent conflict.  What the world desperately needs today is precisely the ability to uphold dharma and practice satyam.

This explains why our ancients spoke of the Purusharthas. It is derived from two words including Purusha (meaning the indweller of the human body) and artha (referring to health, wealth and experience). In the Vedic view, reality is shaped by our thinking or as Swami Rama once expressed it: “You are the architect of your life. You build your own philosophy and construct your own attitudes”. In general this means that just as we are careful about food we provide to our bodies, we need to be cautious about thought currents that we provide to feed our mental make-up.

The Purusharthas help in defining the goals of human existence and these include (a) dharma or righteousness considered in its entirety, (b) artha or material prosperity and mental equanimity (c) kāma or material pleasure and (d) moksha or liberation from attachment born out of desire. If the Purusharthas help to define the goals of human existence, it is righteousness and truth that are weapons with which we engage worldly existence.

Dharma has many meanings and can justifiably be explained in multiple ways. But it essentially refers to be in a state of flow with our higher nature. Indeed it can be posited that we are given the gift of life precisely so that we can conquer our lower natures through our higher natures. Anything that contributes to promoting harmony in the universe can therefore be qualified as protecting dharma.

Truth is more complex. The scriptures also tell us to refrain from exposing the truth if the other is not ready to absorb its bitterness. In that case our duty lies in creating the wherewithal to help the person absorb the truth. These are precious truths that require a high degree of internalization for them to be practiced.

Visionary leaders listen to their inner selves. Indeed, they find it impossible to lead without that inner conversation. Examples of such leaders include Mahatma Gandhi, Martin Luther King and the Dalai Lama. There are many more. There are numerous stories (all of them true) of how the physical might of Alexander the Great was humbled by the pristine wisdom of Indian sages.

King Ashoka, Abraham Lincoln, Mother Theresa, Gautama Buddha, Nelson Mandela are yet other examples in other walks of life. There is little doubt about the fact that leaders realize the best they have in themselves when they realize that they are but instruments of a Higher Power. They reach this understanding through a trial of fire and it is this fiery engagement that helps them internalize greater truths. So leadership is about conquering the outside from the inside. It is about developing the ability to see imperfection perfectly.

Successful leaders are unafraid of the trial by fire. Lord Jesus spent forty days in the desert and resisted temptation offered by Satan. Waging war, King Ashoka realized its utter futility. King Bhoja realized that he could not measure up to the greatness of King Vikramaditya. The hunter Ratnakar became renowned as the Sage Valmiki when the Sage Narada made him to realize that even his own family was unwilling to share his karma.

The successful leader must learn to function from the seat of transcendental wisdom. This understanding forms the core of that extraordinary work called the Yoga Vasistha in which the sage explains the art of self-realization to Sri Rama. This truth was understood and deeply inscribed in the annals of ancient India. The role of the spiritual preceptor lay in helping the king practice both truth and righteousness. Lord Rama had the sage Vasistha as his Guru, Lord Krishna had the sage Sandipani as his Guru and in more recent times, the great Maratha king, Shivaji, had saint Ramdas as his Guru. The role of the spiritual preceptor anchored in transcendental wisdom is critical.

The challenge of leadership in the universe we live is as urgent as it is compelling. Leadership talent needs to be nurtured across state and civil society.  The crisis of leadership in the world is a direct result of the fact that people occupying leadership positions lack the wherewithal to deal with the challenges they confront because they have not been through a trial by fire. Touching fire is tantamount to becoming fire. The torch was first lit in ancient India. It must now embrace the universe.

The author is a Senior Professor in IIM Bangalore.

Tweets by @forbes_india
How your bonus affects your colleague's behaviour
GST rules: One leg still stuck in old taxes