India's Richest 2019: Those who slipped and crashed out

With a slowing economy, billionaires who had leveraged to expand their businesses hit a wall. Fifty-two listees saw their rankings fall, while seven fell off the list 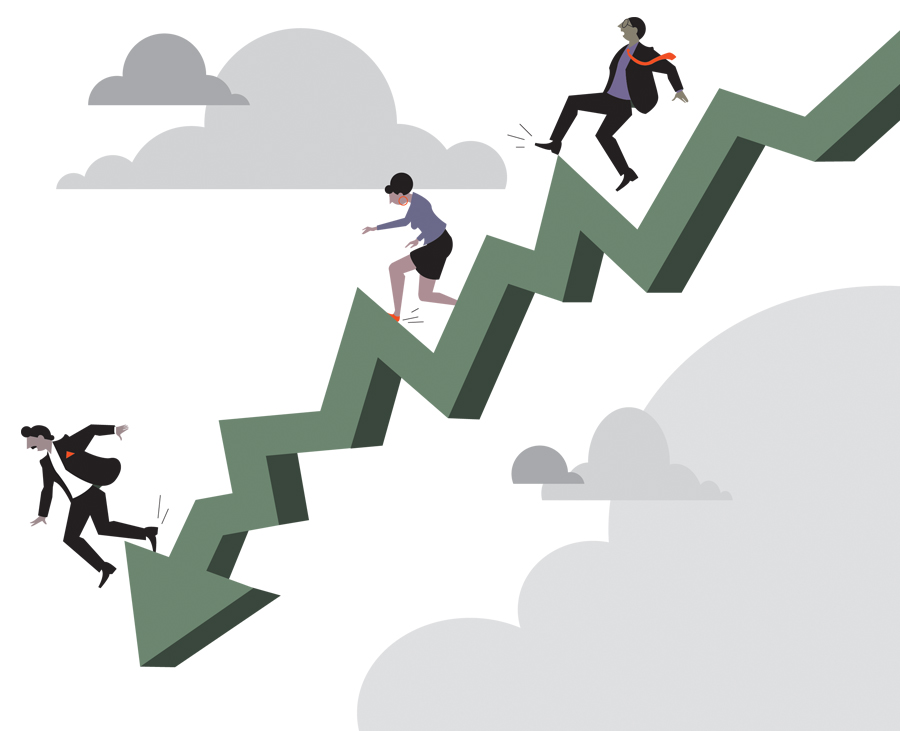 If your aspirations are not greater than your resources, then you are not an entrepreneur. The late management thinker CK Prahalad would often encourage entrepreneurs to stretch their limited resources to fit their ambitious plans.

India’s tycoons—flush from a decade of rapid expansion in the early 2000s—stayed on the same path for much of the next decade. But as the economy slowed and Indians bought fewer cars and homes, the entrepreneurs behind these businesses realised their balance sheets were stretched.

“In a good market, everyone wants to lend, but in a bad market, the pullback in credit can be brutal,” says Pradeep Gupta, vice chairman at Anand Rathi, a financial services firm. Starting late 2018, several billionaires found themselves up against the limits of more leverage than they could support. They’re furiously trying to deleverage, but their business valuations have taken a hit. As a result, 52 billionaires on the 2019 Forbes India Rich List saw their ranks fall while seven exited the list altogether.

Before we analyse the reasons for their downfall and exits, let’s look at some prominent gainers, who stuck to their knitting and did not diversify, preferring to instead return the money to shareholders through dividends or buybacks. The sectors they operate in reported steady growth with high rates of return on equity.

Take paints for instance. The Asian Paints founders as well as the Dhingras of Berger Paints gained a cumulative $5.04 billion. In consumer goods, Madhukar Parekh of Pidilite is up by $1.75 billion and Harsh Mariwala of Marico added $650 million, moving up eight spots to No 24. There was one notable exception though. Sunder Genomal, the boss of Page Industries—which owns Jockey and Speedo franchises in India—saw growth, and with it, evaporating stock prices. He slipped to No 73 from No 60 last year.

At the other end were companies that saw their performance sag as a result of poor demand. Prominent among these were residential real estate, steel, automobiles as well as the vast auto component industry.

Savitri Jindal, head of the OP Jindal group that controls JSW Steel and Jindal Steel and Power, run by Sajjan and Naveen Jindal respectively, fell six spots, from No 14 to No 20. Falling prices and slow demand meant that the group lost $2.55 billion in market cap. Still, this is exactly the kind of business that will do well when the market recovers and the government ups spending on infrastructure and demand for automotive steel climbs. Auto component billionaires Vivek Chaand Sehgal of Motherson Sumi and Anurang Jain of Endurance Technologies were down while Anurang’s twin Tarang, who runs Varroc, is out of the list. With demand for homes falling, Kushal Pal Singh slipped two spots to No 25 while Jitendra Virwani who successfully listed Embassy REIT in partnership with Blackstone, moved up 21 spots to No 50.

The increase in debt levels was not merely restricted to entrepreneurs who had committed to large grandiose projects. Even businesses with steady demand increased leverage. Kishore Biyani’s flagship Future Retail saw debt more than double to `2,657 crore. Harsh Goenka’s CEAT and KEC International both saw market cap fall as the working capital employed in the business increased. Ditto for Vedanta’s Anil Aggarwal.

And lastly, there were pledged shares that knocked valuations down sharply. In good times, entrepreneurs would mortgage future cash flows for expansions in areas outside of their core businesses. In Subhash Chandra’s case, loans were taken to fund education, green energy and financial services ventures, among others. Eventually, the loan covenants forced him to seek a moratorium on payouts and sell a part of his family silver Zee Entertainment to Oppenheimer Developing Markets Fund. He’s still in the market for selling another 11 percent of Zee Entertainment.

Billionaires who’ve dropped off or seen declines in net wealth have borne the brunt of an economy where private sector capex has been moribund for seven years now. At 17 percent of GDP, a declining saving rate leaves little room for a revival in capex. Their companies trade at valuations so cheap that if they weren’t leveraged, they’d be buying back their own stock. Gupta of Anand Rathi predicts we should start seeing some change in the next year as balance sheets contract and capacity utilisation inches up ever so slowly.