How the daily commute contributes to the gender wage gap

Women's aversion for commuting motivates them to look for closer and not-so-well paid jobs compared to men. 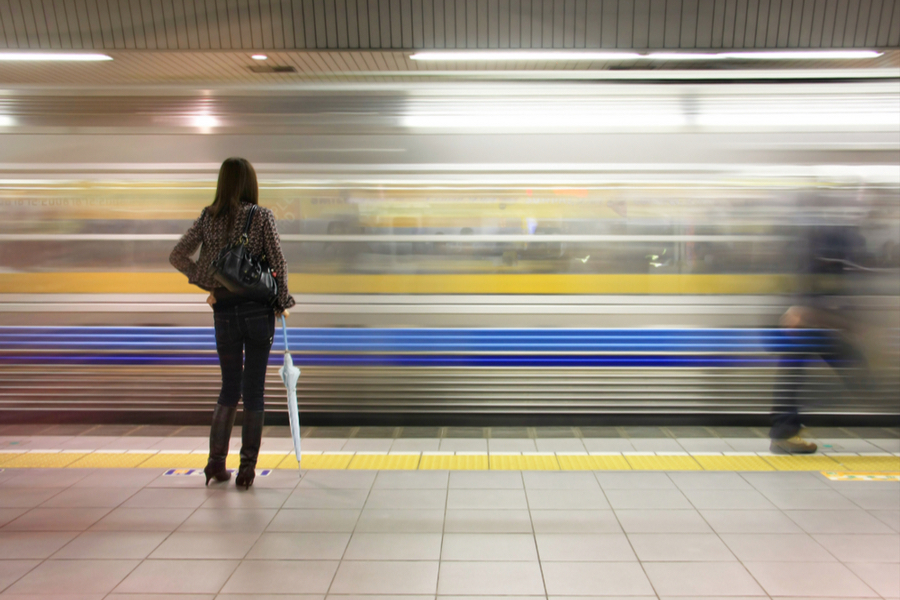 You’ve probably experienced a painful commute at some point in your life. With war stories to share, many of us have an opinion on what the ideal commute time should be. But when we go beyond the anecdotes and examine country-level data, an interesting story emerges, one that could help explain the gender wage gap.

On average, women still earn 20 percent less than men, based on a 2018 International Labour Organization report covering about 80 percent of wage-earning employees worldwide. Education is not the main issue: Women across the world “have just as good – if not better – educational attainments than men”, according to the report. However, we know that women work fewer hours. They also take up different professions, in different sectors and different types of companies. But once these factors are accounted for, women still earn 7 percent less than men for doing the same job, for the same number of hours.

Why is this? Other factors, sometimes harder to quantify, could be at play. Discriminatory employers may offer lower salaries to women. Female candidates may be less likely to negotiate their salary due to the social stigma against women who ask for more (for themselves). There might be yet another reason: From domestic chores to childcare to the logistics involved in running a household and having a social life, unpaid work remains heavily gendered. With such demands on their daily lives, women, in aggregate, value the benefit of a shorter commute and the ability to retain control of their schedule more than men. As such, they may be willing to lower their salary expectations, provided a job fits these criteria.

What the data show
When people register for unemployment benefits in France, they must fill out Public Employment Service forms. Among other questions, they must specify their reservation wage and maximum acceptable commute. Based on a sample of 300,000 workers, we found that, for comparable job characteristics, unemployed women search for jobs closer to home and are willing to accept lower salaries. Unsurprisingly, this is exactly what they get in their next job. We described our findings in a recent paper, “Gender Differences in Job Search: Trading off Commute Against Wage”.

On average, men are willing to accept a 14 percent longer commute than women. The difference between both genders is most pronounced (23.7 percent) for those who are married with children, but remains significant (7.7 percent) in the case of single individuals without children. We found similar patterns in publicly available data from the United States where the average desired commute is 47 minutes for men and 35 minutes for women.

A costly trade-off
Our model shows that around 10 percent of the gender wage gap is due to gender differences in the willingness to trade-off salary for a shorter commute. Women receive roughly the same number of job offers from distant employers as men do. But our study shows that women strongly value a short commute and therefore must be compensated more than men to accept far-away jobs. As a result, they are more likely to work close to home in jobs that pay relatively less.

Our dataset doesn’t reveal the reasons why women prefer shorter commutes. But, based on conjecture, looking after children is undoubtedly an important factor. As the primary caregivers, women shoulder most household responsibilities, which often includes ferrying the kids to school or day care. They may also be the first parent to be called when the child gets sick and needs to be taken home. Even if the woman doesn’t have kids, she may anticipate the day she becomes a mother and choose a job accordingly.

Consider also what happens when a couple owns only one car. Is the man more likely to use it, especially if his workplace is the farthest one from home? In the absence of a private means of transportation, women may not feel as safe on buses or trains, especially late at night. In such a case, it would also make sense for them to look for a job with the shortest possible commute.

What can be done?
Employers who are serious about helping to bridge the gender wage gap should consider offering flexible working arrangements, in particular remote work. Technology may hold a key to reducing the gender wage gap as it would allow more women to widen their opportunity net, beyond geographical or logistical constraints. Employers stand to gain too, as it would expand their talent pool.

Urban planning could play a part, too. We often think that only direct solutions will fix the gender wage gap. But indirect approaches could yield significant results. This could mean ensuring that public transportation remains as reliable (and strike-free!) as possible. Urban planning authorities could also encourage mixed-use developments to multiply the neighbourhoods offering an array of residential, commercial, office and community spaces all within a short radius.

Of course, the more housework can be shared equally between domestic partners, the more the gender wage gap could be reduced, as it might increase women’s willingness to consider a longer commute for a higher salary.

Alexandra Roulet is an Assistant Professor of Economics at INSEAD.

Thomas Le Barbanchon is an Associate Professor of Economics at Bocconi University.

Roland Rathelot is an Associate Professor of Economics at the University of Warwick.

Tweets by @forbes_india
SBI had to step in to help Yes Bank: Chairman Rajnish Kumar
Distance cycling: How to take on the long haul