Getting started with digital assets 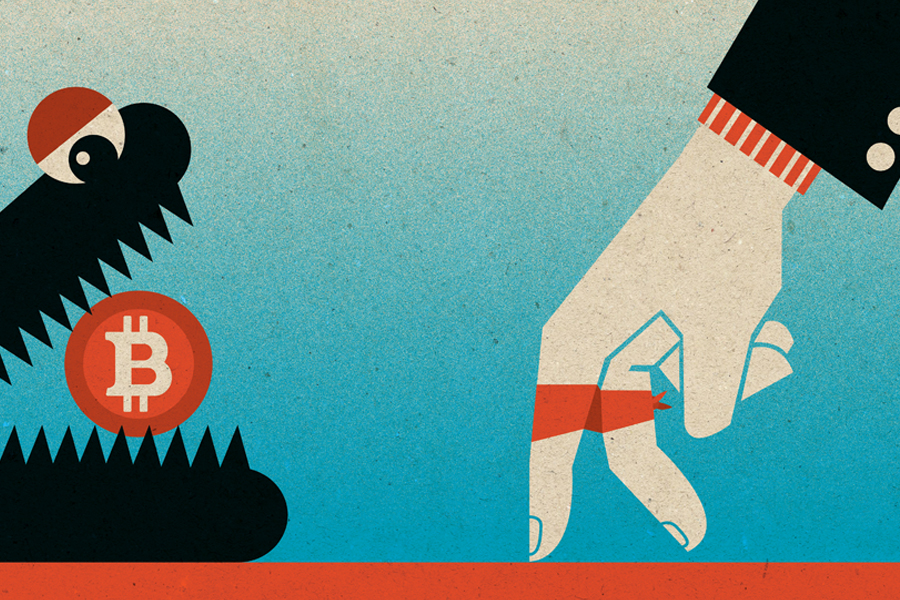 Illustration: Chaitanya Dinesh Surpur
Given last year’s roller-coaster cryptoasset ride, serious investors will find themselves pondering over more consequential questions: What value, if any, do these assets hold in the long term? What are the elements that could see this value being realised? And how much of a risk does regulatory action pose?

First, a disclaimer. With large parts of the cryptoasset ecosystem still being formed, there remains an awful lot that can change over the years. Although proponents say these assets should still be valued on the basis of conventional rent-seeking investments, there remains no consensus on how this would work. New forms of blockchain technology could displace older ones. And any number of risks, from regulatory and political to technical, could result in a particular cryptoasset losing all its value.

After speaking to a number of investors in cryptoassets, Forbes India presents a framework on how investors should think through their investments.

First, unless you believe that your cryptoasset is a store of value (explained later), try and understand what the real world uses of the asset are and how it derives value. In most cases, it derives value from being a part of a network backbone or being a part of a network of distributed applications.
For instance, imagine all land records in Mumbai were put on a blockchain and users could continually upload mutations on the ‘Mumbai land record blockchain’. This network would require bandwidth, computing power and memory drawn from a network of servers that for the moment can be spared. Users, in turn, would be paid with the ‘Mumbai coin’.

This Mumbai coin, would in time, be worth the amount of computing power it takes to maintain these records and a small premium. People would lend their computational resources in order to earn the Mumbai coin token, which they can then sell to users who need to upload land records on the blockchain, completing the loop. In short, these particular tokens have a clear use from which they derive their value.

So, investors in the Mumbai coin would need to work out what the value of this cryptoasset could be over a period of time when the land record blockchain is a lot larger and diverse.

Similarly, if a new company is setting up a payments transfer network or a smart contract blockchain, investors need to understand how large these could be over a long period of time and then work out the present value of those tokens.

Much like initial public offerings, initial coin offers contain information on the business area the company selling the cryptoasset plans to get into. Investors should study these before getting into such offerings.

Just like entering a company early in its growth cycle can be rewarding, so can buying a cryptoasset early. The advantages are obvious. Ether, which is the cryptocurrency (tokens) generated by the ethereum platform surged by 13,000 percent in 2017.

But just like buying stocks during an initial public offering is risky, so is buying a cryptoasset early on. For this reason, Ajeet Khurana, who heads the blockchain and cryptocurrency committee of the Internet and Mobile Association of India, allocates no more than 10 percent of his investments to cryptoassets. Investors need to be particularly careful of storage risks like wallet security, he says.

Second, there are a small number of individuals and organisations that use cryptoassets as a medium of exchange. If you’re buying them for this reason (unless you plan to use it on the dark web), think again for there are several reasons why the transformation of assets to currencies is a lot harder. The price volatility means that neither the user nor the merchant is sure whether the payment will hold its value.

Third, governments around the world are working hard to ensure that these don’t pose a challenge to their own fiat currencies. And since the costs of transferring money around can be prohibitive, banks and currency transfer companies are likely to cut fees significantly in the years to come reducing the arbitrage.

As an aside, a large number of investors end up trading in cryptoassets taking advantage of the price arbitrage between India and global markets. Nischint Sanghavi, head of exchange, Zebpay, cautions that this arbitrage has been reducing and at times bitcoin and ether in India trade below their global prices.

Fourth, there are investors who’ve taken a leap of faith and believe that cryptoassets are a store of value as in the case of bitcoin, which is often referred to as digital gold. This is probably the riskiest investment as there is no saying when the consensus forms to price them as an asset. As John Pfeffer argues in his paper ‘An (Institutional) Investor’s Take on Cryptoassets’, the way to then value them would be on the total $7.8 trillion of gold in circulation—either as a fraction or as a multiple.

As of now, it is likely that only the bitcoin may evolve as a cryptoasset that functions as a store of value. Based on a series of assumptions (a part of foreign exchange reserves being converted to bitcoin) Pfeffer has estimated the total value of bitcoin as between $4.7 trillion and $14.6 trillion—up from $189 billion that it is worth today.

But for investors who missed out on last year’s meteroric bitcoin rise, it’s likely to be a long wait till it gets there.

Tweets by @forbes_india
The equanimity of equities: LTCG tax is no dampener
ERM Monitoring & Communication: Two sides of the same coin