There's been little research on what brings about new procedures, despite how life-changing they can be 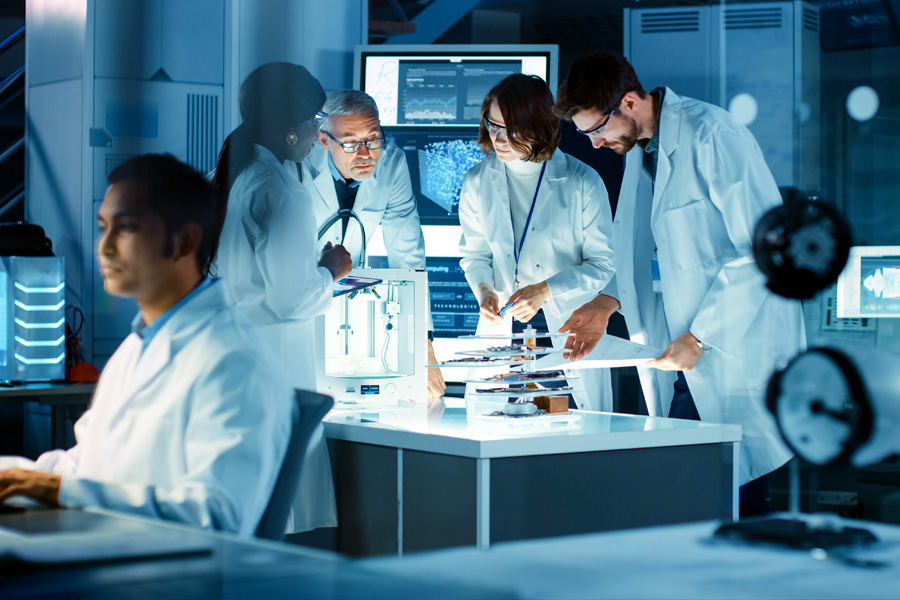 Although many researchers have investigated the incentives for drug innovation, far fewer have looked at medical procedures Image: Shutterstock

In David Dranove’s Health Economics class at Kellogg, he leads students through discussions of drug development, pricing, and regulation—and asks them to consider how all of these elements affect how new drugs come to market. What are the incentives for innovation? How do firms use innovation as a strategic advantage? How does drug innovation benefit society?

But Dranove, a strategy professor, acknowledges that when he lectures about innovation, he has the nagging feeling that something important is missing from what he’s presenting: innovation not of drugs but of medical procedures.

“I’m always thinking about the fact that everything we seem to know about medical innovation, at least from academic research, comes from drugs and biologics, with maybe just a little bit on medical devices,” he says. “And yet when you look at some of the most significant medical innovations, they are innovations in new medical procedures”—such as open-heart surgery, joint-replacement surgery, kidney dialysis, and various mental-health treatments.

Although many researchers have investigated the incentives for drug innovation, far fewer have looked at medical procedures. In fact, the whole process around medical-procedure innovation was a black box that Dranove realized he and his colleagues only vaguely understood.

So he decided to launch a new research project to catalog how the innovation and uptake of medical procedures happen, which he hoped would lay a foundation for his and others’ research in the area.

Dranove—alongside coauthors Craig Garthwaite, a professor of strategy at Kellogg, Christopher Heard, a former PhD student at Kellogg, and Bingxiao Wu at Rutgers who earned her PhD from Kellogg—tackle this in a new paper.

The researchers’ investigation quickly led them to the central role played by an administrative process: the assigning of CPT (“current procedural terminology”) codes to various procedures.

“If you think about anything doctors do that’s not prescribing a drug, it’s a procedure—and they don’t get paid for it unless they have a CPT code they can assign to it,” Dranove explains.

Notably, this administrative undertaking is not controlled by the government but by the American Medical Association, which owns the copyright to CPT codes. That means it’s up to the AMA to grant new CPT codes to innovative medical procedures. This includes provisional status, or Category III CPT codes, which many insurers do not reimburse, as well as fully reimbursed status, or Category I CPT codes, which insurers nearly always reimburse.

Dranove notes that the wait time for the provisional CPT codes is comparable to the timeline for new drugs seeking approval by the FDA—but that the process for medical procedures comes with more uncertainty and less transparency, since it’s controlled by the AMA.

“Who is the AMA responsible to? Do they have the right incentives?” Dranove asks. “I don’t want to say their process is wrong; I do want to say that it has not undergone the same scrutiny as the FDA’s process for drugs.”

Dranove enlisted the help of some of his MBA students to identify the most salient sources of data on medical innovation—and they were the ones who explained the importance of the American Medical Association’s CPT code catalog.

Dranove was struck by how little he knew about the AMA’s process and called the organization to ask if he and coauthor Wu could visit to learn more about it. The AMA agreed, and also gave the researchers unfettered access to all relevant meeting minutes and CPT code applications filed between 2008 and 2017.

The data allowed the researchers to chart the development process for new procedures and lay out timelines—from the initial research into a new procedure, to the FDA approval of any related medical devices, to the AMA’s approval of temporary CPT III codes to, finally, the promotion to permanent CPT I codes if there is sufficient evidence of the procedure’s effectiveness.

The researchers also pulled payment data from Medicare between 2012 and 2018, which gave them visibility into the procedures provided to Medicare beneficiaries during that period. This allowed them to track the extent to which a procedure’s adoption rate changed after being granted CPT I status.

The researchers discovered that between 2008 and 2017, only 29 percent of new procedures were promoted from CPT III to CPT I, or the fully reimbursable category.

What’s more, they estimate that it took an average of 10 years to move from the initial research phase to obtaining a CPT III—and over 16 years to make it to CPT I. And this promotion mattered, in a big way: Moving from CPT III to CPT I caused a nearly nine-fold increase in a procedure’s use by Medicare patients.

The upshot: achieving CPT I status is hugely economically beneficial—and, as the researchers write, “the considerable lag between the promotion from Category III to Category I CPT codes represents a meaningful economic cost for innovators.” This is largely because some procedures require a newly patented medical device, so the lag time may overlap with prime periods of market exclusivity of the device.

Why was the proportion of procedures elevated to CPT I status so small? Dranove acknowledges that it’s unclear from this study—and that he hopes other researchers will take up the question. It’s possible, he explains, that procedures that never graduate to a CPT I code simply don’t have the necessary enthusiasm surrounding them to get there, perhaps because they don’t represent a significant improvement over procedures already available.

Alternatively, it’s possible these procedures are effective, and that doctors would like to see them get promoted to a CPT I code, but that the current AMA process poses such a hindrance that it’s not worth it in many cases to push through.

This alternative theory is rooted in the fact that, unlike people who innovate new drugs, the innovators of new medical procedures retain virtually no intellectual property rights over their discoveries. (The AMA has pushed for legislation banning procedure patents, and its Council on Ethical and Judicial Affairs has appealed to “the open exchange of information without the expectation of financial reward for advancing medical science.”)

“The incentives to get a new procedure approved are diffused throughout a large number of stakeholders,” Dranove explains. He adds that, when it comes to expending the effort to conduct research and push for a procedure to be assigned CPT codes, “there’s a free-rider problem: everybody would like to see a procedure approved, but nobody has the incentive to get it approved.”

The researchers noticed a trend consistent with this theory: much of the time, medical societies were the ones filing applications with the AMA for new medical procedures, especially when the procedures involved nonexclusive devices or no devices. On the other hand, firms were more likely to apply for CPT codes when new procedures required an exclusive patented device—suggesting that they were motivated by a financial incentive.

Also read: Drinking from the firehose of Covid-inspired innovation

Throughout the process of approving CPT codes for medical procedures, the AMA is necessarily making many choices, Dranove points out. Among them: How much evidence should they require to support a procedure’s effectiveness? What should that evidence look like?

“These decisions have not been subject to public scrutiny,” Dranove says. “And yet, given the significance of medical procedures and how they affect our lives, we question whether that’s the right way to go.”

The researchers propose two main alterations to the AMA process: First, they believe the AMA should allow special designations for procedures that address unmet needs to help speed up the process of approval in these cases. Second, they suggest that a government agency like the Centers for Medicare and Medicaid could take over the coding process. Dranove points out a possible hindrance here, in that “the largest single source of revenue for the AMA comes from their copyrights on CPT codes.”

In Dranove’s mind, the most meaningful change could be simply involving innovators more in the process of creating new CPT codes.

“The AMA could work with applicants and tell them, ‘If you present this data, we will get this thing approved,’” Dranove says. He adds that the FDA’s process for approving drugs was initially very much like the AMA’s for procedures today. After years of reforms to the process, however, every drug company now works with someone in the FDA on an ongoing basis to talk about the quality of their data and what the approval process will require.

“To my mind, that would be the most important thing—for the AMA to be more proactive in working with the innovators,” Dranove says.