When it comes to morally dubious behavior, do startups get a pass?

Transgressions, such as treating workers badly, resonate differently when it's a startup versus an established company. 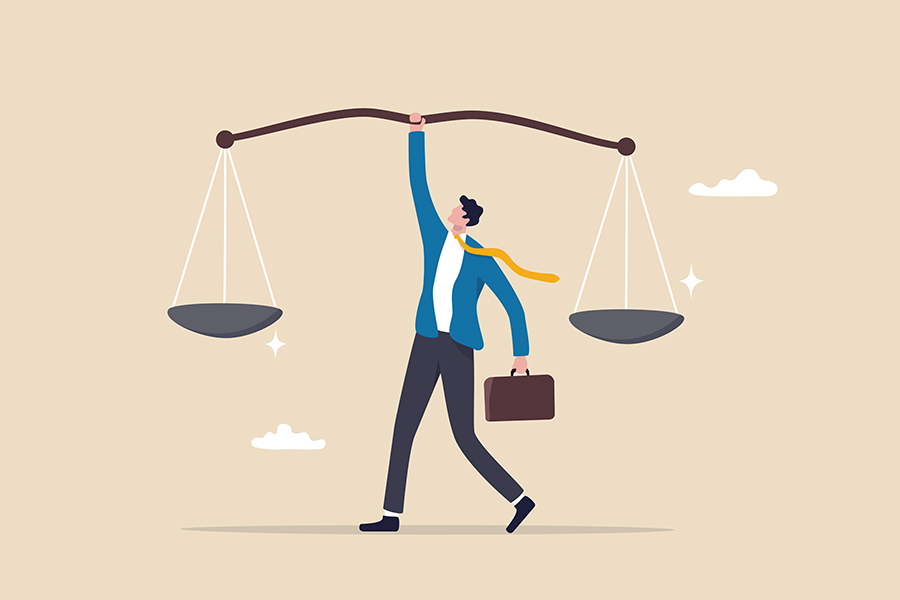 The researchers found that people view the same moral transgressions less harshly when committed by startups than by other companies
Image: Shutterstock

Over the past several years, startups that once seemed destined for greatness have faced significant public scandals. Think of the conduct of WeWork’s executives—and questions about the labor practices of Uber and other companies that rely on gig workers.

We’ll send you one email a week with content you actually want to read, curated by the Insight team.

The tribulations of these once-vaunted unicorns intrigued Monica Gamez-Djokic, a postdoctoral fellow at the Kellogg School. “Despite being involved in morally questionable behaviors, it seemed like a lot of these startups were still able to do really well,” she says. For, example, despite all of the public outcry over Uber’s corporate culture and treatment of drivers, many people still use its service.

The scandals got her thinking: Why did these companies get a pass for so long? Are people more lenient when startups, as compared with other businesses, operate in moral gray areas where they may not be breaking the law, exactly, but are generally outside of what we collectively consider acceptable behavior.

The answer to that question is a resounding “yes,” according to new research from Gamez-Djokic, along with associate professor Maryam Kouchaki and professor Adam Waytz, both in Kellogg’s department of management and organizations. They found that not only do people perceive startups as overall more prosocial in their motives than established companies, they also view startups’ moral failings more charitably.

In fact, the researchers found that people view the same moral transgressions less harshly when committed by startups than by other companies. “It’s really just the label of ‘startup’ that invokes these stereotypes and perceptions about a company’s morality,” Gamez-Djokic says.

Unicorns are graded on a curve

To start, the researchers recruited some 200 online participants and asked them to complete a survey. First, participants rated how familiar they were with 93 different companies: 49 Fortune 500 companies and 44 “unicorns”—startups that have achieved a billion-dollar valuation. (An experimental pretest with a separate group of participants determined that these unicorn companies were widely viewed as startups, despite their size and success.)

Next, participants answered questions about a random selection of 10 companies with which they had indicated they were familiar. They rated the motives of the people running each company (with one indicating “to make money, regardless of the effects to others” and five indicating “to serve society or customers”). They also rated how ethical they perceived the company to be and how committed they believed the company was to the well-being of customers and clients. Participants also answered a series of questions about each company’s performance, rating the quality of its goods or services, as well as their perceptions of its financial success.

Finally, participants were asked to rate how acceptable it would be for each company to engage in four different morally iffy actions: secretly collecting customers’ personal data, harming the environment, adopting new technologies that resulted in job losses, and not paying debts.

Using all of this data, the researchers conducted an analysis to see how participants evaluated the behavior of Fortune 500 companies and unicorns. They found that startups benefit from a halo effect when it comes to morality: unicorns were perceived as more ethical and more prosocial in their motives than Fortune 500 companies. Participants also viewed the four hypothetical moral transgressions as more acceptable when committed by startups.

Interestingly, this pattern held true even when controlling for company age and size, suggesting that stereotypes and perceptions about startups persist even when companies grow. Unicorns may not differ much from Fortune 500 companies in their revenue or number of employees—but simply being seen as a startup leads people to consider these companies’ actions with more leniency.

But the startup label isn’t advantageous in every area. Unicorns didn’t get the benefit of the doubt in areas unrelated to morality, the researchers discovered. Participants gave startups lower marks than Fortune 500 companies for nonmoral issues, like financial success and product quality. In other words, people aren’t grading startups’ overall business performance on a generous curve—just their moral missteps.

Next, the researchers wanted to make absolutely sure it was the startup label and not some other factor that explained this trend.

So, they recruited a new group of about 200 college students and presented them with a scenario: imagine a company whose business practices include hiring people but not giving them benefits such as sick leave, overtime, or health insurance.

Half the participants were told the company engaged in this moral-gray-area practice was an established retailer; the other half, that it was a new retail startup. Then, participants rated how immoral they found the behavior to be.

Statistical analysis revealed that participants judged the company’s actions more harshly when they believed it to be an established company than when they were told it was a startup. In short, the researchers write, “simply labeling a company as a startup is enough to influence the moral condemnation people express over a company’s morally ambiguous behavior.”

The limits of the startup halo effect

The first two studies probed people’s reactions to ethically questionable behavior—actions that, while not necessarily laudable, are potentially excusable when a company is just getting off the ground. What would happen, the researchers wondered, if the transgression was done for reasons that were more difficult to explain away?

As expected, participants rated the ambiguous transgression less harshly when it was committed by a startup as compared with an established company. However, in the face of a less excusable wrongdoing—denying benefits to some workers to benefit already well-compensated executives—startups and established companies received the same levels of condemnation from participants.

This suggests that there are limits to the protection provided by the startup label. When people hear about a gray-area action by a startup, they might be willing to overlook it because they perceive the company as inexperienced, not evil. But when presented with direct evidence of selfish or greedy motives for the behavior, they will no longer give it a pass.

“People are lenient with startups only when they engage in immoral behavior that’s ambiguous—not when it’s really severe,” Gamez-Djokic. “It’s only transgressions where there’s still room for people to rationalize.”

Why do startups get a break?

While the research does make clear that startups’ ethical transgressions are condemned less harshly, it doesn’t reveal exactly why.

The researchers’ final experiment shed some light on that question. Participants were presented with a choice between answering survey questions about either a company’s morality or its business performance. The researchers found that participants were less interested in the morality survey when the company in question was a startup as opposed to an established company. When given the option, it seems, we don’t just overlook the morally ambiguous actions of startups when we see them—we’re less likely to choose to scrutinize them in the first place.

Gamez-Djokic suspects larger cultural messages are part of the story as well.

Positive impressions of startups “are really out there in our cultural narratives,” she says. The technology sector tends to receive generally positive media portrayals; policymakers often describe entrepreneurship and innovation as good for the economy and the world.

Beyond these startup-specific factors, a general cultural desire to root for “the little guy” and the underdog could make us more forgiving, as could a general human tendency to associate newness with moral purity.

Whatever the reasons, it’s important not to let a generally favorable view of innovation cloud our moral vision. “This is a bias in our perception,” Gamez-Djokic says—and one we should remember we have.

The behavior of startups can become the norm across the business world. If one startup engages in questionable behavior without backlash or consequence, other companies might follow suit. “Something may seem more okay because it’s a startup doing it,” Gamez-Djokic points out, “but we’re setting the roadmap for what future companies are going to do.”

Tweets by @forbesindia
Apple made a change that is hammering internet companies like Meta
Photo Of The Day: Heading East