The price of a non-subsidised 14.2 kg LPG cylinder was Rs 858 in New Delhi in February 2020, compared to about Rs 575 last August, a near 50 percent jump in prices, adding to government concern 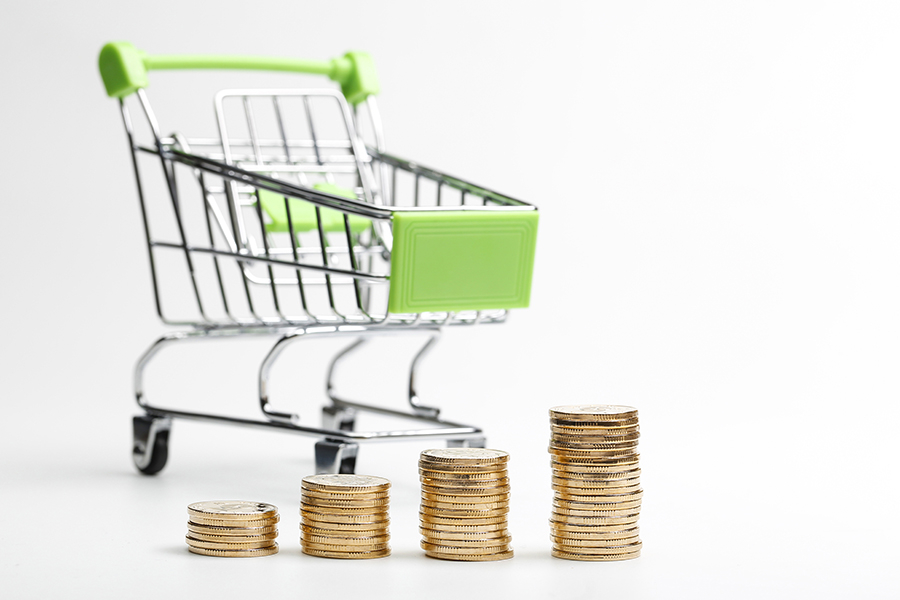 The ruling NDA is battling a rise in international LPG prices, a strong dollar and their impact on the retail consumer price index (CPI) inflation. Recent data shows that LPG contributed 31 basis points and firewood and chips an additional 10 basis points to headline inflation, in the three months to January 2020. 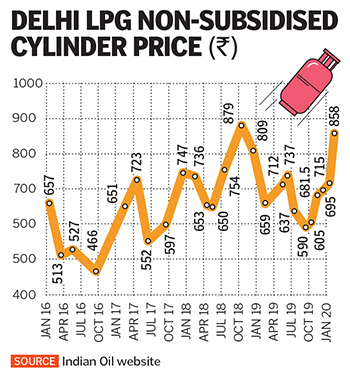 CPI inflation was at a six-year high of 7.59 percent in January 2020 from 7.35 percent in December last year.  Given the fact that almost 96.5 percent (as on October 2019) of households in India have an LPG connection due to the Pradhan Mantri Ujjwala Yojana (PMUY), an increase in LPG prices might thus be the reason for rising inflation. The price of a non-subsidised 14.2 kg LPG cylinder was ₹858 in New Delhi in February 2020, compared to about ₹575 last August, a near 50 percent jump in prices. Simultaneously, the government has been forced to hike subsidies, raising the support price to ₹291.48 from ₹153. 86. For PMUY consumers, the subsidy borne by the government has jumped 78 percent to ₹312 per cylinder.

The government will also have to deal with the issue of refill consumption of PMUY consumers, which continues to decline—average refill consumption declined to 3 cylinders per year in FY19 from 3.9 in FY17. “Though PMUY has solved the availability problem, the affordability barrier still exists. The government must now focus on that,” says Soumya Kanti Ghosh, group chief economic adviser at State Bank of India.

Tweets by @forbes_india
Salt: A major culprit for high BP among Indians
Why Solar Industries India is seeing explosive growth