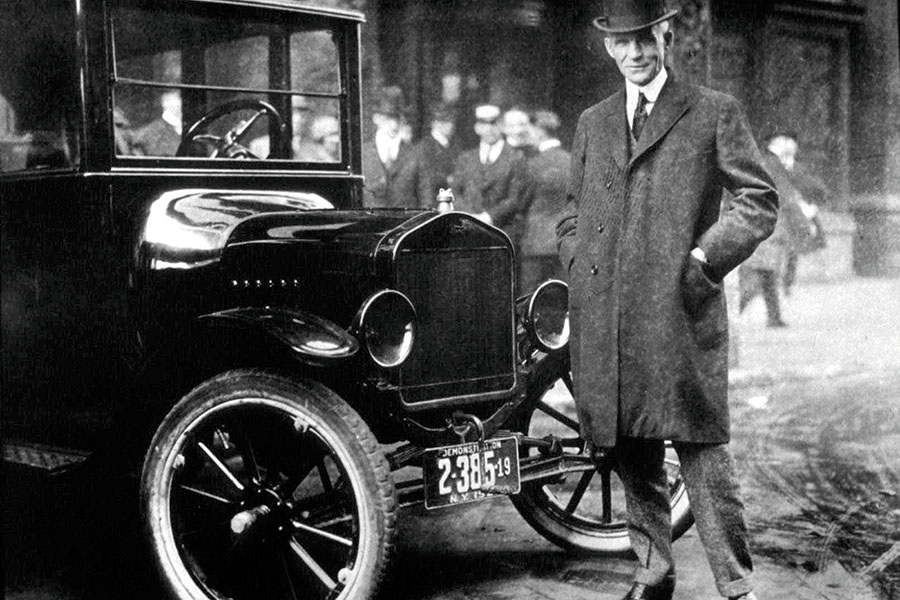 Kodak invented digital photography and sat on it. Mark Johnson, co-founder and senior partner at Innosight, an innovation consulting company, recounts the story in Seizing the White Space: “In 1975, Kodak engineer Steve Sasson invented the first camera, which captured low-resolution black-and-white images and transferred them to a TV. Perhaps fatally, he dubbed it ‘filmless photography’.”

Sasson was told “that’s cute–but don’t tell anyone about it”. Kodak was the world’s largest producer of photo film then and didn’t want to destroy that business. It missed the digital photography revolution.

Losing Out
History is littered with examples of companies, which are leaders in their sectors, missing the next big thing. An early example is Ford Motor Company and how it was upstaged by General Motors (GM). As authors Alan Greenspan and Adam Wooldridge write in Capitalism in America: “In 1921, Ford had 56 percent of the American market, compared with GM’s 13 percent.”

Alfred Sloan became president of GM in 1923. Henry Ford had boosted productivity of his organisation by devising new ways of doing things. Meanwhile, Sloan at GM realised that management in itself had become a driver of productivity.

Sloan divided GM into different divisions; each was responsible for a different type of car. Over and above this, GM had also pioneered instalment buying in 1919. It started investing in advertising in the 1920s. By the end of the 1920s, GM and Ford were neck to neck, but a decade later, GM was significantly ahead of Ford.

Why Leaders Fail
Nokia was the world’s leading mobile phone company, but it did not see the smartphone revolution coming and lost out in the process.

None of the world’s biggest airlines, Pan Am, Trans World Airlines, etc, thought there was a market in low-cost airlines, until the US’s Southwest Airlines took away the market. In India, Indigo did something similar.

The 24-hour news market was spotted by CNN, and not BBC.

A major reason why leaders fail is because any new way of doing things impacts their business model. An example closer home is what happened to leading telecom players. Until a few years ago, one had to pay ₹500 per month or even higher for a 5 GB mobile data pack. Reliance Jio made internet bandwidth cheap. What stopped the likes of Airtel, Vodafone and Idea to do the same?

Art of Survival
Before personal computers (PC) became the order of the day, minicomputers which cost well over $200,000, were used. The leading minicomputer company of its day was Digital Equipment Corporation (DEC).It did not realise the potential of a PC. It was a question of margins. The margin on a PC was $800 per unit, whereas the company made $112,500 a unit on the sale of a minicomputer.

The only minicomputer firm which survived as a PC company was IBM because it set up a separate organisation for PCs.

So it makes sense for companies to try interesting innovations by creating skunk works to test the potential of an idea. Even IBM wasn’t convinced about the idea of a PC. If it was, it wouldn’t have handed over the rights of the operating system to Microsoft on a platter. But then, that’s another story, for another day.

(Vivek Kaul is the author of the Easy Money trilogy)