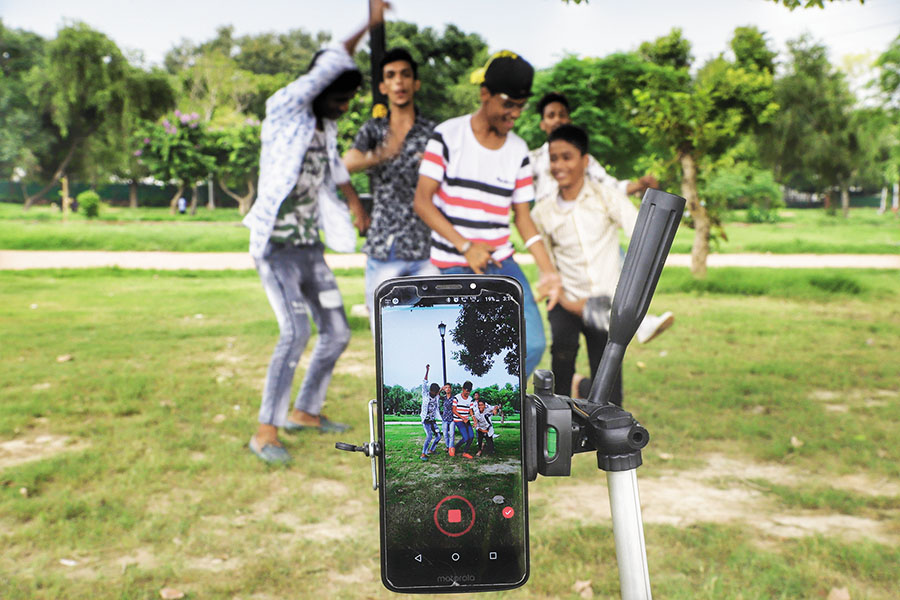 Zee Entertainment’s digital entertainment platform, ZEE5, is set to compete with ByteDance-owned TikTok. In mid-2020, ZEE5 will launch its short-video sharing app Hypershorts which will have 90-second-long user-generated content from celebrities as well as commoners. “ZEE5 now opens up for a two-way engagement. It’s not about consumption of content anymore but creation as well,” says Tarun Katial, CEO, ZEE5.
TikTok is immensely popular among Indians with users using the platform to showcase their talent. Several of them have gone on to become stars and attained popularity. TikTok hit 1.5 billion downloads worldwide last year with India’s share being 44 percent. “With about 200 million users, TikTok is well-established in India. The market of user-generated-content-consumption platforms is a concentrated one, and there is a definite advantage at being the first mover. Competing platforms will need to be differentiated to challenge the network effect of TikTok’s large presence which attracts new and existing users to post and consume more and more content,” says Rubeena Singh, CEO, iProspect, a digital performance marketing agency.

In 2019, TikTok toppled Facebook to become the second-most downloaded app with 740 million downloads. The market is no longer going to be a one-horse race. Users are now spoilt for choice. Recently Google launched Tangi with similar features, claiming it will help people learn new things. Last October, California-based social video app Firework also made its debut in India.

“TikTok has pioneered the short-format video content category by enabling everyone with a smartphone to be a creator and use the platform for creative expression. The rise of bite-sized content has led to new players in the segment, which reflects an opportunity in the short-form video category and the future it holds. However, TikTok empowers its users to grow an audience and get discovered fast. We will continue to invest in the product to enhance user experience on the platform,” says Nikhil Gandhi, India head, TikTok.

Zee’s Hypershorts plans to build fandom through its network’s star cast and ZEE5 Originals with exclusive shows that are digital first. It will also offer immersive experiences for users through augmented reality. “TikTok’s content is user-generated which is a huge difference… we will be able to provide our users with hyper short-form content on their favourite shows. We want to have a robust moderation module where the creators and their content are protected. We have tied up with Google for this very reason; for AI (artificial intelligence) moderation,” says Katial.

According to iProspect’s Singh, new apps will need to differentiate themselves to potentially steal an edge over TikTok. “ZEE5 is launching an app for curated short-form fiction content produced by content curators. That could be a new space and provide new monetisation and employment opportunities. With the technology penetration and scale of Google, it could come up with products that can disrupt the market. One thing is clear, doing more of the same will not help compete against TikTok,” she says.