In boosting growth, the government has chosen to focus on reviving investments through lower corporate taxes 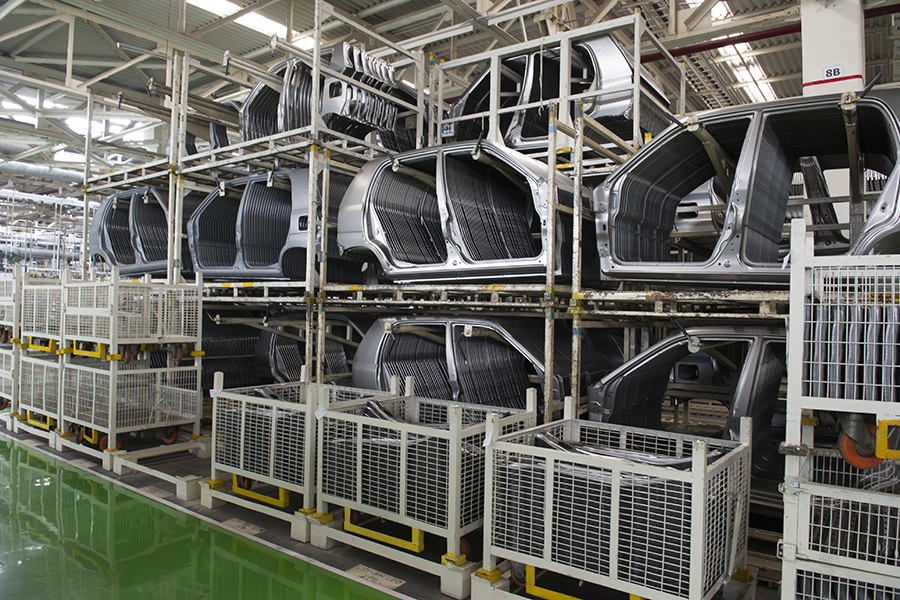 
Push India to the wall and it will reform. After a series of incremental announcements that did little to lift sentiment, came the big bang—a reduction in corporate tax rates and withdrawal of increased surcharges on income from equity investments. Both moves pushed the markets up—with the Sensex and Nifty gaining over 5 percent—its highest aggregate gain ever as investors priced in increased corporate earnings.

In reviving growth, the government’s bet is that the lower taxes would spur investments and create jobs that would then revive consumer demand. This is in contrast to the excise tax cut done in 2009 that resulted in a pick-up in demand but was also accompanied by high inflation. New manufacturing companies taxed at 17 percent will now pay the same rate as their counterparts in China. In June, Indonesia had announced a road map to take corporate taxes down to 20 percent. In 2018, the US lowered corporate taxes to 21 percent from 35 percent. “Rationalisation of corporate tax to induce more investments by corporates is vital to turn around the economy,” says Niranjan Hiranandani, co-founder and managing director of the Hiranandani Group.

In the immediate aftermath, the markets reacted to the increased earnings companies are on track to post on account of lower taxes. Prime beneficiaries are expected to be banks and auto companies as they usually pay full taxes without exemptions. For instance, HDFC Bank paid 34.6 percent of income in tax. Maruti Suzuki paid 27.9 percent. Expect lower tax rates to add to their bottomline. At the time of going to press, brokerages were still calculating revised earnings estimates. Initial estimates suggest that Nifty earning per share could move up by 10-13 percent. 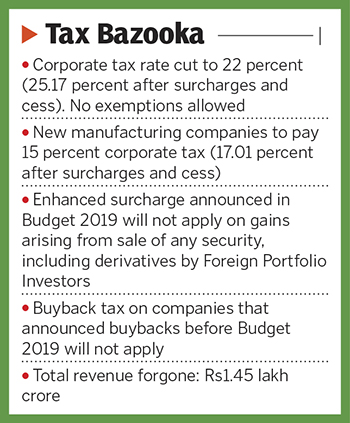 For now it remains to be seen whether the increased earnings result in higher investments. “Surplus funds available for companies will be invested in capex and talent,” says Ajay Piramal, chairman of Piramal Enterprises, who believes that other corporates would invest, resulting in more jobs and higher demand from consumers.

One possible drawback is a possible end to rate cuts. Lower corporate taxes would result in a Rs145,000-crore hit to the exchequer and it’s anybody’s guess whether the increase in economic activity would be enough to compensate for the loss of revenue in the current financial year, resulting in increased borrowing by the government. Immediately after the announcement, bond yields rose by 3.2 percent with the 10-year bond trading at 6.8 percent, signalling a possible end to the Reserve Bank of India’s rate cut cycle.

Tweets by @forbes_india
Travel: The fascinating dolmens of Marayoor, Kerala
Why this is a good time to buy smaller company stocks