Why this is a good time to buy smaller company stocks

After a steep fall, a number of indicators points to why bottom-fishing may be a good idea for investors 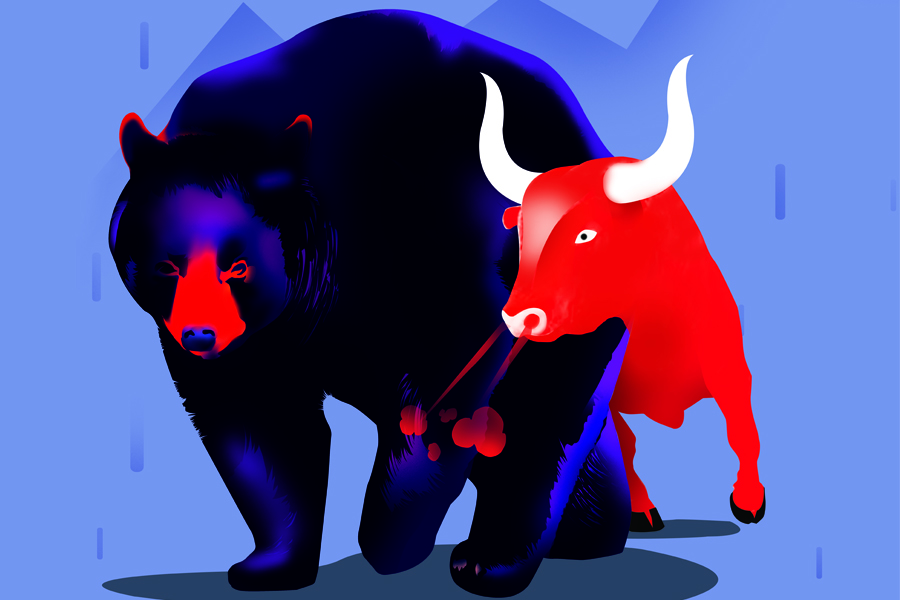 The last time mid and small caps were this cheap was in mid-2013. Then the Indian economy seemed to be coming apart for a number of reasons. With the US Federal Reserve withdrawing its Quantitative Easing programme, the threat of an increase in the cost of capital had pushed up interest rates and had resulted in foreign investors dumping Indian equities. India’s crude oil basket stood at $108 a barrel. Unsurprisingly, the rupee tumbled 13 percent to 68 and the markets sold off—the Sensex fell 8 percent to 18,816. As investors rushed for the exits, smaller companies took it on the chin with some quality franchises losing as much as half their value in August 2013 alone. Stocks quoting at an eight percent dividend yield had no takers. No matter how attractive the valuations were, few were willing to put their money to work in these businesses.
Six years on, it’s clear that that was a great buying opportunity. That September, Narendra Modi’s announcement as the prime ministerial candidate started a rally that saw the Nifty Midcap 100 Index compounding at 22.9 percent a year till August 2018. There were several instances of individual stocks rising 10-fold in that period. Sure, there were other aiding factors that couldn’t have been foreseen then— the collapse in oil prices and food inflation and subsequent lowering of interest rates. But those brave enough to buy smaller companies then have had a profitable ride. The present year-long market sell-off starting mid-2018 has prompted investors to question whether this could be the right time to enter smaller companies again. While the Midcap Index is down 31.6 percent, there are many instances of companies losing anywhere between 50 and 70 percent of their valuation. Data from Equirus Securities, an investment bank, shows that the BSE Small Cap Index has been declining for the last 84 weeks. It also points to the divergence between the large cap and midcap indices. At over 20 percent, these divergences are the highest they have been this decade. Kenneth Andrade, chief investment officer, Old Bridge Capital Management, believes that valuations are attractive with several businesses quoting below their replacement values. While there is always a chance of prices falling in the near term, those investing now with a three-year time horizon have a good chance of making money, he says, while cautioning that these stocks can be extremely volatile. The first two weeks of September have seen buying interest returning to mid and small caps with stocks rallying sharply. This Fall
The spectacular outperformance of mid and small cap stocks was on account of the valuation gap that had built up. At the start of the market rally in September 2013, the Nifty quoted at an earnings multiple of 17 times while the Nifty Midcap 50 quoted at 12 times. With the valuation differential ignored since 2011, it was time for midcaps to close the gap, and how. By January 2018, while the Nifty had moved to 27 times earnings, the Nifty Midcap 50 was trading at 85 times with a large part of the gains coming in December 2017 and January 2018. It was the melt-up moment for the Indian markers. 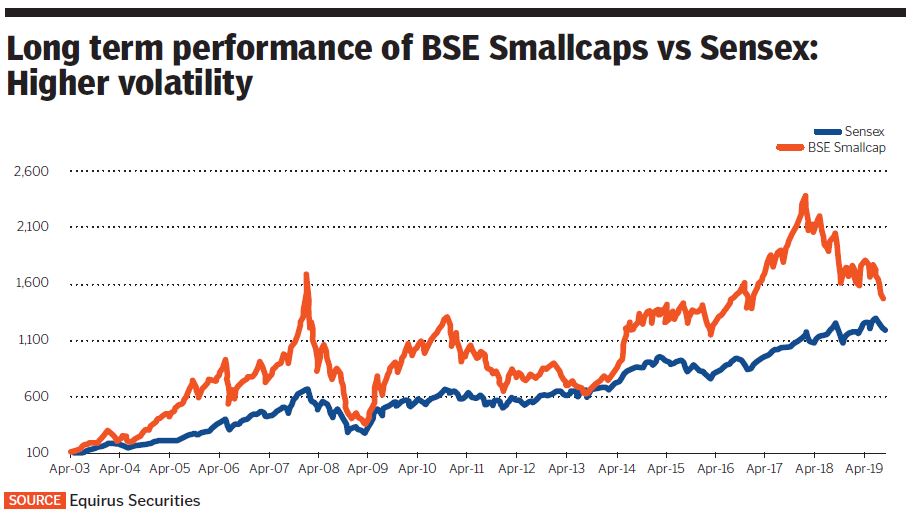 This valuation boom soon exposed  many shortcomings of the rally. First was the lack of liquidity in midcap stocks. Trades of a few thousand shares were enough to have them locked on upper circuits (20 percent or 10 percent depending on the stock) as investors bought into future growth projections. (The same story repeated on the way down as well.) As the cost of capital for smaller companies fell, their balance sheets began to look a lot leaner, which resulted in a valuation rerating. Second, the lack of earnings growth caught up with valuations. In hindsight, the rerating of the Midcap 50 Index from 12 times to 85 times shows that valuations rose seven times faster than earnings—a classic hope rally. Exceptions where the increased valuations have held have been few and far between. For instance, Relaxo Footwear rerated from about six times earnings before the start of the 2013 rally to 60 times as it delivered a steady earnings growth of 21 percent a year. Third, an October 2017 circular issued by market regulator SEBI laid down how mid and small caps are classified. Any company between the 100th and 250th market cap is now a midcap, and any company after the 250th market cap mark is a small cap. In the absence of a strict classification earlier there were instances of fund managers buying mid and small caps in schemes not meant for them in order to boost returns. According to research from Emkay Securities, between January and June 2018, this resulted in the Nifty Midcap 100 falling 14 percent and the Nifty Smallcap 100 falling 21 percent only due to an outflow of funds from these schemes. Last was the excessive leverage that promoters of midcap companies took. As share prices rose, share pledges increased. Money raised against those pledges was used to fund newer businesses often outside the listed company. So in many cases, while the balance sheet of the listed company whose shares were pledged improved, the promoter was heavily leveraged. In the case of Eveready, India’s largest manufacturer of dry-cell batteries, an increase in the company’s valuation from ₹210 crore in August 2013 to ₹3,230 crore in January 2018 saw the number of pledged shares rise from 10.15 percent to 88.51 percent. As markets came off and the company defaulted on its loan covenants, the lenders had no option but to sell pledged shares in the market. From the peak, the company has lost 87 percent of its market value. Cheap Valuations
Fast forward to September 2019. The valuations on the mid and small cap indices have reverted to the mean, making it a good time to enter. “The markets have baked in too much pessimism,” says Sunil Damania, chief investment officer at MarketsMojo, explaining that midcaps always do better once the market turns. A number of factors point to why this is the case.

A leading technical indicator is the advance decline ratio, which, for a universe of about 3,000 companies, has turned positive in September. From 0.8 stocks advancing to every stock declining in July 2019, the ratio moved up to 0.98 in August and turned positive to 1.46 in the first two weeks of September. As a result, shares of small companies with reasonable earnings growth have moved up between 10 and 20 percent. Case in point: Huhtamaki PPL that makes packaging material for consumer goods companies is up 11.8 percent in September, but still down 37 percent from its January 2018 peak. The company has negligible borrowings. The BSE Smallcap index is at its cheapest at any point in the last five years (see chart). At 1.01, its dividend yield is close to 2015 levels but the price earnings ratio is 36 percent cheaper. Midcaps, though more expensive, are also in the buy zone.  At these valuations, companies have baked in low earnings growth and any outperformance can result in a quick rerating on the upside. Indo Count Industries, a home textile company which made a profit of ₹34 crore in the first quarter of 2019-20 as compared to a profit of ₹59.8 crore in the year 2018-19, saw its stock rise 62 percent in the last month. From the second quarter of this year, as the base effect kicks in, several numbers—auto sales, consumer goods sales and mining—will start to look better from a year-on-year perspective and companies can get back to growth albeit from a lower base. Still, Damania cautions that investors wading into midcaps must not look to made quick money. “Look for growth prospects, no promoter pledging, and a low or zero debt to equity ratio. These are the companies that will rerate first when the cycle turns,” he says before reiterating that the cycle always turns.

Tweets by @forbes_india
Corporate tax cut: Booster shot for the economy
The 'world's best' pianist is Indian and 13 years old. Watch him in Mumbai this week