Ecommerce wars: It's Alibaba vs Amazon in India 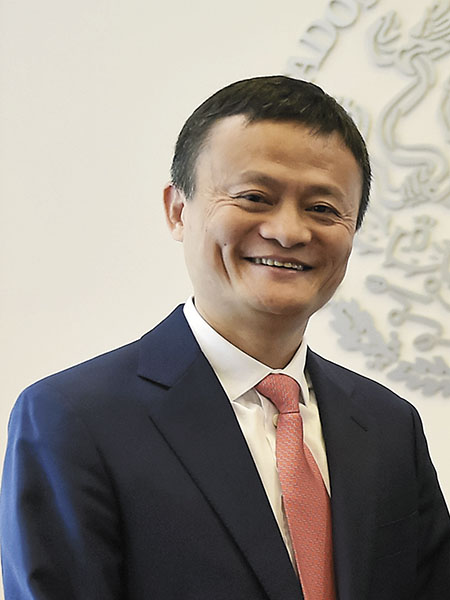 With the Chinese market reaching its pinnacle, India is key for Alibaba founder Jack Ma’s global plans
Image: Mexico Presidency / Reuters
It’s the new battleground for old rivals. Alibaba Group has been slowly and steadily increasing its footprint in India, to take on ecommerce behemoth Amazon in the country. While Amazon runs its own shop, Alibaba is curating a portfolio of investments to grab a slice of the ecommerce market.

Since its entry into India in 2013, Amazon has spent aggressively in building infrastructure—the company owns a captive logistics unit, operates a payments arm and has 41 warehouses—as well as winning over potential customers with attractive prices. According to regulatory filings, Amazon Seller Services posted revenue of ₹3,129 crore in FY17, as against ₹2,217 crore in the previous fiscal.

On the other hand, though Alibaba started operating in India in 2007, it hasn’t yet taken India by storm. In fact, it has burnt its fingers with an investment in online marketplace Snapdeal, which trails Flipkart and Amazon significantly in gross sales.

The company has, however, hit pay dirt with digital wallet-turned-financial services company Paytm. Alibaba first picked up a stake in Paytm with a $575-million investment through its subsidiary Ant Financial in February 2015, valuing the company at about $2 billion. Paytm’s valuation has since risen three-fold to about $7 billion. With the Paytm stake, Alibaba now has a significant play in India’s digital payments landscape. It has also emerged as a big backer of Paytm’s newly spun-off ecommerce unit, Paytm Mall, with a $200- million investment in the entity in February 2017.

Apart from Paytm, Alibaba closed a ₹120-crore investment in Chennai-based online ticketing platform TicketNew in June 2017. Paytm, too, has significant focus on this segment.

Moreover, Alibaba, along with Paytm Mall, is reportedly on course to invest $250-300 million in online grocer BigBasket, valuing the company at $700-800 million. The investment will mark Paytm’s entry into India’s nascent online grocery segment, a sector pursued by both Flipkart and Amazon without notable success.

Alibaba’s increased interest in India does not come as a surprise, considering the Chinese market has already reached its pinnacle. According to a 2016 report by Deloitte, growth of ecommerce in China is projected to taper from 46.9 percent in 2016 to 25.4 percent in 2018.

India, in contrast, is poised to grow at a fast clip. An October report by Morgan Stanley estimates the Indian ecommerce market will grow at a compounded annual growth rate of 30 percent between 2017 and 2026 to reach $200 billion. By then, about half of the country’s internet users are expected to shop online.

Alibaba has spoiled Amazon’s party before, in China. Singed by the domination of Alibaba and its subsidiary Tmall, Amazon was constrained to set up a storefront on Tmall’s marketplace in March 2015 to survive in China, a country it had entered about a decade ago by acquiring online bookstore Joyo.com for a whopping $75 million. The situation is no better even now. According to a February 2017 report by iResearch Consulting Group, Tmall enjoyed a 56 percent market share in China in 2016, while Amazon’s share was a piddling 0.8 percent.

It’s a different story here. While Amazon has committed a $5-billion war chest to its Indian subsidiary to fight local incumbent Flipkart, Alibaba has been taking it slow. Its intent, though, is quite clear. The company wants a piece of the pie in all key enablers of ecommerce, be it payments, logistics or services with frequent usage, such as food or grocery delivery.

Alibaba wants a piece of the pie in all key enablers of ecommerce, be it payments, logistics or grocery delivery

“There have been lots of discussions, but clearly, there is no urgency in finishing things. This is not a short-term or even a medium-term play for them [Alibaba], but a very long-term strategy. It looks like they would rather take time and enter into really strong partnerships meant for the long-term, rather than do trial and error,” says Vinod Murali, managing partner at Alteria Capital, a venture debt firm.

“It is about how much of a customer’s wallet they can get. Every area of expenditure is a possible vertical and anything that is available at a decent price point, where customer acquisition starts paying a lot of dividend, can be a play,” he adds.

Besides, another big backer of Indian startups, SoftBank, is an Alibaba ally. SoftBank is among Alibaba’s early investors—it first invested in Alibaba in 2000—and owns about 25 percent in the company.

SoftBank is also an investor in Flipkart. It is thus unlikely that their respective portfolios will bleed each other for long, though neither Flipkart nor Paytm has shown any sign of joining hands yet.

It remains to be seen which strategy will pay dividends, but Alibaba’s steady surge is something Amazon can ill afford to ignore.

Tweets by @forbes_india
Ted Dintersmith: Professor investor
With reconfigured Oreo, Google has a Go at next billion users