In the line of fire: How Trump's latest import tariffs will impact India

US trade tariffs on steel and aluminium imports were aimed at China, but India has been caught in the crossfire 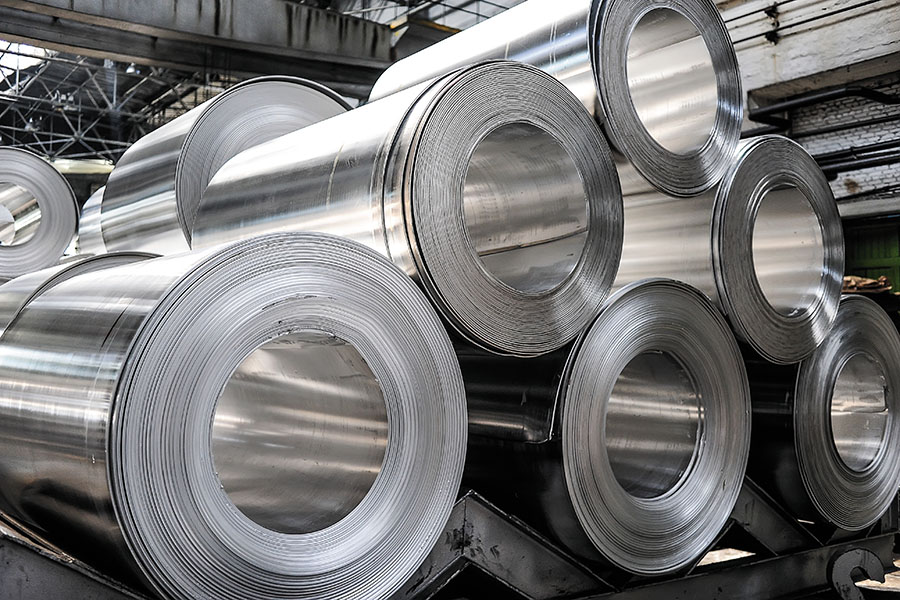 The US has imposed a tariff on steel and aluminium imports into the country
Image: Shutterstock

It all started with a decision by US President Donald Trump to impose a tariff on steel and aluminium imports into the US. While the move was largely aimed at China, the world’s largest producer of steel and aluminium, India, with a $24 billion export surplus with the US, isn’t being let off the hook either.

The US has taken India to the World Trade Organization (WTO), the apex body for global trade, challenging various Indian export subsidy programmes. The ones the US has specifically raised include the Merchandise Exports from India Scheme, Export Oriented Units Scheme and sector-specific schemes, including Electronics Hardware Technology Parks Scheme, Special Economic Zones, Export Promotion Capital Goods Scheme, and a duty free imports for exporters programme.

The US believes such export subsidies by India provide financial benefits of over $7 billion to Indian exporters, allowing them to sell their goods cheaper in the US, thereby affecting American workers and manufacturers. The argument is also based on the fact that India was now richer than the WTO’s ceiling ($1,000 per capita income) for countries to offer such programmes. Trump had recently publicly slammed the high import duty on Harley Davidson bikes in India.

“These export subsidy programmes harm American workers by creating an uneven playing field on which they must compete,” Robert Lighthizer, the US trade representative, said in a statement. “USTR [United States Trade Representative] will continue to hold our trading partners accountable by vigorously enforcing US rights under our trade agreements and by promoting fair and reciprocal trade through all available tools, including the WTO.” 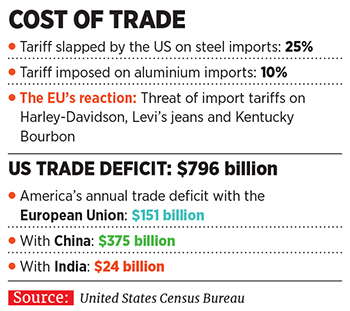 The move to levy a trade tariff on steel and aluminium comes at a time when the US has been chasing a protectionist regime under Trump. The US has also decided to levy import duties on Chinese goods worth a staggering $60 billion, a move Trump described as “first of many”. China has responded with a proposal to levy duties on 128 products from America.

But a full-blown trade war has serious implications. Today, trade accounts for almost 60 percent of the global GDP, up from nearly 30 percent in the 1970s. The growing role of free trade in the global economy has often been cited as one of the biggest alleviators of poverty.

“As a general rule, what you really want to mostly do is let the market work,” Paul Krugman, Nobel Prize-winning economist, tells Forbes India. “Provide the infrastructure that lets it work. You certainly don’t want to get into a fight with the WTO. WTO is your friend here. The rules of the global trading system are especially helpful for emerging markets trying to make their way up.”

India is banking on the camaraderie between Trump and Prime Minister Narendra Modi to resolve the troubles. “Every country will have a different response to it,” Suresh Prabhu, India’s commerce minister, said after an informal WTO ministerial meet. “We are obviously not the largest exporter of steel or aluminium to the US. We will take it up bilaterally with the US, with whom we have a huge trade surplus and a very good political relationship.”

Perhaps, a few handshakes could solve a crisis.

Tweets by @forbesindia
Grounded IndiGo, GoAir aircraft were not on a wing and a prayer
Success means health and happiness to Indians; wealth not so much: LinkedIn survey