The Asian country has far more control over its economy to offset the effects of US tariffs, while the Trump administration is facing falling exports 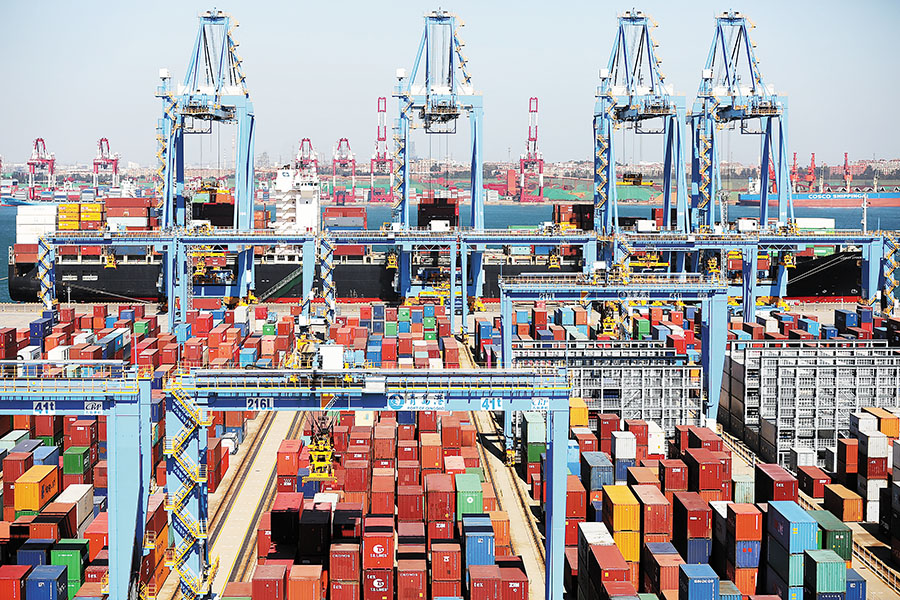 A cargo terminal at Qingdao port in China’s Shandong province. China is routing products to the US through other countries to avoid increased tariff s imposed by Trump
Image: Reuters

In October 2018, the US trade deficit with China, when it came to goods, touched an all-time high of $43.1 billion. This means US imports from China were $43.1 billion more than its exports to the Asian country. Given this scenario, US President Donald Trump’s plan to ‘Make America Great Again’ is a non-starter.

What then is his plan to make his country great again? Trump proposes to eliminate his country’s trade deficit, particularly with China, by increasing exports and decreasing imports. The idea is to manufacture more goods in the US. As a result, more jobs will be created for Americans.

In pursuit of this goal, the Trump administration has imposed tariffs on $250 billion worth of Chinese imports.: 25 percent on Chinese goods worth $50 billion, and 10 percent on goods worth $200 billion. This will make Chinese imports more expensive, and US-made products more competitively priced, helping local businesses and creating jobs.

However, what sounds good in theory doesn’t necessarily work in practice. US exports to China in March 2018 were the highest for the year at $12.4 billion. By October, however, they had fallen by 26.6 percent to $9.1 billion. During the same period, US imports from China had risen by 36.3 percent, from $38.3 billion to $52.2 billion. This was despite the tariffs. Also, total Chinese imports in October were the highest ever (in absolute terms).

The Chinese government have managed to take on a part of the tariff by gradually letting the yuan depreciate against the dollar. In early February, a dollar was worth around 6.3 yuan. Since then, the yuan has depreciated by around 9.5 percent; at present, a dollar is worth 6.9 yuan.
A depreciating currency makes exports more competitive, helping China to at least negate the 10 percent tariff on $200 billion worth of exports.

Reports also suggest that China seems to be routing its exports to the US through other countries. For instance, it is circumventing tariff on lumber by sending it via Vietnam.

Data seems to suggest that Chinese imports into the US tend to go up in October, before the festival season kicks in. This time there is also a fear of the 10 percent tariff going up to 25 percent in January 2019. Hence, importers are perhaps importing more than what they immediately require.

Also, China, which used to be the second largest buyer of US oil after Canada, is not buying it anymore. Then there is the case of soybean, an important part of pig feed and a key US export to China. The Chinese have come up with new standards for pig feed, which has a lower soybean content. This, among other reasons, has led to soy bean exports falling by as much as 90 percent.

“China has severely limited its purchase of US soybeans, a move designed to erode another area of key Trump support, the deep-red Midwest,” writes Forbes. This shows that the Chinese government has more control over its economy and can nudge it in the direction that it wants to. The same cannot be said about the US government.

Things are clearly not looking up for the US. Soybean prices have fallen to a 10-year low. There has been a decline in prices of other agricultural goods as well, reflecting lack of export demand more than anything else. This is hurting American farmers, a core voting base for Trump.

Meanwhile, the US president is trying to limit the damage. He has postponed a scheduled increase in tariffs on $200 billion of Chinese imports, after his meeting with Chinese President Xi Jinping in December.