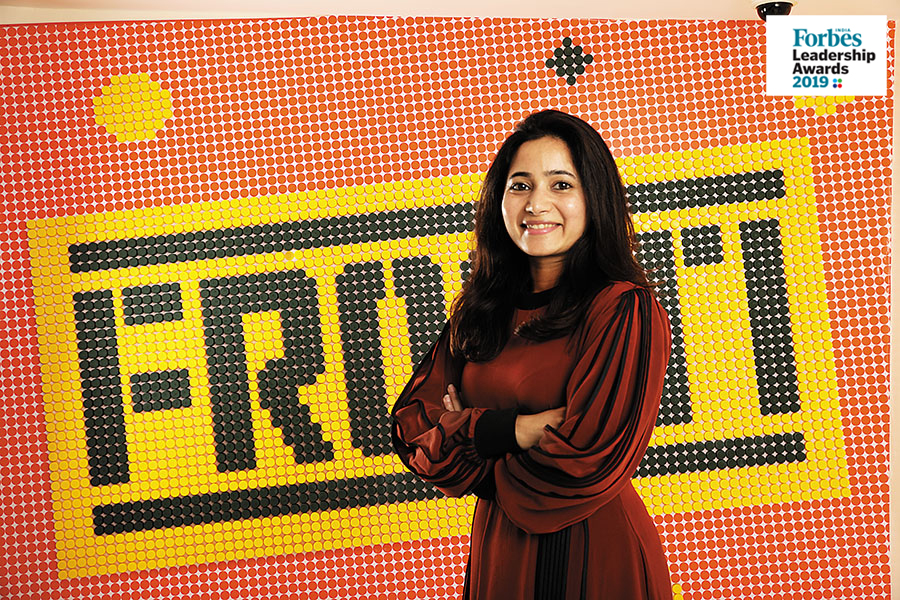 When Nadia Chauhan joined her family’s beverage business in the mid-2000s, cracks were beginning to show. With 95 percent of its revenues coming from Frooti, Parle Agro’s dependence on the mango drink was unhealthy. It diversified into new beverages like Grappo Fizz, Saint Juice and packaged nimbu paani LMN in the years that followed, but the strategy didn’t quite work. “We were still a small company and not necessarily cash-rich to take on the marketing spends that the new categories called for,” says the 34-year-old.

Cool, confident and in control, Chauhan didn’t set out to change things right away. She says, “I wanted to appreciate where we came from and feel like a part of the system before charting out where we needed to go.”

As she dug deeper, Chauhan realised that Parle Agro’s sales and distribution (S&D) system hadn’t changed much since the company’s soft drink days when her father Prakash, now chairman, manufactured and sold Thums Up, Citra, Gold Spot and Maaza—a business his brother Ramesh and he inherited from their father in the mid-1970s. [The Chauhans sold these brands to Coca-Cola in 1993 to tide over difficult times. The brothers then split the business amicably with Ramesh taking charge of bottled water brand Bisleri, and Prakash, the remaining drinks].

“S&D is the heart of any FMCG company. You can do whatever on the marketing front, but the core is S&D,” says Chauhan, who is joint managing director and chief marketing officer, while her older sister Schauna, who oversees manufacturing, is chief executive. “It was clear we had to upgrade our system,” she says.

But that’s not all. Chauhan had big ambitions. She drew up a vision to make Parle Agro a ₹10,000-crore company by 2022, up from around ₹350 crore in the mid-2000s. [These figures include franchisee revenues; Parle Agro itself raked in ₹2,167 crore in revenue in FY19, up from ₹1,796 crore in FY18 according to data from Venture Intelligence.]

She then focussed the entire organisation towards this singular large vision, recalls Prakash, referring to a time in 2010. “We see a multi-fold increase in the energy, pace and drive within the organisation,” he says.

With this renewed enthusiasm, Chauhan and team systematically shuttered the beverage brands that didn’t click. Instead, they chose to focus their energies on Frooti, Appy Classic, Appy Fizz and Bailley’s drinking water.

Next up they focussed on building new manufacturing plants and enhancing existing ones, as well as simultaneously evolving Parle Agro’s ageing S&D system. “We had to make our foundation strong to achieve our vision. We wanted to be future-ready so we never falter again,” explains Chauhan. Today, Parle Agro reaches more than 18 lakh outlets, up from 3 lakh in 2004.

Finally, Chauhan revamped brand Frooti so as to make it appeal to not just children but older consumers as well. In the early years, Parle Agro steered clear of glass packaging for Frooti—the norm at the time—and instead was the first to introduce tetrapaks in the Indian market. “But the tetrapak made the category more kid-oriented than it was,” says Chauhan. So once kids grew up, they stopped drinking Frooti. To reverse this, Frooti was re-launched with a new logo, look and feel in 2015 and soon enough, after years of lagging behind Coca-Cola’s Maaza and PepsiCo’s Slice, Frooti muscled its way to the number two spot. Today it holds a 27 percent market share. While Maaza still leads with 40 percent and Slice lags behind with 11 percent, Chauhan claims that Frooti is number one in several states and will soon overtake the competition.

In the first quarter of this fiscal, Parle Agro hit its ₹5,000 crore target. In a nod to her singular focus, Chauhan says Parle Agro was two months late in achieving the target. “People laughed at us when we would tell them our vision, so to finally achieve it and celebrate it with the team was a feeling unlike any other,” she says.

“Nadia has turned Parle Agro from a sleepy organisation to a force to reckon with… that too in an extremely competitive category. It’s not easy to do,” says an industry insider who didn’t want to be named.

Next up is the ₹10,000 crore target, the “levers" for which are in place, says Chauhan. Appy Fizz is one such lever. When Parle Agro launched the drink in 2005—a “huge innovation" from a technology and manufacturing perspective, as nobody had done it before them, points out Chauhan—it was positioned as a premium product. It turned out to be a hit, so much so that Pepsi and Coca-Cola scrambled to respond with their own fizzy fruit beverages, but those didn’t take off. Even smaller regional players popped up with copycat drinks, but Appy Fizz remains the undisputed leader in the sparkling fruit drink category with a 99 percent market share. “It’s a category Parle Agro created,” says Ankur Bisen, senior vice president at management consultancy Technopak Advisors. “The company’s strength lies in creating new categories, and then building brands within those categories.” 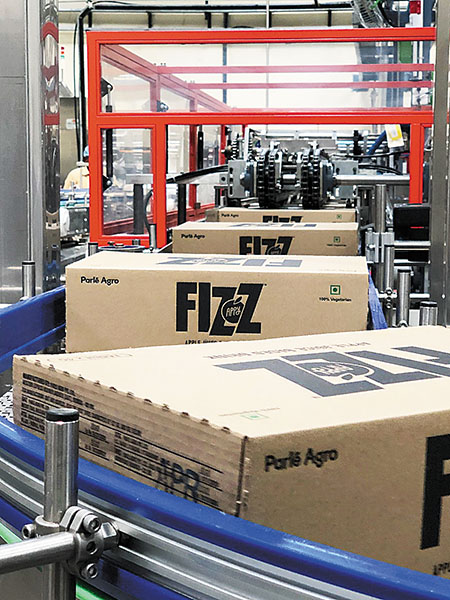 “Appy Fizz is a game changer for us after Frooti,” says Chauhan. The brand continues to outperform, growing at 85 percent in FY19, up from 19 percent in FY17. “It’s the fastest growing brand in our product portfolio and probably India’s fastest growing beverage brand,” she says. Appy Fizz’s association with popular TV show Big Boss as well as brand ambassador Salman Khan has increased its appeal among the masses, prompting Parle Agro to expand its manufacturing capacities, as well as bring down the drink’s price point from ₹18 to ₹15. Last year, the company launched a ₹10 SKU (stock keeping unit) to enable deeper rural penetration. 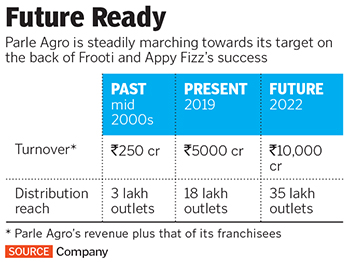 In all, Parle Agro spends almost ₹200 crore a year on marketing, most of which is taken up by Frooti and Appy Fizz. With the latter gaining ground, Frooti now contributes 60-65 percent to Parle Agro’s topline. Despite the prolonged monsoon, Frooti is growing at 18 percent, far ahead of the 9-10 percent growth being clocked by the mango drinks category as a whole.

“With two powerful brands in the market, we’re confident of achieving our ₹10,000 crore target by 2022, or maybe even sooner,” says Chauhan. The company has hired 2,000 new S&D personnel. “It’s a constant challenge to keep pace with the growth,” she says. “But S&D is what transformed us and we’ll continue to invest in it.”

Tweets by @forbesindia
Hypertension in Indians: High salt consumption and other factors
'I Have a Ph.D. in Not Having Money'