The Italian club opened its first academy in Kerala in partnership with Calicut Sports City. Club legend Christian Panucci, the first Italian to play for Real Madrid, speaks about AC Milan's vision to develop the game in India 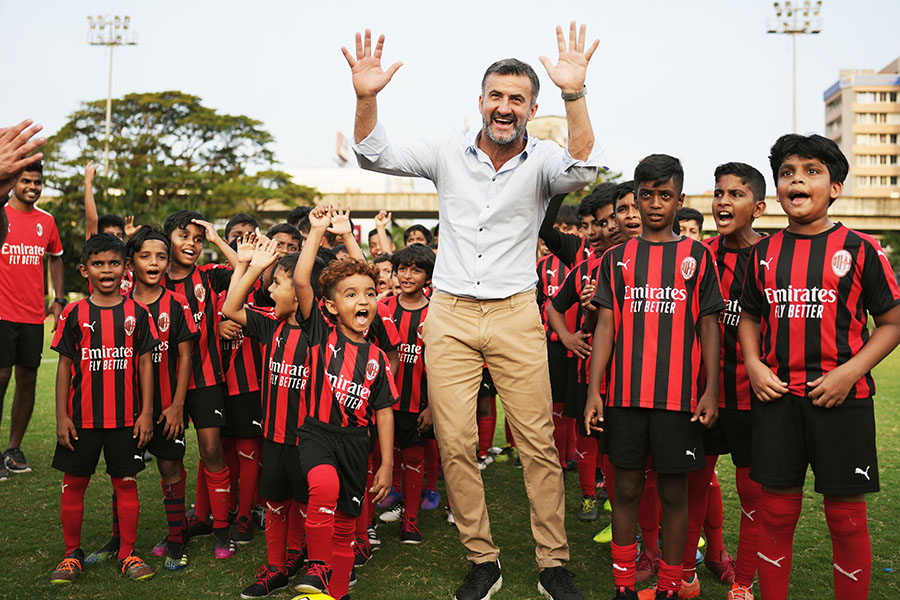 The Italian club opened its first academy in Kerala in partnership with Calicut Sports City. Christian Panucci of AC Milan is eager to develop Indian football as a whole.

Q. What are the plans of AC Milan for India?
I had the chance to talk to the professionals who work with the academies on a daily basis and to see up close how firmly they want to drive a positive change. With their three new Indian academies, AC Milan’s long-term vision is, in fact, to contribute to the development not only of the children that will be coached by the Rossoneri (Italian for red and black, the colours of AC Milan) staff, but also of Indian football as a whole. The project aims to create a worldwide academy network that uses its own working methodology, defining a continuous and reliable partnership, which can improve over time by entrenching the methodology within the territory. Each international academy is structured around the Milan Method, which combines the teaching of athletic, relational and technical-tactical skills to focus on the general wellbeing of the young athlete.

Q. How much do you think has the footballing landscape evolved and improved in India?
Indian football is surely growing in passion and organisation. Younger generations are proving to be more and more interested in playing and supporting football and institutions are eager to contribute to the growth of the ecosystem, starting from grassroots-level development and then focusing on other pivotal topics like infrastructure and women's football. Some achievements have already been reached—such as the qualification for the third Asian Cup in the last four editions—while others are yet to come.

Q. How can we build a formidable footballing ecosystem in India?
Building excellence means promoting a cultural shift, working on several pillars that include professional and youth football, as well as governance and infrastructure. As Indian football institutions already proved, working on grassroots and youth football is crucial for the development of the whole movement from a long-term perspective. AC Milan wants to make its tangible contribution in generating a new football culture and the potential of India as a country is limitless.

Q. From being the first Italian to play for Real Madrid to Parma, how would you like to describe your footballing journey?
My journey has been a great privilege because I have had the chance to play with a few of the best teams in the world like AC Milan, Real Madrid, Inter Milan, AS Roma, Chelsea FC and Parma. I have had very good teammates, and some amazing experiences both on and off the field and I am proud of it all.

Q. How much has football and players evolved over the last few decades?
The big changes in football started approximately 10 years ago and everything has changed since then. I remember when I started playing for AC Milan, the club had only a few dozens of employees, now it’s in the hundreds.

Q. Would you say the business of football has overtaken the spirit?
Business is surely entering the football world and changing its dynamics, but the passion of the fans will always be at the core of this game. They prove it during every match, when they bring energy to the whole stadium with their chants and their enthusiasm. Sports associations and clubs should work together to enhance and nurture the fan experience.

Q. What is it that’s keeping you busy currently and what are your future plans?
I am currently working on Italian TV as a commentator, talking about the UEFA Champions League and Syrian matches. It’s been a while since I stopped coaching but I’m ready to explore the possibility to return on a bench if the right opportunity comes along.

Tweets by @forbesindia
Photo of the day: The unthinkable
How 'warming stripes' became the new symbol of global warming