Football in India: What will it take to put the spotlight on players?

India holds the 104th spot in the FIFA rankings. Talented players such as Ishan Pandita, Lallianzuala Chhangte, Sahal Abdul Samad, and Liston Colaco have the passion to get better and put the country on the football map. But to realise the World Cup qualification dream, a football culture has to be nurtured 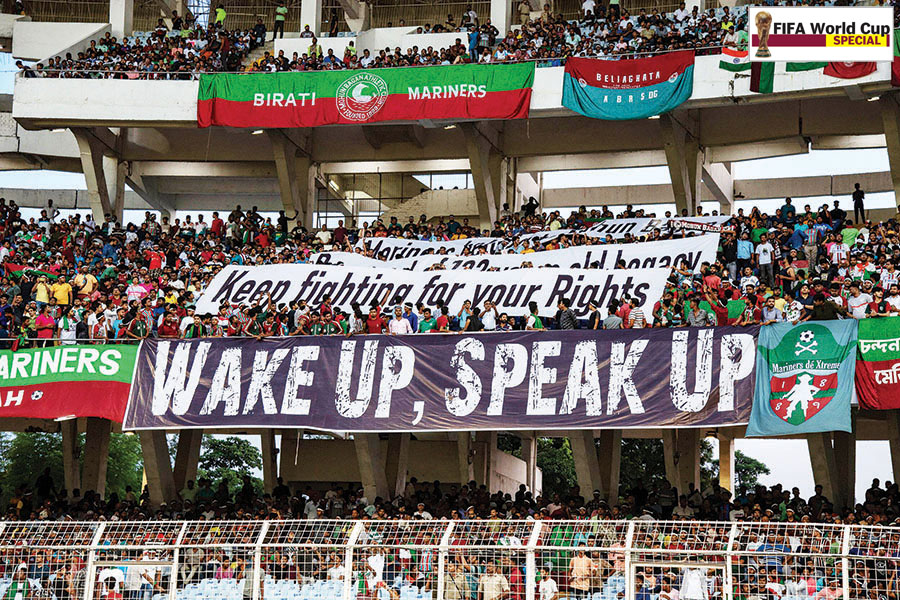 The Mohun Bagan vs East Bengal fixture of the Durand Cup at Kolkata’s Salt Lake stadium had old-timers reminiscing about the glory days of the derby Image: Amlan Biswas / Pacific Press Via Zuma Press Wire / Alamy

A moment from a presentation ceremony in mid-September at the conclusion of one of India’s oldest and most prestigious tournaments was perhaps the best metaphor for the state of Indian football, indeed Indian sport.

Now billed as the opener to the Indian football season, with participation of top clubs from the Indian Super League (ISL) and the I-League (along with teams from the Services), the Durand Cup was recently played across three cites—Imphal, Guwahati and Kolkata—and five venues. Stadiums were packed, a fresh crop of young players got an opportunity to shine on the big stage—the games were broadcast live—and the capacity crowd at the Mohun Bagan vs East Bengal fixture at the Salt Lake stadium in Kolkata had old-timers reminiscing about the glory days of the derby.

After 32 days of rousing football, ISL clubs Bengaluru FC and Mumbai FC clashed in the final, with the former edging out the Islanders by the odd goal in three. The stage was set for captain Sunil Chhetri to take centre stage and hold aloft the Durand Cup. He may have eventually done the latter; but it was the former that was proving difficult as a dignitary on stage seemed keener to be in the limelight, gently prodding Chhetri to step aside so that he could be in focus with the trophy.

The problem with Indian football is not with those who play the game. It’s with those who govern it. The country’s apex football federation recently earned FIFA’s wrath and a ban; the suspension has since been lifted and may have come as a wake-up call for the federation to get its act together.

Days after the onstage VIP vs Chhetri contest for the Durand Cup, a video went viral of kabaddi players at a state-level tournament allegedly being served food stored in a toilet. Action was duly taken, politicians screamed foul, but there was little to assure that such stories won’t repeat themselves.

The bright side is that perhaps never in the past 75 years has sport been on the radar of so many stakeholders: Governments, corporations, non-profits, schools. The results are beginning to show. The Odisha government deserves its share of credit for the revival of Indian hockey; it has been a sponsor of the men’s and women’s hockey teams since 2018 and will continue to back them till 2033. Elsewhere, India’s recent successes at the Olympics and the Commonwealth Games have a lot to do with support from a clutch of foundations of India Inc.

Where does this leave football? And to answer that question: What will it take for a country ranked 104th to make it to the elite 32 (World Cup 2026 will, for the first time, be broadened to include 48 countries)? The answers are many and familiar: Infrastructure, monetary support, starting early and scouting talent at the grassroots, becoming physically stronger, gaining international exposure, attracting overseas talent in local leagues… all of this is taking place, in some form or the other. But it may not be enough unless mindsets change; unless the culture transforms into a comprehensive sports culture—to include varied sports, including football.

You could argue that success plays a big role in reinforcing that culture, and that holds true of India in cricket perhaps the same way football does for Brazil. That’s a fair argument, although you could trace the Indian cricketing culture back to colonial rule and the elite cricket clubs where maharajas and nawabs indulged in the game. Victories were few and far between—India played its first test match in 1932 and won for the first time 20 years later in Independent India. Till the mid-70s, Indian cricket was a big-city phenomenon. 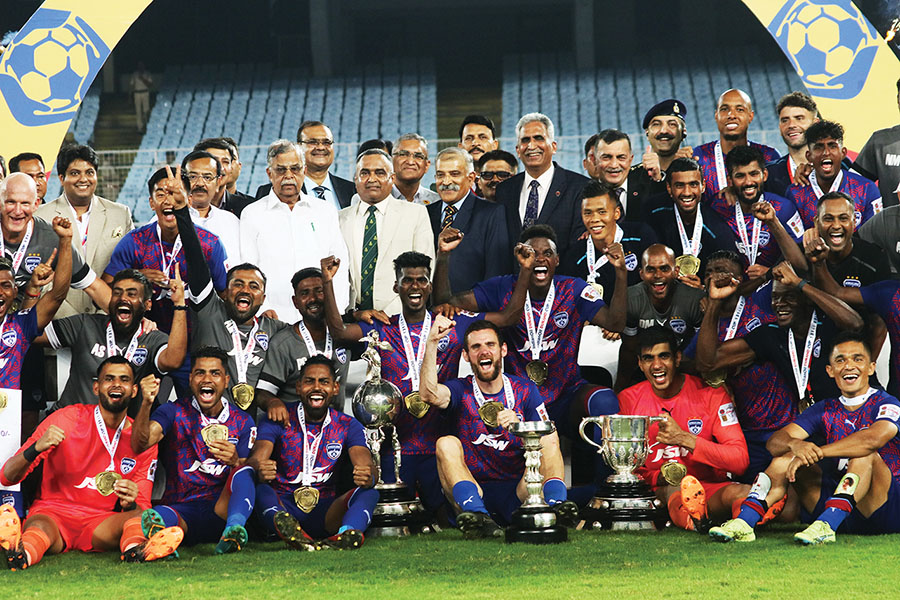 Then came the likes of Chandigarh-born Kapil Dev and Ludhiana-born Chetan Sharma. And then there was Ranchi’s Mahendra Singh Dhoni. Winning would soon become a habit, cricket a religion and cricketers gods.

Perhaps it’s a chicken and egg situation: Without a culture, can you have success; and vice versa? Let’s consider Canada, which has made it for Qatar 2022, only the second time it has qualified for a football—or soccer, as they prefer to call it—World Cup.

Now, (ice) hockey is to Canadians what cricket is in India, but here’s perhaps a message for India: According to Canada Soccer, the country’s official governing body, football is its largest participatory sport (as opposed to spectator sport) and is considered the fastest growing.

That enthusiasm would have played its part in Canada reaching the elite 32; now, imagine what happens if the Great White North exceeds expectations in Qatar. And, don’t forget, Canada along with Mexico and the United States will be hosting the World Cup four years later. Canadian football can only go up from here.

The joke back home is that the only way India can qualify for the World Cup is by hosting it. The joke, though, just got weaker as India hosts the under-17 Women’s World Cup (the country also played host for the U-17 men’s World Cup in 2017).

That is a way forward. Change is a gradual process. That process has begun in full earnest. India’s talent is now being harnessed. Some of it was evident in the east and northeast during the Durand Cup; it has been on display in pockets of West Bengal, Kerala, Goa, Punjab, Haryana, Mizoram, Manipur, Meghalaya for some time now. The difference today is we have foundations, academies and clubs with help from stalwarts like Bruno Coutinho and Harjinder Singh scouting talent at the grassroots; schools in rural India are adding the game to the syllabus; and girls are seeking out football (and other games) as a means of empowerment in traditional bastions of patriarchy.

The passion for the game is doubtless growing, although some of it could well be rechannelised. Supporting Erling Haaland, Robert Lewandowski and Neymar—and sporting their merchandise while playing on South Delhi and South Mumbai turf—is all fine, but more of Gen Z and Gen Alpha need to pick their Indian heroes. Bhaichung Bhutia, Chhetri and Jeje Lalpekhlua have been for Indian football what Imran Khan, Wasim Akram and Waqar Younis were for fast bowling in Pakistan: they emboldened a fresh crop of youth to go for goal. Chhetri just turned 38, after giving two decades to Indian football. There aren’t too many who can fill those boots, but look out for the likes of Ishan Pandita, Lallianzuala Chhangte, Sahal Abdul Samad and Liston Colaco. Oinam Bembem Devi from Manipur, who played for India for 21 years before retiring in 2016, is the inspiration for the likes of Ngangom Bala Devi (who made it to Scottish club Rangers FC) and India captain Loitongbam Ashalata Devi.

Somebody needs to soon be merchandising jerseys with these icons. They’ll stack up well with Messrs Mbappe and Messi. And, when these warriors win, let’s ensure they get centre stage.