Despite podcasts' popularity, the industry is still looking for its economic model

Platforms such as Spotify and Apple offer monetization solutions for creators of audio programs, but with varying degrees of success. We take a closer look 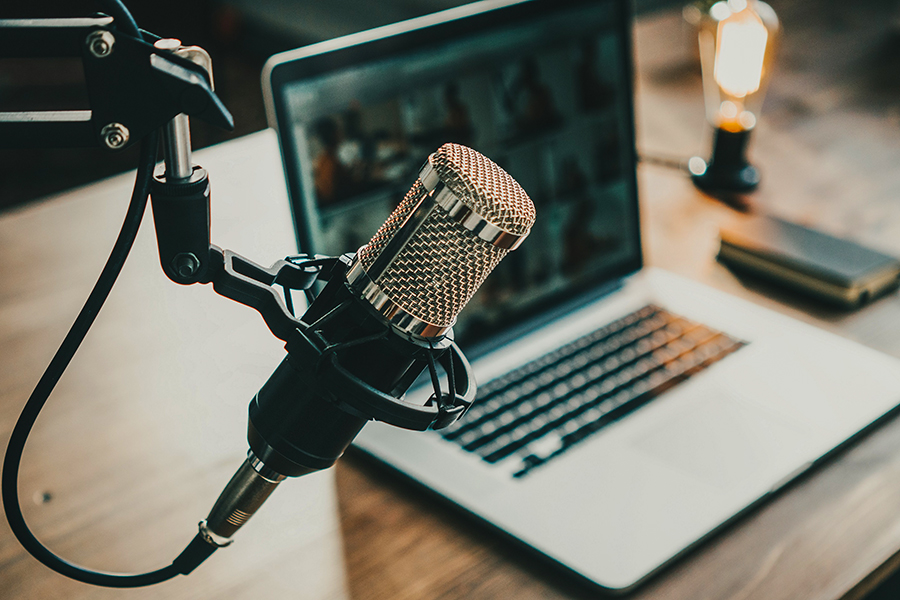 Podcast makers are trying to capitalize on the popularity of the format by offering paid subscription packages for such audio content
Image: Alex from the Rock/ Shutterstock

You can't have missed the fact that podcasts are a hot commodity. Recent statistics suggest that there are 120 million "podcast listeners" in the US, a number that has increased by nearly 30% over the last three years and which is projected to reach 160 million by 2023. The pandemic has a lot to do with it. In pre-pandemic times, people used to listen to podcasts to entertain themselves in the car or on public transport. Now they've made their way into our homes along with smart speakers, and it's not uncommon to dive into one of these pocket-sized audio formats while cooking, gardening or even before bed.

One recent move in the podcast business in an attempt to capitalize on this trend is the offer of paid subscription packages that benefit the creators of such audio content. Spotify in the lead. For several years now, the music streaming giant has been investing in the different aspects of the podcast industry. So much so that Hot Pod, a newsletter specializing in the podcast world, says that Daniel Ek's company "no longer a music company but one committed to podcasting."


Last November, Spotify announced a new feature that allows podcast creators to charge for some of their programs. It has been rolled out in the US and in over 30 countries around the world. All publishers can use it, regardless of the audience level of their audio program. They can put together their own paid subscription offer, which starts at $0.49 per month and goes to $150. Subscribing listeners can find exclusive programs or listen to their favorite podcasts in preview mode and without commercial breaks.

Its competitor, Apple Podcasts, launched a similar offer a few months earlier. Podcast publishers have the possibility to distribute their content via the listening platform with an a la carte subscription at the desired rate. American public broadcaster NPR allows listeners to enjoy the episodes of "Code Switch" without any advertising, for US$2.99 per month.

Regardless of the formula chosen, Apple takes a 30% commission on the revenues generated by the subscriptions. It goes down to 15% the second year. Podcast studios must also join a program at US$19.99 per year. Spotify does not take any commission until 2023. After that, it plans to charge a 5% commission.

Getting consumers to reach into their wallets


Others have tried before them to diversify the monetization opportunities of podcasting, between advertising spots, sponsorship and subscriptions. Luminary is a perfect example.

The company launched in April 2019 with the ambition to show that "podcasts don't need ads," as it proclaimed on Twitter at the time. It quickly had to face some hard economic facts: only 80,000 listeners had signed up for its $4.99 monthly paid subscription, a year after its launch. This was despite a paid offering centered around exclusive content, with celebrities like actress and producer Lena Dunham and talk show host Trevor Noah.

Meanwhile, US-based Glow is trying to stand out by offering listeners the opportunity to financially support the show of their choice with a few clicks. Once subscribed, they can enjoy premium content on any listening platform (except Spotify and Pandora). Other companies such as Stitcher, Acast and Sybel are also trying to convince listeners to pay for the podcasts they listen to, with varying degrees of success.

It must be acknowledged that it's not an easy task. How can audiophiles be convinced to reach into their wallets when so many podcasts are already available online? Americans don't really seem willing to do so, even though they are listening to more and more audio programs. More than 80% of listeners say they are "not very" or "not at all" likely to pay in any way to access podcasts, according to a YouGov survey conducted for Variety. A third believe that such audio content should be available for free and funded by advertising.

Despite the efforts of the podcast industry, paid content remains the Holy Grail in a sector historically built on free content. But it takes more than that to discourage some podcasters from picking up the microphone. More than one in ten Britons plan to launch their own audio program this year, according to an Acast study. Whether they can monetize them or not! Proof that when it comes to podcasts, passion still prevails over remuneration.

Tweets by @forbesindia
Spotify bet big on Joe Rogan. It got more than it counted on
Our top reads of the week