While millennials' tastes are different from those of Gen Z, both generations agree that the pop culture moments they're most interested in involve social networks, with memes and viral videos leading the way 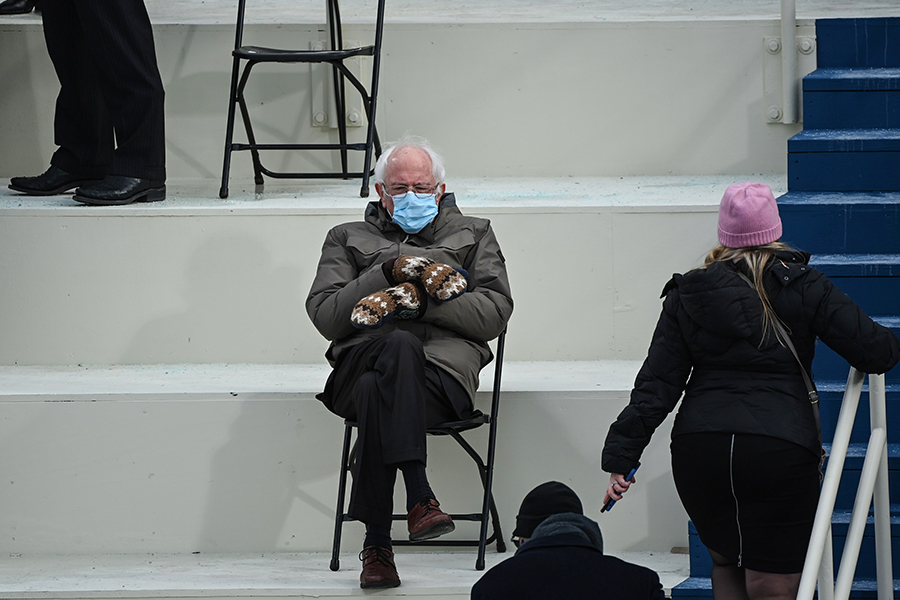 The Bernie Sanders meme, which went viral on social media, helped boost sales for the creator of his mittens.
Image: Brendan Smialowski / AFP

If we asked you to think of a "pop culture moment," what would come to mind? A movie release, a sporting event or the launch of a new TV series? While Millennials' tastes are different from those of Gen Z, both generations agree that the pop culture moments they're most interested in involve social networks, with memes and viral videos leading the way.

What's the magic formula for appealing to Generation Z and Millennials? According to a study conducted by YPulse*, memes and viral videos are now the pop culture moments these younger generations care most about, more than movie releases or sporting events. Some 55% of Generation Z respondents say their generation cares about viral videos and memes on social networks, while 48% of Millennials think the same. Music comes in second place, with a new album or song release scoring 48% for Generation Z and 38% for Millennials. Finally, the video games world comes in third place, with 48% of Gen Z and 33% of Millennials saying that their generation is interested in new video game releases.

The use of memes has exploded on social networks since the Covid-19 pandemic. A phenomenon explained by the American Psychological Association in a study highlighting how funny or cute memes can help reduce stress and boost people's confidence in their ability to cope with the pandemic. Besides being a source of comfort or serving as an escape in these gloomy times, memes and viral videos are also used by younger people to keep up with current events online and in the world of pop culture.

Another takeaway from the "Pop Culture Redefined" report is that while Gen Z is unpredictable, driven by social networks and not by a fixed calendar of popular events, Millennials still attach great importance to such moments. For example, 44% of Millennials say that their generation is interested in the release of a movie, and the same number in celebrity scandals. The launch or finale of a TV series and major sporting events are also part of their interests, unlike Generation Z.

However, if an event involves several factors, such as the memes associated with a political event, both generations can be reached, as seen with the Bernie Sanders meme from Joe Biden's inauguration as President of the United States in January 2021.

Which pop culture moments do Gen Z and Millennials feel their generation cares about?