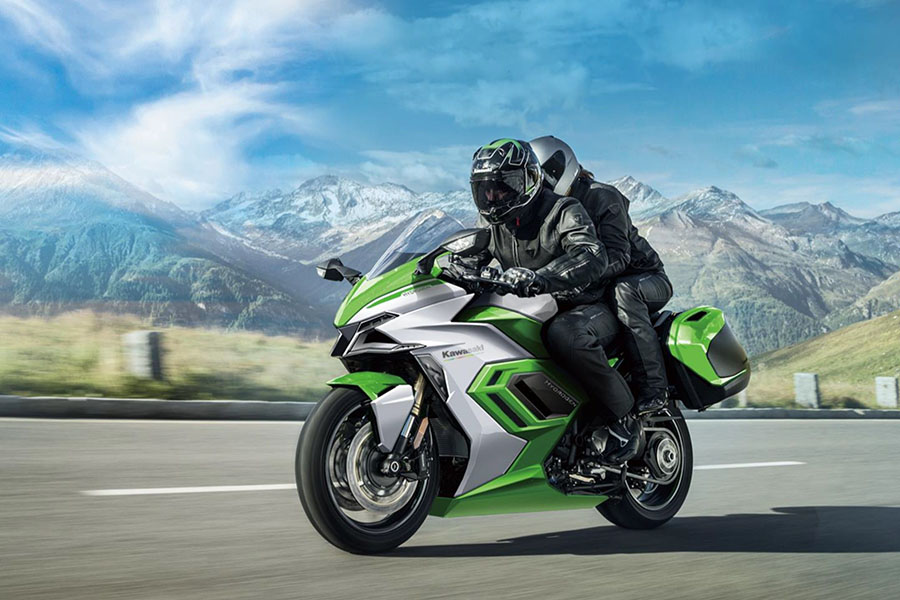 The manufacturer has even said that it is working on a hydrogen-powered Ninja H2. Image: Courtesy of Kawasaki©

The transition to green energy also concerns motorcycle manufacturers, who must also adapt and find alternatives to fossil fuels. Among the options open to them is hydrogen fuel. And the first such models could be coming to the market in the next few years.

Kawasaki and Toyota have announced that they are working together to develop hydrogen engines for the Japanese manufacturer's future motorcycle models. Indeed, Toyota is one of the pioneers of the field among car manufacturers, with its famous Mirai, unveiled in 2014. More recently, the Japanese auto-maker has developed hydrogen versions of two popular models, the Corolla and the Yaris, although these are exclusively focused on racing for the time being.

Toyota now wants to put its expertise at the service of Kawasaki to develop hydrogen combustion engines directly derived from more conventional internal combustion engines. Initial tests could involve the Ninja H2. In 2021, it was this motorcycle model that was used as an example for the development of this new technology, even if no prototype has yet been unveiled.

While the launch of a hydrogen-powered Kawasaki isn't on the agenda anytime soon, the idea is making headway in Japan. After cars, trucks and even trains, the arrival on the market of the first hydrogen-powered motorcycle models is fast approaching. Honda and Suzuki, to name but two manufacturers, are also working in the field.

Note that some smaller-scale initiatives are also beginning to emerge. This is the case of the Segway-Ninebot manufacturer and its electric sports bike concept, powered by a removable hydrogen fuel cell system. Called the Segway Apex H2, it could be released in 2023. In France, H2 Motronics is fine-tuning its hydrogen-powered sports bike project (code name H2K), which is capable of approaching the performance of a Moto3 bike on the track.