How Cummins, a century old maker of dirty diesels, is now leading the hydrogen charge

A Tesla is fine for the morning commute, but to power the huge trains, trucks and ships that move the global economy, hydrogen is the ticket 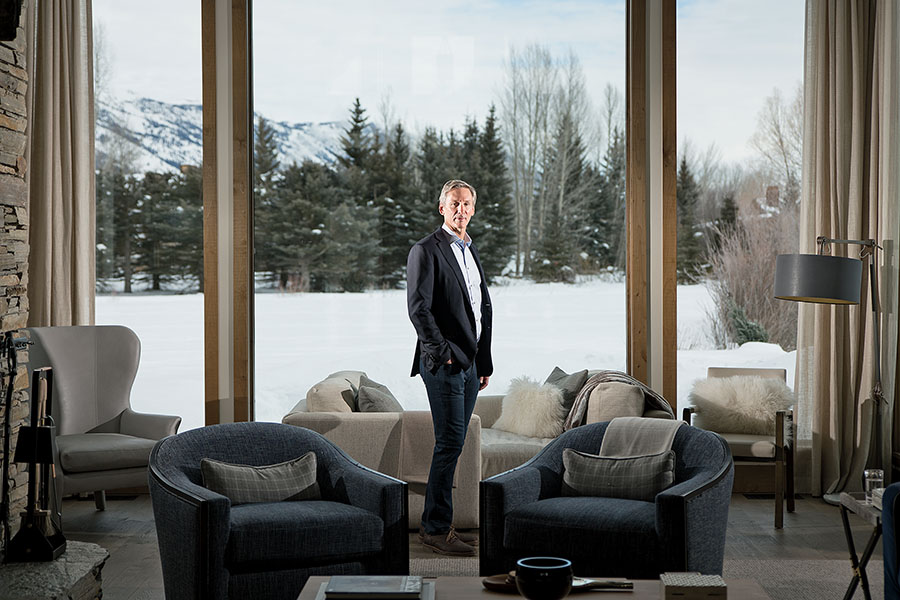 Cummins Inc’s stylish, cantilevered steel-and-glass office tower in Indianapolis looks more like the headquarters of a tech company than a business that lives on diesel fumes. The incongruity continues in Columbus, Indiana, where Cummins was born a century ago and where the company’s foundation funded cutting-edge designs by IM Pei and Eero Saarinen for schools, fire stations and a library.

That the leading US maker of diesel engines happens to be run by a Silicon Valley native with a Stanford engineering degree is another surprising twist. It’s also entirely relevant: The battle for the truck engine market will be fought on environmental territory, with Cummins taking on seemingly greener upstarts offering electric trucks.

Bring it on, says Thomas Linebarger, Cummins’ chief executive for the past decade.

“Teslas won’t drive our economy,” he says. “They’ll drive rich people.” Cummins is thriving precisely because it has been adept at meeting the ever more demanding environmental rules imposed on diesel engines. And when the day comes for battery-powered or hydrogen-fuelled trucks to displace diesel entirely, Linebarger will be ready.

The lanky 59-year-old executive began laying the groundwork for an evolutionary shift at Cummins six years ago, acquiring companies with battery, hydrogen and fuel-cell expertise and setting up a new division focussed solely on next-gen powertrains. Linebarger is betting that those moves and Cummins’ large global customer base can help it lead the market for cleaner trucks, buses, boats, trains, mining equipment and generators through the 2020s and beyond.

“We need solutions that will get things to market—get your mattress delivered, deliver your flowers, all this other stuff that goes on out here,” he says, pointing out a large conference room window as a heavy winter rain soaks Indianapolis. “One solution isn’t going to do it. Nobody understands the range of those solutions more than we do.”

The environmental challenges of diesel are considerable. Besides carbon dioxide, the fuel emits black soot, a cause of heart and lung disease, and precursors to smog and acid rain. California is demanding that by 2024 commercial fleets begin replacing diesel trucks with zero-emission models. The US Environmental Protection Agency intends to phase in stricter requirements for heavy trucks starting with 2027 models.

So far, Cummins’ ability to develop cleaner diesel systems to meet tighter pollution rules over the past 20 years has helped it thrive. Analysts estimate it had $2.2 billion of net income in 2021 on revenue up 21 percent, to $24 billion. Its market cap is $33.5 billion.

Transitioning the heavy-duty vehicle market from diesel fuel won’t be fast or cheap. And the winner in the long-haul market may not be the battery-powered trucks that Elon Musk is promising. It might be engines burning hydrogen from renewable sources. Taking into account the lithium mining for a battery and the partly fossil-fuelled grid used to recharge it, it’s quite possible that someday Cummins’ trucks will be greener than Tesla’s.

Running a manufacturer wasn’t a likely outcome for Linebarger. He grew up in a working-class Silicon Valley home at a time when the region was defined by IBM and Hewlett-Packard rather than Apple and Google. His parents divorced when he was young, and at one point his mother turned to food stamps. “She went back to college, finished her occupational therapy degree at San Jose State and kind of just kept us moving.”

Good public schools helped Linebarger get into Claremont McKenna College and Stanford, where he got undergraduate degrees in management and mechanical engineering. He took an internship at Cummins while completing a combined MBA and master’s degree in manufacturing science at Stanford. “I wanted to build companies, not finance them,” he says.

Linebarger’s strategy to attack carbon and further cut exhaust pollution is multipronged, mixing conventional and high-tech options. Cummins’ engineering team plans to keep improving the efficiency of its diesel engine and generator lines while also designing them to burn cleaner fuels, including natural gas and hydrogen made from renewable sources. They’re also readying hybrid options that, like Toyota’s Prius, boost fuel efficiency without the huge battery of an all-electric truck.

“Today, with the techniques we have with big data and analytics, we can design efficiency into the system in a way that we couldn’t 10 or 15 years ago. We have a target to improve the efficiency of our engines by 20 percent or 25 percent by the end of the dec­ade,” Linebarger says. “The next step is mostly fuelling; it’s not really much else to do with the engine at that point. Once you are perfectly efficient, it’s hybridisation and fuel.”

Linebarger created a New Power division at Cummins in 2018 to design battery and fuel-cell power systems and hydrogen generation technology that may supplant its diesel business by the 2030s. To shore it up, Cummins bought fuel-cell and hydrogen developer Hydrogenics, took a stake in Sion Power to develop lithium-metal batteries and started a joint venture with Chinese oil company Sinopec to produce hydrogen from renewable sources. Led by Amy Davis, New Power will initially focus on batteries and motors for light and medium trucks, and hydrogen fuel-cell systems for rail applications and stationary power generation. Long-haul hydrogen-fuelled power­trains for semis are in the works but won’t likely be a core business until the late 2020s, she says.

With advances in battery packs and offerings for lighter commercial vehicles, fleet operators are “getting their head around last-mile trucks” but are concerned about replacing diesel systems in semis and heavy-duty trucks, Davis said while she and Linebarger were in Scotland for the climate-change conference in November. Cummins’ customers have concerns that battery-only systems—like Musk’s planned semis that go up to 500 miles—aren’t realistic. It isn’t just the size of the battery that gets in the way. It’s the paucity of charging stations.

Davis described customers asking, “What about my long haul? I couldn’t even charge three of my trucks at once, given the system that’s out there for charging. So what are we going to do?” Her answer: “The fuel-cell electric drivetrain can be quite complementary with the battery work that’s going on.”

Along with truck makers, including Daimler, Volvo and startup Nikola, Cummins sees battery power as a viable option for heavy trucks that need only 200 miles of daily range, such as rigs hauling cargo from ports or running fixed delivery routes. For trucks needing to travel 300 miles between fuelling, hydrogen power looks more attractive, particularly since a fuel-cell system that converts the element to electricity is lighter than a battery pack. Hydrogen’s refuelling time can be comparable to that of diesel.

Cummins expects to report sales from the New Power unit reached as much as $130 million last year. That number would be a fraction of total company revenue but greater than the combined sales of commercial EV makers Rivian, Arrival and Nikola, which are just starting fleet deliveries.

Matthew Elkott, who covers Cummins for Cowen & Co, says the path Linebarger has laid out—blending steady efficiency gains for conventional engines and readying next-generation technology—looks right. “We don’t know yet what’s going to be the most ubiquitous technology 10 or 20 years from now, but [Cummins is] going to help migrate a lot of those customers toward whatever the future looks like.”

Tesla has lined up thousands of potential customers for the Tesla Semi that was unveiled in 2017 and is at least two years behind schedule. Given the EV maker’s lack of experience working with big fleets, Elkott is sceptical about how big a player Tesla or Nikola, which is also advocating for both battery and hydrogen power, will be in commercial trucks.

“The advantage [Cummins] has over someone like Tesla is this installed base of customers worldwide,” many of whom have dealt with it for decades, Elkott says. If the company says it has a compelling hydrogen-powered product and the fuel needed to power it, that’s likely to be taken seriously by companies it’s already supplying. “If I was that customer, I am more likely to choose Cummins than someone new to the market.”

Like other long-lasting global manufacturers such as Ford, Toyota and Harley-Davidson (on whose board Linebarger serves), Cummins sees engineering innovation as core to its history. Co-founded in 1919 by Clessie Cummins to advance Rudolf Diesel’s revolutionary engine, the company initially licenced a design from a small Michi­gan firm before developing its own direct-injection diesel engines that could run pumps, grind grain or power a saw. By the 1930s, Cummins pushed into the truck market with the Model H engine that became an industry standard.

“Cummins has done best when innovation is required,” Linebarger says. “As soon as the industry kind of settles on a technology, then you’re just competing for scale and cost.”

The US Clean Air Act of 1970, which forced diesel makers to clean up their products, ultimately boosted business for Cummins, which was rapidly able to bring cleaner engines to market. Linebarger expects a similar outcome as carbon dioxide becomes the enemy.

“I look at decarbonisation and say that’s a growth opportunity for Cummins, because now innovation is going to matter a lot,” he says. “Innovation is what we do—and then we don’t have to compete so much on the lowest price times a million units.”