So you like rap but can't stand heavy metal? Science can help you understand why

Researchers from Germany's Max Planck Institute have studied this phenomenon. It turns out that several factors can explain this dislike for certain musical genres 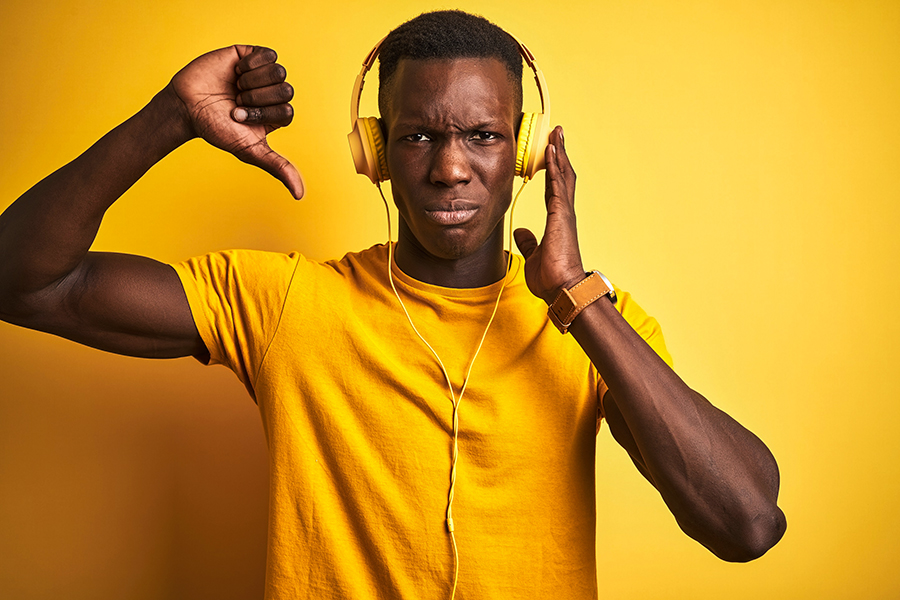 The types of music we don't like say as much about us as the ones we love.
Image: Krakenimages.com / Shutterstock

People can have very strong opinions about music. That's why some people are less into rock, pop or classical music, for example. Researchers from Germany's Max Planck Institute have studied this phenomenon. It turns out that several factors can explain this dislike for certain musical genres.

The scientists asked around 20 people of all ages about their reasons for disliking certain musical styles. They found that these could be classified into three categories. The first involves characteristics relating to the music itself, such as the lyrics or the composition of a piece. The second relates to the emotional and physical effects that music can have on individuals, while the final category relates to social factors.

Contrary to what you might think, this aversion to a musical genre is not just about disliking a particular track or artist. It can be much more visceral than that. Participants in the study report feeling physically ill when they listen to music they don't like. Some experience headaches, nausea or feel like their heart rate is increasing. This feeling of discomfort affects the mental wellbeing of some participants. They feel aggressive, angry or even down when listening to music that is not to their liking. And this bad mood can even last over time.

Is the love of music an innate personality trait?

Researchers at the Max Planck Institute found that musical aversions serve important functions in the construction of an individual's identity. The styles of music we dislike say as much about us as the ones we like. These musical preferences are social markers: it is fashionable to dislike certain so-called "commercial" or "mainstream" music, for example. As such, criticizing them publicly allows you to show off your own knowledge of music, and especially your good taste.

Stereotypes associated with artists and fan communities also play an important role in how some people relate to music. The scientists noted that study participants who said they disliked heavy metal often had prejudices about the physical appearance of music lovers who were fans of bands like Black Sabbath, Metallica and AC/DC. "The interviewees also attributed psychological abnormalities or disorders to the fans or associated them with substance and alcohol abuse or criminal behavior," they wrote in the study, recently published in the journal PLOS.

For years, the scientific community has been wondering why human beings devote so much time and energy to music. Is it an innate trait, as some music lovers like to think? It seems that this is not the case for everyone. For some, not liking music could even be inscribed in the brain. Scientists speak of musical anhedonia. This neurological phenomenon, theorized in a 2013 study, explains why some people are unable to derive pleasure from music. However, researchers still don't understand what exactly is going on in the brains of these individuals that prevents them from responding to music in the same way as music lovers.

Tweets by @forbesindia
Success is living your truth and sharing it: Amala Paul
Growth, achievements, and humility: How Shardul Thakur defines his cricket journey