To get closer to their idols, music fans are ready to fork out

Beyond snapping up traditional merchandise, many fans subscribing to exclusive content offers from their favourite artists, with an increasing number of startups positioning themselves in this booming market 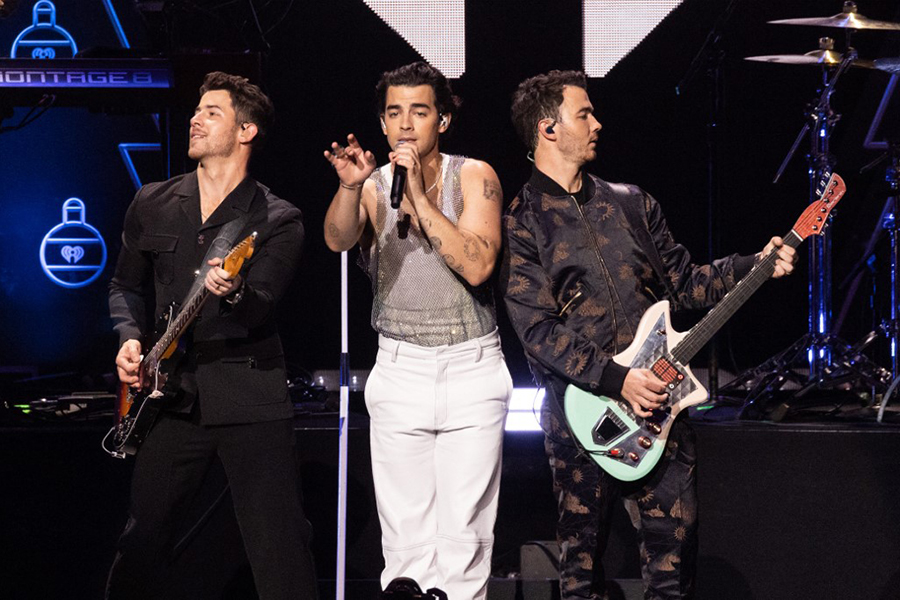 Music fans are ready to reach into their wallets when it comes to special attention from their favorite performers. Beyond snapping up traditional merchandise, many are subscribing to exclusive content offers from their favorite artists, with an increasing number of start-ups positioning themselves in this booming market. We take a look.

T-shirts, CDs, candles, calendars, wine glasses... Fans of the Jonas Brothers are spoilt for choice when it comes to goodies. And now they can purchase exclusive content from the successful trio through Scriber. This American start-up allows artists and celebrities to offer up photos, videos, anecdotes and tales from their private lives as well as exchange personal messages and chat to their community, in exchange for a monthly subscription. In the case of the Jonas brothers, it amounts to 4.99 dollars.

American music lovers who want to experience the band in a new light need only text "GO" to (844) 228-4544. This system allows Scriber to avoid paying a commission to Google and Apple app stores for its subscriptions, as Axios points out. On the other hand, the startup charges celebrities a dollar a month for each one of their fans using its services. On top of that comes a management fee of 2.9%.

If the Jonas Brothers are, for the moment, the only ones currently offering exclusive content to their community via Scriber, others will likely soon follow in their footsteps. That's what Brian Goldsmith, the founder of the start-up, is betting on. For him, Scriber allows artists to breathe new life into their "fandom." "You're targeting the little community of super fans who want either more of what you're already doing or they want to see something that only subscribers will get to see," the tech entrepreneur explained to Axios.

The target audience are the most devoted fans, who are ready to reach deep into their wallet to live the "fan" experience more intensely. They're not particularly numerous—the Nielsen Institute estimated in 2013 that they represent 14% of music consumers -- but they spend lavishly and are responsible for a third of all spending related to music. Their top items? Classic merchandise such as T-shirts, posters and vinyls, but also more unusual items such as fast food menus featuring their favorite artists or virtual collectibles.

In the digital age, belonging to a fandom takes on a whole new dimension. Musicians can no longer rely solely on concerts and social networks to keep their community engaged. They have to be inventive to entertain them within a music ecosystem where they are competing with millions of other artists. "We love surprising the fans with secret shows and special events, and Scriber provides an easier way for our fans to get access. It's a win-win," Joe Jonas said in a statement.

Win-win and also very lucrative. Axios estimates that if 1% of the 50 million people who follow the Jonas Brothers on Instagram sign up for a subscription on Scriber, the group could pocket $30 million. A tidy sum. The Jonas Brothers have already stated that half of the proceeds from their partnership with the start-up will be donated to charity. While Brian Goldsmith clearly hopes that other big names in music will follow their example, the entrepreneur is not the only one taking position in this market of exchange between mega fans and celebrities.

All kinds of fan communities

Fave is also in this niche. The start-up was launched in 2021 by Jacquelle Amankonah Horton with the goal of allowing fan communities to come together. Currently, three fandoms are present on Fave: the Swifties, Taylor Swift aficionados; the famous (and very powerful) "ARMY" of K-pop boy band BTS; and the Hooligans, Bruno Mars fans. They use Fave to discuss their idol's latest projects with one another, post content about their passion and participate in contests.

According to Jacquelle Amankonah Horton, the platform contributes to the building of communities and strengthening of social ties. "There are so many amazing platforms that allow for creators to share a message with their audience, but the fans are always sitting back passively and consuming," she explained to specialist publication Music Business Worldwide. "Of course, they love to consume, that's why they fall in love with the artist in the first place. But they also have a lot of stories of how they fell in love with the lyrics that touched them in the first place."

Jacquelle Amankonah Horton's startup hopes to attract more fan communities in the coming months. But for both Fave and Scriber, this won't be easy. Many fandoms are already present on Discord, a discussion service originally designed for online video game players. This is the case of the musician Grimes's fans. More than 15,000 interact on the server dedicated to her, Grimescord. In comparison, the one dedicated to the third album of Harry Styles, "You Are Home," counts nearly 196,000 members.

The platform also hosts thousands of other music-related communities. According to Pitchfork, half of the company's PR department is now tasked with helping artists and their teams use Discord. All for the sole purpose of cultivating a sense of intimacy with their audience. This is no easy task, as American researcher Nancy Baym explains in her book, "Playing to the Crowd: Musicians, Audiences, and the Intimate Work of Connection." "For artists, maintaining active relationships with so many people can be both personally and financially draining, as well as extremely labor intensive," she writes. Something for Scriber, Fave and their competitors to capitalize on.