World Cup in Qatar: How high could its carbon footprint be?

To reach this number, Greenly, a carbon footprint calculation app, used estimates from the NGO Carbon Market Watch, showing that the FIFA event is still far from the "carbon neutral World Cup" it has announced 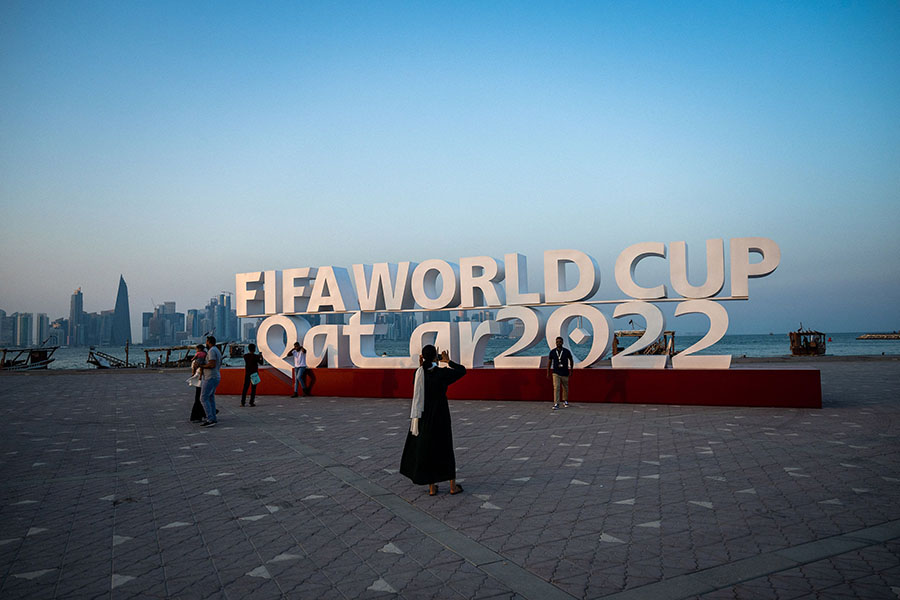 The carbon footprint of the soccer world cup in Qatar would amount to six million tons of CO2 equivalent, which the world cup will emit. Image: Jewel Samad / AFP

How many tons of CO2 will be emitted by the World Cup event in Qatar, taking place November 20 to December 18? According to estimates made by the Greenly app, the bill could be twice as high as the 3.6 million tons of CO2 equivalent announced by FIFA.

Six million tons of CO2 equivalent: the total carbon footprint of the World Cup in Qatar could rise to that amount, an estimate projects. To reach this number, Greenly, a carbon footprint calculation app, used estimates from the NGO Carbon Market Watch, showing that the FIFA event is still far from the "carbon neutral World Cup" it has announced.

"It is impossible to accurately estimate the carbon footprint of the World Cup in Qatar. However, with our estimates alone, we are already close to 6 million tons of CO2-eq, which is almost double the emissions announced by Qatar," says Alexis Normand, founder of the French carbon reporting startup Greenly.

Infrastructure construction tops the list of areas of energy consumption: the six new stadiums built for the competition could generate a carbon footprint of 1.6 million tons of CO2-eq, a figure eight times higher than indicated in FIFA's announcement.

"The carbon footprints of the construction of the new stadiums, although spread over time, remain seriously underestimated," the Greenly survey states. There is also the question of air conditioning in the stadiums where the matches will be played, an element that is highly criticized for its carbon footprint.

Greenly also calculated the cost of fans' transport and travel to event, which it estimates at around 2.4 million tons of CO2 equivalent, just for the air travel undertaken by the 1.2 million fans travelling to the countries of the Arabian Gulf. In addition, there are 160 daily shuttle flights between Doha and its neighbors. That's one plane every 10 minutes!

"Assuming that these flights are made with Airbus A320s with a capacity of 150 passengers and filled to 75% of their capacity (the average for a traditional flight), 160 round trips between Doha and Dubai would be equivalent to 2160 tons of CO2-eq. Filled to 100%, they would account for 2,880 tons, or 83,520 tons of CO2-eq over the 29 days of the competition," the report said.

And that's not all, as digital pollution should also be included in the carbon footprint of this event. Although this aspect is difficult to quantify, Greenly assumes that the 2022 World Cup in Qatar could attract around 3.2 billion viewers. This figure is based on figures from the previous World Cup held in Russia in 2018, which, according to FIFA estimates, represented more than 34.66 billion hours of viewing.

However, taking into account that the average electricity consumption of an LCD TV is 0.1 kWh per hour of viewing and that the world average carbon intensity of electricity is 475 CO2/kWh,  the carbon footprint of the games' broadcast could be around 1 to 2 million tons of CO2 equivalent alone, according to Greenly.

"All these estimates are not to be taken to the letter However, their order of magnitude allows us to see to what extent the figures announced by Qatar are below reality," says Alexis Normand.

With the fact that the construction of the stadiums for the upcoming World Cup resulted in the deaths of 6,500 workers, as revealed in an investigation by the Guardian published in early 2021, the carbon footprint is yet another element prompting some web users and citizens to dub the event the "World Cup of Shame" and to call for a boycott of the competition