Name, Game and IPL: How Taproot Dentsu hit the bull's eye with its first IPL campaign 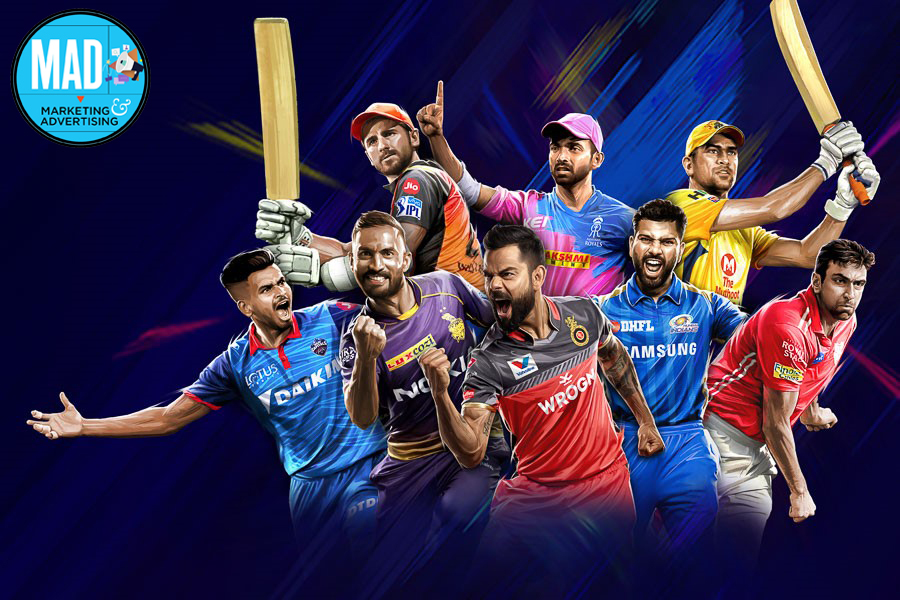 For Agnello Dias, chief creative officer and cofounder of Taproot Dentsu, working on the first TV campaign for the Indian Premier League (IPL) meant dealing with a mix of three things: Name, game and IPL.

Let’s start with ‘name.’ Most of the past campaigns made by other agencies (read Ogilvy) were memorable, and already had a name for themselves. The second issue to contend with was the ‘game’ itself. IPL happens to be single largest appointment viewing platform in India. What Dias and his creative team were going to handle was not just cricket. It was IPL. “There is an extremely harsh spotlight on every IPL campaign,” says Dias.

The first thing that Taproot Dentsu did, recalls Dias, was to forget the past, and start a new innings. “We were looking for a single idea that could be interpreted creatively,” recounts Dias. After hours of brainstorming, it became clear that the team didn’t want a slew of creatives tied together by a common tagline. “It would be short cut and not really true to the spirit of the campaign,” says Dias.

Ironically, cricket--a British-origin game now powered by India--found salvation for its shortest avatar in Sanskrit. The trick was to read between the lines, or just to read the line. There’s a sentence inscribed in Sanskrit--Yatra Pratibha Avsara Prapnotihi--on the IPL trophy since its inception. When translated in English, it means ‘where talent meets opportunity.’ “We only had to scan all the current foreign players to see how many had made their name in the IPL,” says Dias. The accidental discovery led to game banayega name campaign.

Commenting on the campaign Rahul Johri, CEO, BCCI said, “BCCI’s primary objective while launching the IPL in 2008 was to promote domestic talent. In the last 11 years, it has unearthed some extraordinary players who have been serving Indian cricket with distinction."

There was another underlying strand behind the idea. Over the last 11 editions of the IPL, there is one grand match that is played out every single year. In fact, that’s the cardinal theme in all the matches. “It is the match between today’s stars and tomorrow’s stars,” says Dias. Every IPL, he says, there is a new batch of young players who have the game, and they go on to make their name. There is a strong batch of existing stars who have the game and the name, and who pose a strong coming-of-age test to the youngsters. After passing the test, they are welcomed into the spotlight by the established stars. “This was the genesis of the idea,” he says.

The final tagline, though, was not arrived at in one go. It was the result of innumerable permutations and combinations using these two keywords: Game and name. “’Game Bada Ya Name’ or ‘Game Dikha Name Bana’ were some of the options on the table,” recalls Pallavi Chakravarti, executive creative director at Taproot Dentsu. Taproot Dentsu and Star Sports went with what had a positive, definitive ring: Game banayega name. “We never really ‘sat down’ to make the commercial. We were on our feet the whole time,” laughs Chakravarti. The choice of Hinglish, though, was a unanimous decision. “It’s almost a legitimate language now,” she says.

If finding a blockbuster campaign was gripping, then pitching the idea to Star was no less dramatic. Reason: Taproot Dentsu went with one single idea. Unlike a conventional pitch, Dias says, where there are multiple options, the team felt that none of the options measured up to this one. “Therefore, the radical call to present one and only one single idea,” he says. The gambit, though, had high risk. “As a team, we were a bit apprehensive,” he shares. Had it not found resonance, the agency would have lost the pitch. “But we went by our gut, and it worked,” he adds.

The story, however, didn’t end by just zeroing in on the name of the campaign. “All of us collectively found ourselves tasked with creating five logistics-heavy commercials in five weeks,” recalls Chakravarti. “It was a bit like trying to hit 6 sixes off 6 balls,” she laughs. In record time, Equinox Films produced four of the five films for the launch. Little Lamb Films pitched in with the heart-warming Omkar Patwardhan piece.

The launch film, in fact, created history. In a first, eight representatives of all IPL teams were brought together in the same commercial to announce the tournament. “Star Sports and BCCI deserve all the credit for this coup,” she says. “Once the cameras rolled, the energy on set was fantastic, because the young boys on the maidan side and the cricketers on the stadium side actually had to push a giant screen around, and they went for it, all guns blazing.” Speaking on the campaign, Gautam Thakar, CEO Star Sports said, “Through this campaign we wanted to truly reflect this thought that, given the right opportunity, anyone with skills and talent can make their mark in the world. The VIVO IPL has already shown in the past that it is an ideal platform for aspiring cricketers to showcase their talent. Names such as, Ravindra Jadeja, R. Ashwin, Hardik Pandya, Jasprit Bhumrah, Rishabh Pant among many others are all testament to this."

For Shashank Lanjekar, head of strategy at Taproot Dentsu, ‘game banayega name’ is not an idea exclusive to cricket, and applies to life at large. “You are as good as your last few performances,” he says. Consistency, quality of performance and skill are the three pillars of ‘game.’ The ‘name,’ he adds, is an output of an outcome. Nothing more. Game banayega name is like one of those truisms that come about once in a decade or so. “It’s like har ek friend zaroori hota hai [every friend is necessary—a famed AirTel campaign],” he adds.

For the agency now, though, it’s name, game, and IPL.

Tweets by @forbes_india
Why is Generation Z so depressed: Overprotective parents
This Estonian startup has become a thorn in Uber's side