With an extensive 3rd wave, will be naive to expect business would be as usual: Abheek Barua

Two vicious Covid-19 waves have likely taught Indian companies how to handle disruptions and bottlenecks. But if Omicron spins into a debilitating third wave, it will throw both businesses and economic growth into a flux, the chief economist and executive vice president of HDFC Bank writes 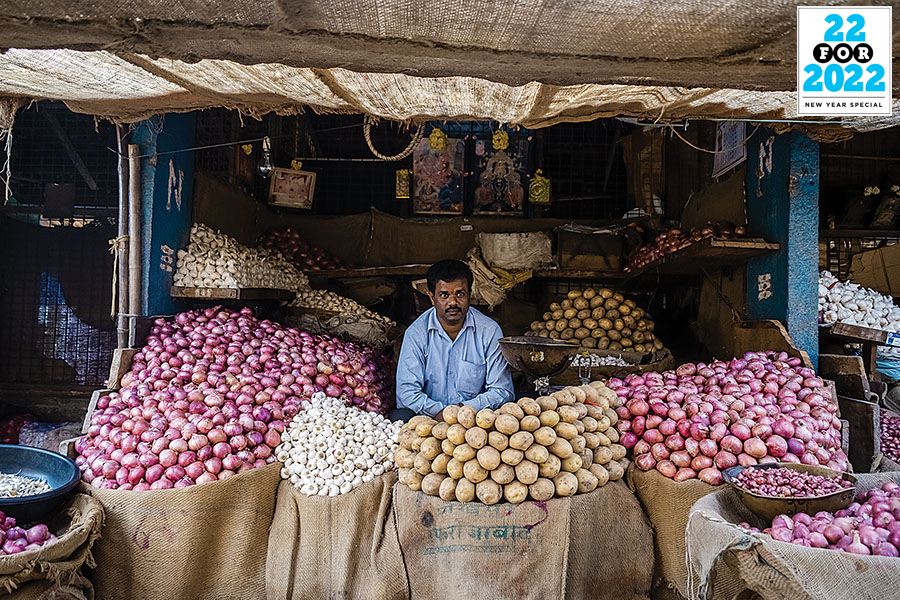 The somewhat soft inflation numbers in the third quarter of 2021 are likely to be transitory
Image: Balaji Srinivasan/ Shutterstock 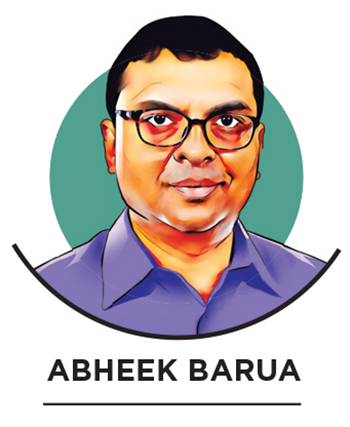 The Indian economy has rebounded sharply in 2021-2022 from the depths it found itself in last year. Unless there is a massive third wave of Covid-19 riding on the Omicron variant, it seems poised to expand by at least 9.5 percent. There was a certain inevitability to this sharpness of the rebound. Simple arithmetic would suggest that when income levels go back to normal after a sharp contraction, growth rates are likely to look quite spectacular. Add to this the fact that the contraction was driven by forced curtailment of economic activity (most importantly, the activity of purchase and consumption) to contain the spread of the virus, and you get a situation where pent-up consumption needs to unfurl as the economy reopens, giving growth a pop.

However, to see the recovery either as purely a mathematical chimera or merely the release of pent-up demand is misleading. A number of things have happened during the two years of Covid-19. Both the digital economy and platform-based delivery services have seen significant expansion. Due to the compulsion of going digital as containment measures restricted mobility, fintech and edtech, for instance, saw a step-jump.

IT companies shifted seamlessly to remote working and saw a rise in demand for their services as, globally, companies focused on cutting costs. With business expanding, companies in these sectors have been on a hiring spree, resulting in higher salary escalation and spending. The banking and financial services industry has joined in anticipating rising business. These have helped consumer demand and could sustain.

Exports did well too as buyer countries reopened. While a recovery in buyer economies helped, the story of Indian exports goes beyond the purely ‘cyclical’. There is evidence to suggest that the so-called ‘China+1’ phenomenon is playing out in sectors like textile and electronics. Global producers looking to diversify their input sourcing have turned more toward India during the last couple of years, driving what could well be an upward ‘structural’ shift in Indian exports.

Elevated international commodity prices, a wholly unexpected boom in housing and a more recent recovery in infrastructure, has pushed up profits and driven capacity utilisation in sectors like cement and steel. On the whole, the corporate sector has fared well with sales in the second quarter of 2021-2022 up 32 percent and around 50 percent for profits going by a fairly exhaustive sample of companies compiled by the Reserve Bank of India (RBI). 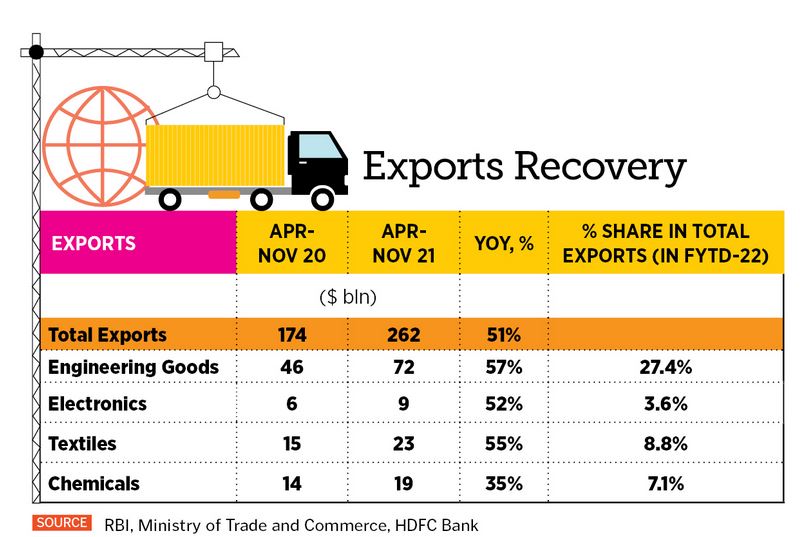 Many of these companies are reaching a point where they can neither sweat their machines nor their workforce to produce more. If demand sustains, they will be forced to expand capacity and take on more employees. This could set off an investment and employment upcycle in a number of sectors. All this could mean that for the next couple of years, India’s Gross Domestic Product (GDP) could grow in the ballpark of seven percent, if the spikes and dips produced by ‘base effects’ are removed.

There are problems that could act as barriers to growth. Manufacturers that cater to the lower tiers of the income pyramid complain of a lack of demand for their products. Two-wheelers are a classic example where the sales of entry-level models are in the dumps while premium segments are doing well. There is evidence of the same phenomenon in other segments and could be manifestations of an uneven K-shaped recovery.

Macroeconomic data on private consumption seems to corroborate this as its share in aggregate demand has dwindled and its absolute level is well below pre-Covid levels. A skewed recovery could limit the size of the market, push incomes into the hands of those whose consumption propensity is relatively low and tamp down growth momentum.

The other problem, of course, is stubborn inflation and the central bank’s efforts to curb it through tighter monetary policy. The dominant narrative that shapes monetary responses has undergone a major shift over the past three months. As consumer price inflation hit decadal highs in the developed economies (retail inflation in the US is incidentally at a 40-year high), monetary authorities have switched tack. 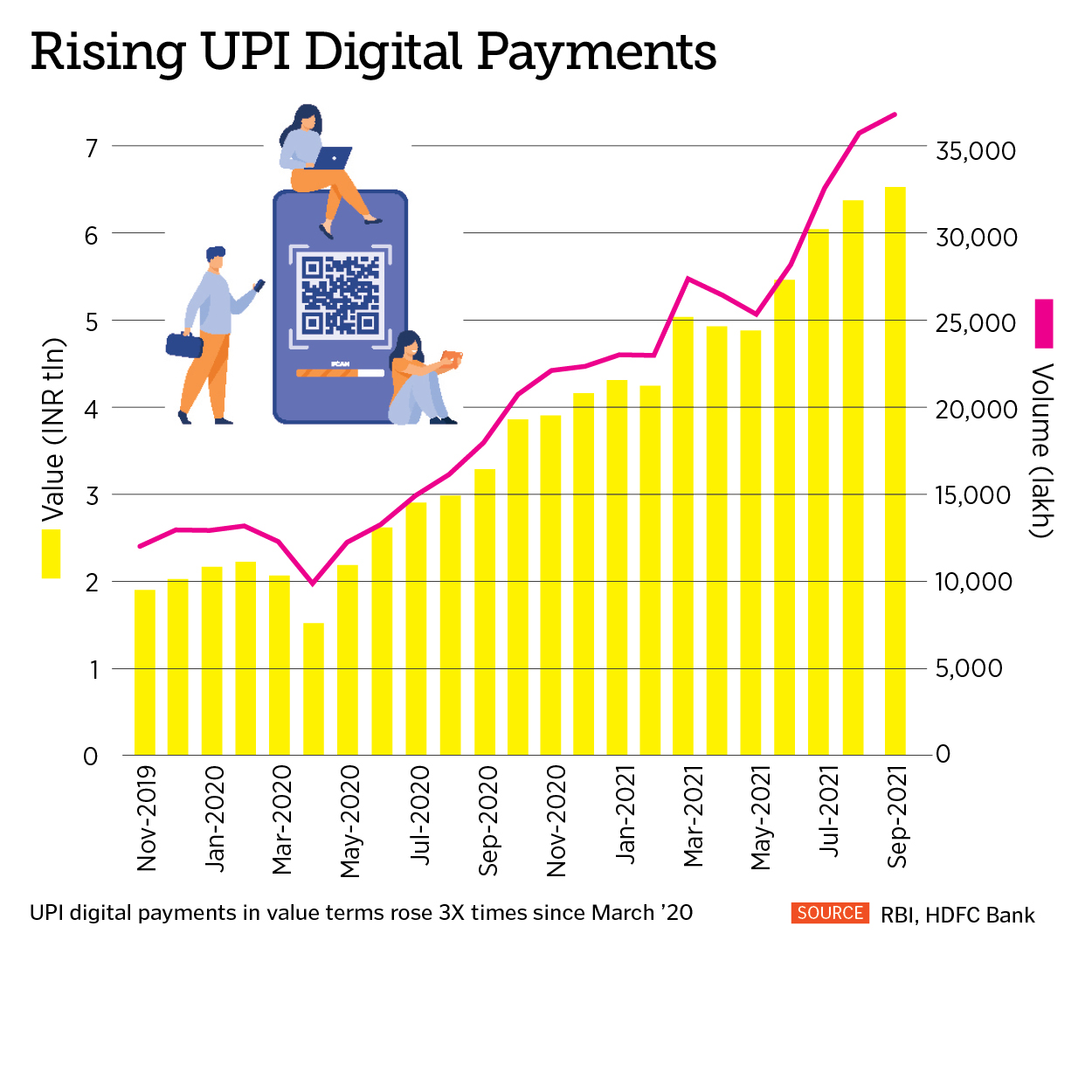 Instead of treating high inflation as the transient effect of supply shortages, they see it as a more entrenched, long-term problem that needs to be met head on. The US central bank has embarked on a taper that would bring its monthly cash infusion of 120 billion dollars into the economy (aimed at mitigating the impact of Covid-19) down to zero over eight months, if not earlier. While this itself had pulled interest rates up, most analysts expect it to hike its policy rate sometime in the first half of 2022. This would pressure up dollar interest rates further.

Inflation is a problem in India too and the somewhat soft numbers in the third quarter of 2021 are likely to be transitory. Core inflation (that excludes volatile elements such as food and fuel) is close to six percent and headline inflation might pierce the six percent target. The RBI appears to be somewhat benign in its policy statements but it is hard at work somewhat behind the scenes to ‘normalise’ financial system liquidity and allow market rates to drift up. Persistent inflation is likely to force the RBI’s hand and the anchor repo rate could lift off by the middle of 2022.

Economic recovery is typically associated with a rise in imports in a globally integrated economy like India. India imports a wide range of commodities from crude to vegetable oil to metals, and elevated commodity prices across the board along with higher volume growth has pushed up India’s import bill sharply. Thus, despite the export recovery, India’s trade deficit from April to November was a whopping $119 billion, up from $44 billion last year. However, large capital inflows ‘paid’ for the deficit, and the rupee hardly moved. 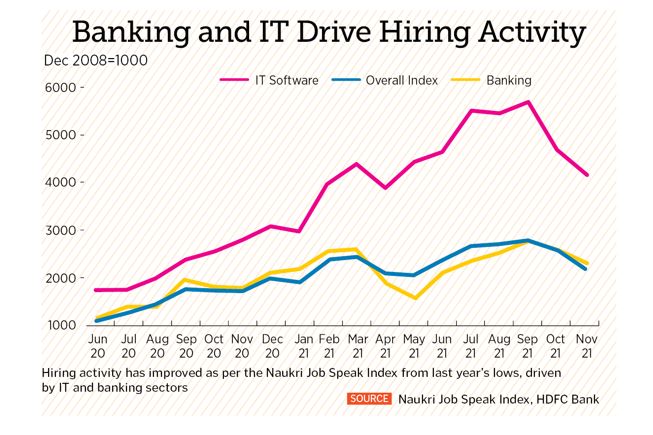 The shift in global monetary policy could change this equilibrium. Loose monetary policy in Western economies effectively pushed surplus dollars and euros into markets like India in a bid to seek higher yields on portfolio investments. As these moderate with the taper, a high trade deficit could mean some depreciation of the rupee. That said, the risk of an external sector crisis of the kind seen during the infamous taper tantrum 2013 is low. The RBI holds about 635 billion of dollar reserves, which could foot the average import bill for over 13 months. It could use these to meet a sudden rush in dollar demand and a run on the rupee seems unlikely.

The elephant in the room remains Omicron. Cognitive scientists talk of “learning by doing” and it is likely that two vicious waves of the virus have left Indian companies the wherewithal to handle production disruptions and supply chain and delivery bottlenecks. However, it would be naïve to expect that even with an extensive third wave, business would be as usual.

Tweets by @forbesindia
The epic rise and fall of Elizabeth Holmes
Photo Of The Day: World Braille Day