If Instacart does go public, it will be doing so at a risky time. Wall Street, spooked by inflation and the war in Ukraine, has been cool to tech stocks in recent months, and the number of IPOs fell 80% from a year earlier as of May 4 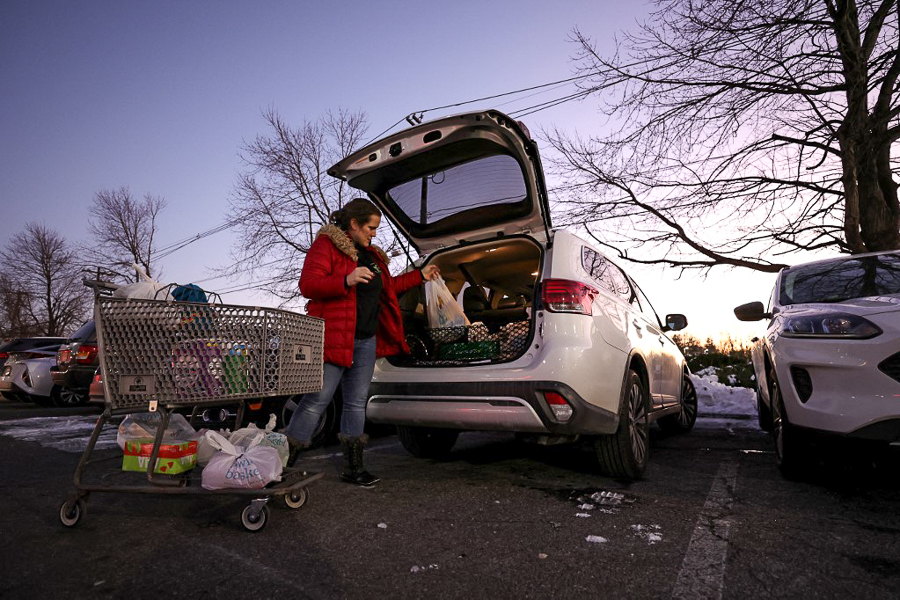 Jen Valencia, a part time worker for Instacart, packs her SUV with two orders for delivery in Clark, New Jersey, January 08, 2022 . Instacart expects growth in grocery delivery to increase and not revert back to pre-pandemic methods. (Credits: Michael Loccisano/Getty Images via AFP)

Instacart, the grocery delivery company, said Wednesday that it will test the waters for a public offering, despite recent shakiness for tech stocks and the company’s own turmoil over the past year.
The company said it had filed papers for a so-called confidential filing, which means it does not yet have to disclose certain data about the company. The filing does not require Instacart to follow through with an initial public offering, but it is considered a big step toward one.
If Instacart does go public, it will be doing so at a risky time. Wall Street, spooked by inflation and the war in Ukraine, has been cool to tech stocks in recent months, and the number of IPOs fell 80% from a year earlier as of May 4, according to Renaissance Capital.
Instacart, which matches customers at home with shoppers who pick out grocery items in stores and then deliver them, has dealt with its own troubles. In March, the company slashed its valuation to $24 billion from $40 billion, a rare move for a private startup. Some employees grumbled that the change amounted to a pay cut.
As COVID cases climbed in 2020, the company saw its sales and revenue surge. But the acceleration dropped off in the second quarter of 2021 as more people were vaccinated and returned to their regular shopping habits.

Since then, the company has been searching for a direction. It has tried to become more of a technology provider to the grocery partners it has worked with over the years, but they have reacted with ambivalence to new products.
Instacart’s founder and chief executive, Apoorva Mehta, was replaced by a former Facebook executive, though he stayed on as chairman of the board. Other top executives have also left, including two presidents.
Mehta had been involved in tense discussions with members of his board of directors, including over talks he held with DoorDash and Uber about a potential acquisition of Instacart last year, according to four people with knowledge of the situation. (The chief executive of The New York Times, Meredith Kopit Levien, joined Instacart’s board of directors in October 2021.)
Instacart was founded in 2012 by Mehta, as well as Max Mullen and Brandon Leonardo. Its lead investors include Andreessen Horowitz, Sequoia Capital and D1 Capital Partners.
The move to take the company public would be the next step in the new vision for Instacart laid out by Fidji Simo, the chief executive who stepped in last summer for Mehta. Instacart is working with Goldman Sachs and J.P. Morgan on the offering, according to a person familiar with the situation.
In a blog post Wednesday commemorating Instacart’s 10-year anniversary, Simo did not directly address the company going public, but she said Instacart was building technology for the next 10 years of its grocery business.
“Along the way we’ll have to navigate new challenges and volatile public markets,” she wrote. “But we have a vision worth pursuing.”

Tweets by @forbesindia
North Korea reports Covid-19 cases for first time
All is not well in the economy, say the most optimistic soothsayers