More than 40,000 lawsuits have been filed against the company, about the baby powder's potential links to cancer and claims that the talc in the product can be contaminated by asbestos. While it has been pulled from shelves in North America, sales continue in Asia and South America 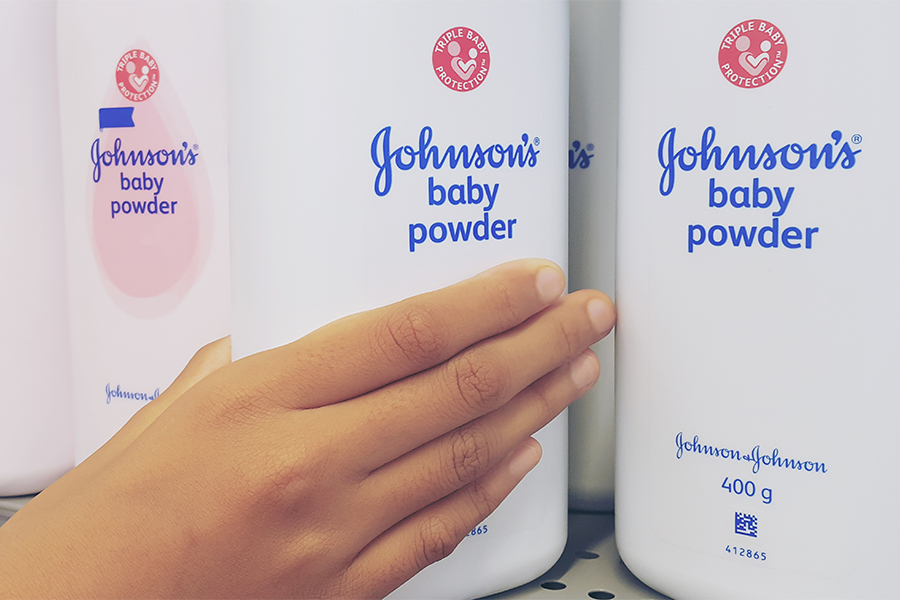 Johnson & Johnson had urged shareholders to vote against the shareholder resolution, saying of baby powder in its proxy statement that “decades of science have reaffirmed its safety.” Image: Shutterstock

Johnson & Johnson’s shareholders on Thursday voted against a proposal to discontinue sales of its talc baby powder around the world as the consumer goods giant tries to shield itself from tens of thousands of lawsuits over the product.

The proposal, which failed to win a majority of votes at the company’s annual meeting, was fueled by concerns about the baby powder’s potential links to cancer and claims that the talc in the product can be contaminated by asbestos. More than 40,000 lawsuits have been filed against the company, some including accusations that Johnson & Johnson marketed baby powder to Black and overweight women despite knowing about possible asbestos contamination for decades.

The product is no longer available in North America — Johnson & Johnson pulled it from shelves in 2020, a year after recalling some of its baby powder in 2019. But the product, which the company has repeatedly insisted is safe and free from contaminants, is still sold in markets such as Asia and South America.

Johnson & Johnson had urged shareholders to vote against the shareholder resolution, saying of baby powder in its proxy statement that “decades of science have reaffirmed its safety.” The proxy advisory firm Institutional Shareholder Services agreed, although it explained in a note that “shareholders should remain aware of potential continued risks from this issue globally.”

Glass Lewis, another proxy advisory firm, supported the proposal, writing in its recommendation that “stopping all sales of talc-based baby powder could help to repair some damage to the company’s reputation and could prevent potential lawsuits, fines or penalties in markets outside North America.”

The proposal was submitted by Tulipshare, a British activist investor that has also targeted companies such as Apple and Amazon and said it appealed to Johnson & Johnson shareholders, such as Vanguard and State Street, for support this week. The resolution highlighted Johnson & Johnson’s legal and reputational burdens: Last year, it faced $1.6 billion in talc-related litigation expenses, after setting aside $3.9 billion for legal bills the year before.

“This is no longer a political or legal or consumer problem,” said Tulipshare founder Antoine Argouges. “This is a shareholder problem.”

A separate shareholder proposal, submitted by activist investor group Mercy Investment Services, also raised concerns about talc while asking Johnson & Johnson to hire outside auditors to assess the racial consequences of its policies. The proposal, which passed, mentioned “troubling” claims that the company “aggressively marketed” its talc products to women of color despite health concerns.