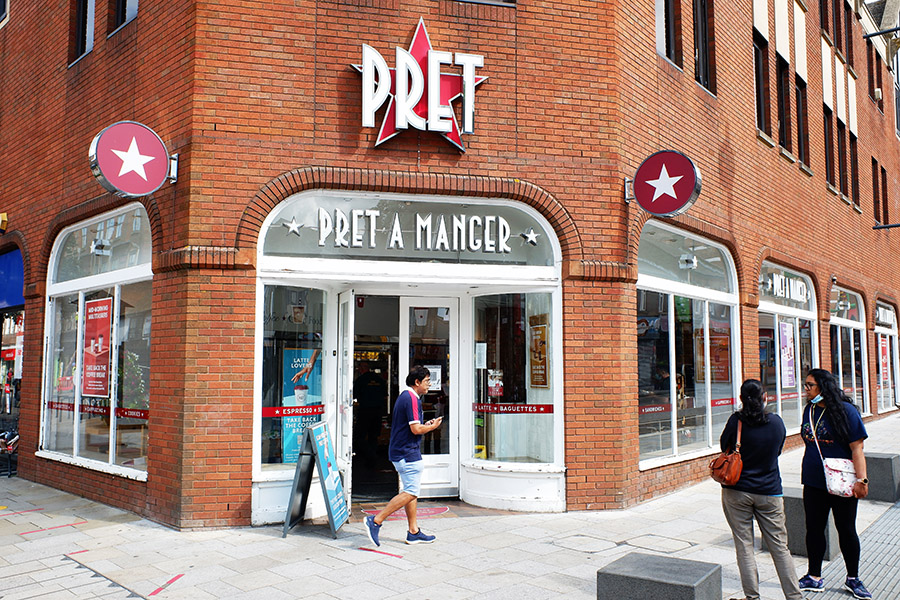 For Pret, India seemed a natural fit given its vast English-speaking population and the huge connectivity between the two countries Image: Shutterstock

In its first foray into F&B retail, Reliance Brands (RBL), a subsidiary of Reliance Retail, has announced its strategic partnership with global sandwich chain Pret A Manger (meaning ‘ready to eat’ in French). The UK-based chain, which launched in London in 1986 and now has over 550 outlets across 10 countries in three continents, is looking to open its first outlet in Mumbai in the January to March quarter next year.

“We think Pret is unique. It cuts across age groups and social stature, and ticks so many boxes—a combination of restaurant formats, hot and cold food, food and beverages. And their success across continents shows their format is transportable. The fact that it sits in a unique zone makes it a home run for us,” says Darshan Mehta, MD, Reliance Brand Ltd.

For Pret, India seemed a natural fit given its vast English-speaking population and the huge connectivity between the two countries, says CEO Pano Christou, who has led the organisation since October 2019. “From that perspective, there is already strong knowledge of the brand.”

The company faced severe Covid backlash in 2020 when its sales more than halved and it was forced to close some of its outlets for several months, but it has previously said it planned to double the size of its business on the back of a £100 million infusion from Luxembourg-based conglomerate JAB Holdings and Sinclair Beecham, one of their co-founders.

“There has been a huge bounceback of business post-Covid. Equally, we have a substantial airport business. While we have about 10 percent of our stores at airports, the sales volume within those locations are 3-4-5x of some of our high-street locations,” says Christou. “I flew through Mumbai airport yesterday, and would definitely love to see a Pret store there in future.”Also Read: Eating out: Service charge mandatory or optional? The debate continues
While Mehta wants to use Mumbai as a testing ground, learn from the experience and set systems in order before spreading Pret’s footprint to other geographies within the country, Christou will also have an eye on a regional presence given its experience in the UK. “Most of the business for the first 30 years or so was built around urban centres. But a year or two before Covid we had started growing much faster outside of those hubs,” adds Christou. “In the last year, in particular, our growth in most of the urban regional areas is probably 4-5x of the urban centres.”

Pret would be stepping into a crowded, competitive market in India, which has a bevy of global chains ranging from QSR giant McDonald’s to coffeehouse Starbucks. But Christou is undaunted. “The QSR guys are quite different with regards to the consumer they have. Where we are positioned, I think there is a huge opportunity. I don't see them as out and out competitors,” he says.

Mehta also takes a contrarian stance and says there’s enough space for a number of competitors as India remains an underserviced market. “Given the demographics, over the last 10 years, eating in has been an exception, eating out the norm. The amount of wallet spend going into eating out has risen dramatically. If you look at the supply side, there aren’t that many options,” he says. “If you ask any mall owner, they will say every international player that has come has seen enough acceptance.” What a company has to get right, he adds, is the value proposition–the format, the service, the food quality, what have you. “If you get that right, this market has potential for many more such players.”

RBL, India’s largest retailer that is owned by the Reliance Group (which also has Network18, the publishers of Forbes India), was launched in 2007 and has a portfolio of premium luxury brand partnerships like Giorgio Armani, Hugo Boss and Jimmy Choo. In 2019, it made its first international foray by acquiring British toy retailer Hamleys.

Tweets by @forbesindia
Netflix says it's business as usual. Is that good enough?
On the trail of how 10-minute delivery works—and doesn't