The music-streaming company transformed the music industry when it gave listeners access to a seemingly limitless catalog of songs through its streaming music service more than a decade ago. Now Spotify's move into audiobooks could reshape what has become a rapidly growing category for publishers

By Alexandra Alter and Elizabeth A. Harris 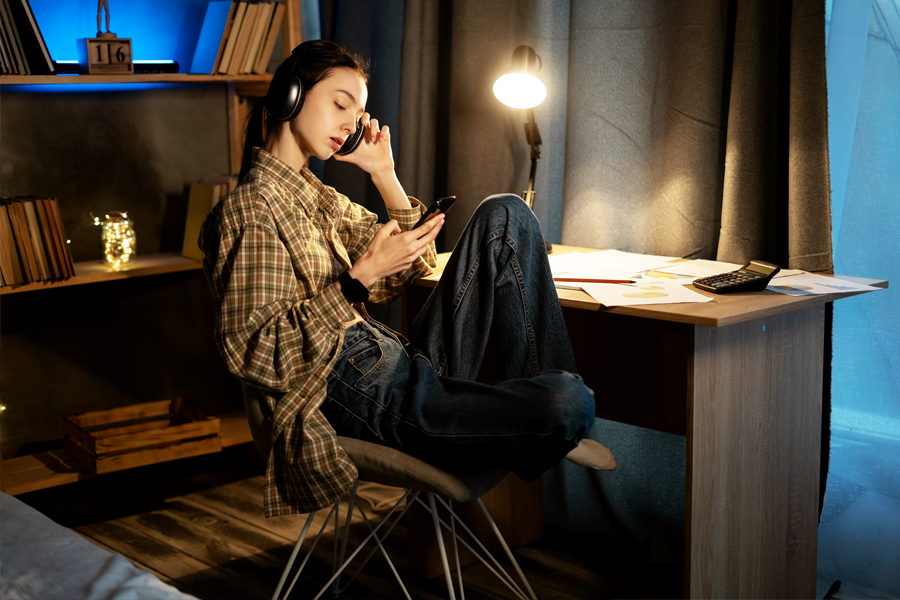 Many in the publishing world are hopeful that Spotify will convert some of its users into audiobook lovers. Image: Shutterstock

Spotify made the lucrative audiobook market more competitive on Tuesday, when it debuted a new hub on its app with more than 300,000 titles, among them books by bestselling authors like Colleen Hoover, Michelle Obama and Stephen King.

The company transformed the music industry when it gave listeners access to a seemingly limitless catalog of songs through its streaming music service more than a decade ago. Now Spotify’s move into audiobooks could reshape what has become a rapidly growing category for publishers.

In a surprising shift away from its all-you-can-listen ethos, Spotify is selling audiobooks a la carte, rather than offering a subscription service. Executives declined to detail the revenue sharing model with publishers, but said that prices will vary per title and will be in line with other retailers.

Digital audio has grown by double digits year-over-year for more than a decade. Audiobook revenues totaled $1.67 billion last year, up 25% from 2020, according to the Audio Publishers Association. Last year, nearly 74,000 audiobooks were released, compared to some 7,200 in 2011.

Spotify’s executives see an even bigger opportunity, they said. Despite the recent growth, they said, audiobooks represent less than a 7% share of the wider book market.

“We believe we have the potential to massively expand the audience for audiobooks,” Nir Zicherman, the head of audiobooks at Spotify, said during a news conference on Monday. “Just as Spotify has changed the way that people create and listen to music and podcasts, we believe we can do the same thing over time with audiobooks, by offering new formats, new ways to interact with content and new ways to discover.”

Zicherman added that Spotify aims to improve curation in the audiobook marketplace, and to study its users’ engagement with different titles so that it can eventually develop an algorithmic audiobook recommendation engine, similar to the way the service recommends music based on listeners’ tastes. For the moment, its audiobook hub is only available to Spotify users in the United States.

Spotify’s audiobook push is a gamble for the company, which added podcasts, comedy performances and other spoken-word entertainment to its offerings and announced its ambition to become the leading service for all things audio.

While the company has grown substantially in terms of content, subscribers, users and revenue, it has still never reported an annual profit. Its stock price has tumbled over the last year, and is now lower than when the company went public in 2018. Some analysts and investors are also skeptical of Spotify’s heavy investment in podcasts.

Many in the publishing world are hopeful that Spotify will convert some of its users into audiobook lovers.

“It’s an opportunity to take their heavy listeners in music and podcasts and get those listeners to try audiobooks,” said Michele Cobb, the executive director of the Audio Publishers Association.

Spotify has 188 million paying subscribers globally. Getting even a fraction of them to buy audiobooks could mean millions of new listeners for books.

“It’s introducing more competition into the marketplace,” said Chris Lynch, the president and publisher of the audio division at Simon & Schuster. “And introducing another major outlet that has a built-in listening audience is a great thing.”

Still, it’s unclear how Spotify users will adapt to paying for books one at a time, when many are accustomed to streaming music and shows on the platform for free or through a monthly subscription. While Spotify determined, through conversations with publishers, that a la carte sales made the most sense, the company plans to experiment with other models in the future, possibly including one that would incorporate advertising, Zicherman said.

Audiobook listeners already had several platforms to choose from, including Apple, Google and libro.fm, which distributes digital audiobooks for independent booksellers. Audible, the audio production and retail platform owned by Amazon, is by far the biggest audiobook retailer, with more than 760,000 titles, including thousands of audio originals. Much of the company’s business comes in the form of a monthly or annual membership plan, which gives listeners a certain number of credits that can be redeemed for audiobooks.

Spotify’s chief executive, Daniel Ek, has hinted that the company is prepared to invest heavily in order to compete with Audible. “Just as we’ve done in podcasting, expect us to play to win,” Ek said during a presentation to investors in June. “And, with one major player dominating the space, we believe we will expand the market, and create value for users and creators alike.”

Spotify had already made some inroads into the audiobook arena. This summer, they completed a deal to buy the audiobook creator and distributor Findaway, which distributes more than 325,000 audiobooks, for $119 million. At a presentation to investors this summer, Spotify executives were bullish on the future for the medium, saying they expect the audiobook market to grow from its current size of $3.3 billion to $15 billion in the next five years.