A global shortage of computer chips had stalled the manufacturing of cars, computers and even dog-washing machines. But there are now signs the shortage of chips—the teeny parts that function like the brain or memory in everything electronic—is ending 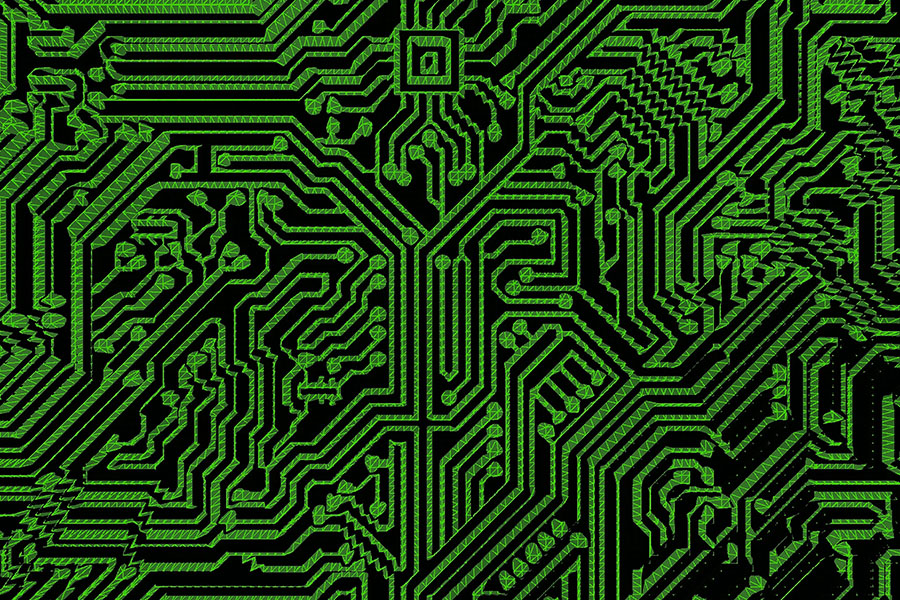 A global shortage of computer chips had stalled the manufacturing of cars, computers and even dog-washing machines — but now, when are signs the shortage is ending, it’s even harder now to understand what the U.S. wants to accomplish with its computer chip plans. Image: Alvaro Dominguez/The New York Times

A global shortage of computer chips had stalled the manufacturing of cars, computers and even dog-washing machines. But there are now signs the shortage of chips—the teeny parts that function like the brain or memory in everything electronic—is ending.
This might be a sliver of good news for our budgets. It is also an awkward moment for the Biden administration and U.S. lawmakers who have pushed for taxpayer funding for computer chips with a bunch of goals, including easing shortages.

Some of those aims are reasonable. But tossing around government money to fix chip shortages had seemed questionable; now it looks like a mistake. Let’s talk about why:
Why are chips important again?
Computer chips are necessary for smartphones, video game consoles and other consumer electronics. We also use them in fighter jets; in the ignitions, braking and entertainment systems of cars; and to track milk production of dairy cows.
Also read: India woos semiconductor makers in quest to become key player
As New York Times colleague Don Clark explained last year, it is not strange for chips to become scarce temporarily. What has been unusual the past couple of years is the wild combination of disruptions related to the pandemic and our overwhelming desire to buy more stuff, which has led to a variety of shortages.

In recent weeks, computer chips have suddenly seemed to become abundant. Several computer chip companies have warned that their sales are going from hot to not. Unused chips are piling up in South Korea, a major manufacturing hub, at the fastest rate in years.
A big reason is that people around the world are not buying electronics like laptops, smartphones and TVs as much as they were a year or two ago. Lots of people are worried about climbing prices and the health of economies and are holding back. So companies are cutting orders for computer chips that would have been built into many products.
This is how the economy and computer chips tend to work. When people feel good and are spending a lot, chip factories ramp up to make way more. Almost always, they overproduce and there are too many chips. Some experts have said that the pandemic mania would be followed by a chip bust. We’re not there yet, but we’ll see.

What’s the Biden administration got to do with it?

I have written before about the consensus in Washington on putting more U.S. government support behind American chip factories and expertise. Congress has been debating—and is still arguing over—the specifics of spending more than $50 billion in taxpayer money to do so. Most of the world’s most advanced chips are made in Asia, notably in Taiwan and South Korea.
One of the stated goals of funding is to help ease chip shortages. And now? Nothing has passed, and the shortages are ending for some types of chips.
Also read: China lockdowns drag on earnings of chipmakers, industrials
There are good reasons for U.S. taxpayers to subsidize the chip industry. Many experts cite the importance of building knowledge of advanced chip manufacturing in America. It is not great that so many essential chips are made in Taiwan, within China’s potential sphere of influence. The U.S. military wants to ensure it has an uninterrupted and vetted supply of them. (There are U.S. chip factories dedicated to this.)
But the mission of America’s chip plan is incoherent. U.S. officials and industries have pitched a laundry list of benefits from U.S. chip funding, including creating more American jobs, being able to compete with China and making it easier for U.S. industries such as auto manufacturers to keep churning out their products.
The last one, honestly, never made much sense. The harsh truth is that cars have to fight for space on chip factory lines against more profitable chips for smartphones or other fancy gear. Even if more computer chips were made in America, there is no reason a chip made in Texas would go only in Ford F-150s and not trucks from European or Asian companies.
The more justifications the government crams into its plans for chips, the less it is clear about what America is trying to accomplish.