Despite the many challenges—lower margins, strict timelines, delays in getting approvals—property developers are optimistic about the future 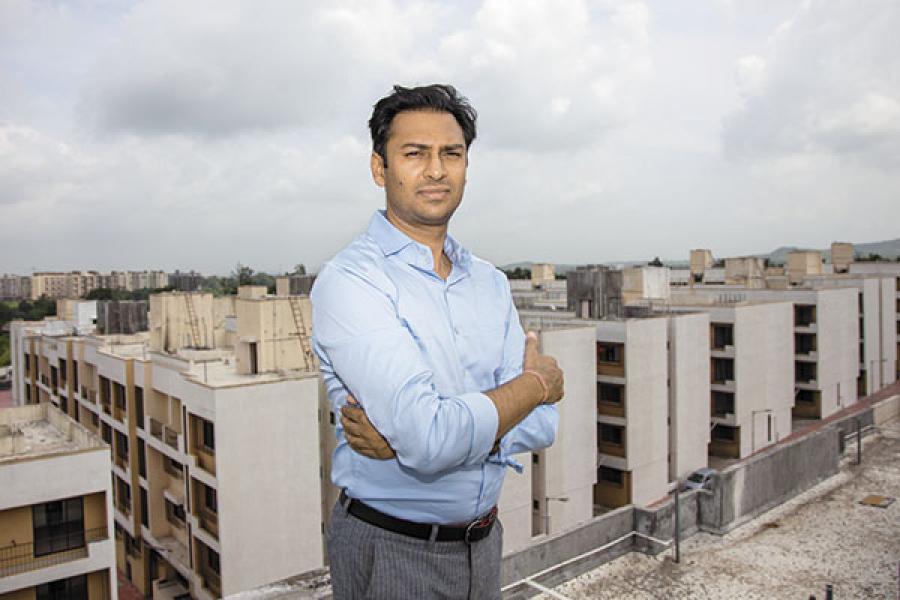 Affordable and mid-income housing is a beast like no other. It has a business model that bears little similarity to traditional real estate where developers often rely on price appreciation. Here, the margins are a lot lower, and builders must construct township-like projects quickly. A delay can wipe out profits, while buyers don’t have the ability to pay EMIs if projects are held up. Despite these challenges, three companies—Ashiana Housing, Poddar Developers and Value Budget Housing Corporation (VBHC)—have decided to focus on this segment.

PS Jayakumar, managing director of VBHC, which operates in Bangalore, Mumbai, Chennai and the National Capital Region, sees affordable housing as a social requirement, one that offers builders the opportunity to develop high-quality projects. Poddar Developers entered the business five years ago, and relies on its strong brand recall for its properties in the Mumbai Metropolitan Region, says MD Rohit Poddar. For Varun Gupta, whole-time director, Ashiana Housing, infrastructure deficit is a key challenge.
Excerpts from a discussion on what it takes to succeed in the business:

Q. What made you decide to enter the affordable housing market?
PS Jayakumar: Jerry Rao (chairman of VBHC) had sold Mphasis (a Bangalore-based IT services company now owned by Hewlett-Packard), and he wanted to start a new venture. He researched various businesses and then looked at the affordable housing segment which caters to the bottom of the pyramid. This was in 2008; there was a lot of optimism. That’s the context for our entry into the sector. Apart from being a scalable business, affordable housing is a social requirement. There is also a lot of scope for mechanisation, and it offers an opportunity to build really high-quality housing. The difference in price points arises from the size, the location and, to some extent, the construction process.

Q. What was the thought behind getting into a business when the land aggregation model was at its peak?
Varun Gupta: Our company has been in business since the 1970s. People got into the land aggregation model because that’s the story the bankers sold: If you buy so much land, this is the valuation you will get and so on. We still avoid land aggregation as that business model did not make sense to us. If land appreciation is the only thing that will create value then why have an organisation that builds houses? Our idea is always to be a customer-centric company.

Q. How did you justify the business case?
Jayakumar: Our business case was fairly straightforward. The margins were going to be small, about 15 to 20 percent of sale price, even lower at times. Our whole business approach is to turn over the asset very quickly. The return on equity [RoE] from that perspective will be a good 20 to 25 percent, similar to any other manufacturing operation. [This is unlike traditional developers who often have 40 to 50 percent margins.] We see it as a purely manufacturing consumer products kind of business, which will be supported through quick turnover and low margins, but justifiable on the strength of being able to rotate the capital many times over, thereby giving a good RoE. 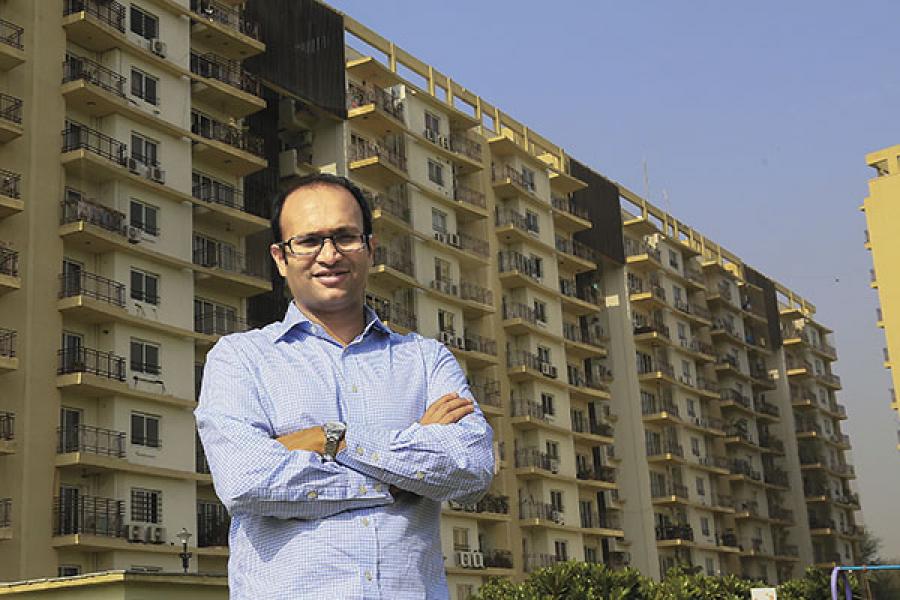 Rohit Poddar: We launched our first project in Mumbai on Gudi Padwa in 2010. We did a lot of research on the subject, and identified six to seven key strengths that are required to make this manufacturing model a success. The first was land aggregation. We were in the commodity manufacturing business over the last many decades because of which we also had a lot of project management and cost management expertise. We also had experience in retail finance because my father was the MD of Bajaj Auto Finance. Add to that a readymade brand, Poddar. With all this in place, we decided to launch our product in Mumbai because of the strong brand connect in the city. That was the driving logic.

Q. What were some of the initial challenges you faced in the first project?
Poddar: There were many challenges, many mistakes and many learnings. The first issue was to ensure that we had consistent quantity in material so that we could deliver a consistent product. But a sand shortage in 2011 hit our margins. Even at the entry level, you need to make sure that you offer high-quality living at a very affordable price. The demand supply gap was such that we sold out a lot faster than we wanted, and the equipment costs caught up with us. We didn’t end up making much money on the first project, Samruddhi Complex. But we fixed that in the second project [Poddar Evergreen in Badlapur], which we launched around nine months later [in 2011].

Jayakumar: Our first project experience was similar to what Rohit just mentioned. The most challenging aspect for us was to get the full feel [of the business] in terms of execution. Our biggest challenge was the approval process and sometime in 2010, that started to slip quite badly. Our first project in Bangalore in 2008 got approval [from the municipal authority] within a reasonable timeframe. Thereafter, it was very difficult to get these approvals. It is a challenge even today; it is better in some locations, poor in others. But fundamentally, it is like a game of snakes and ladders. There are so many approvals to be got that you don’t even know if you have to comply with all of them. What it has done to us as an industry is that it has significantly driven the cost of capital. This notion that affordable housing cannot co-exist with delayed approval processes has still not fully sunk in with the authorities.
The second challenge has been land acquisition; not so much with landowners, but the process of getting it, making the notation, getting your name registered in land records and completing the survey with the government surveyor. All these are fairly time-intensive, and can take even a decade.

Gupta: More than aggregation, the biggest challenge is that for land that is livable, the cost is not viable. And in projects where the cost is viable, the land is far away from any source of infrastructure. Cities are spreading in such a manner that there is development, and then there is no development for 10 to 15 km because land costs there have become so high that it is unviable. You’ll see this across cities. Infrastructure deficit is a key challenge, and getting approvals is also costly. 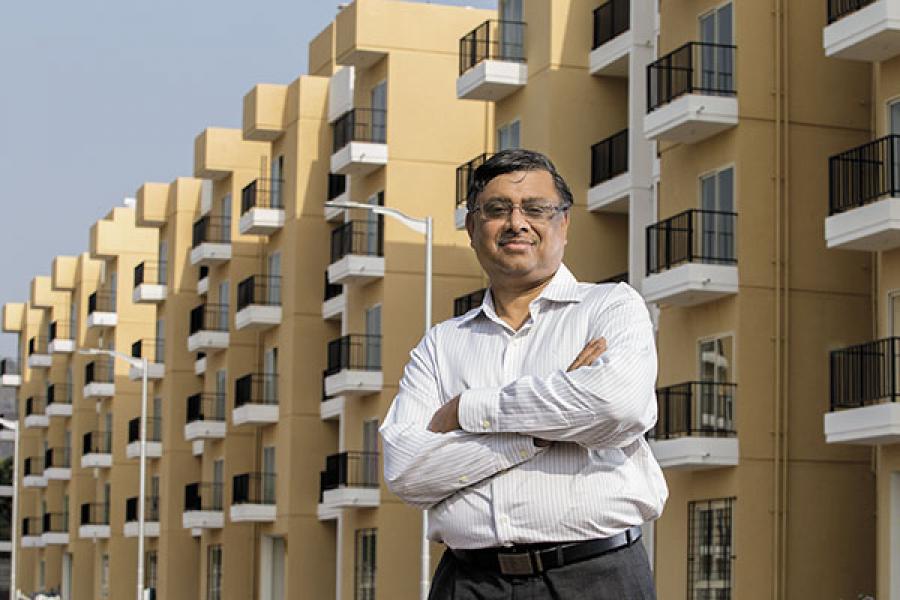 Q. What are some of the initiatives or steps you’d like to see the government taking?
Jayakumar: One significant change that the Modi government has brought about is in the new FDI [foreign direct investment] regulations, which, to my mind, opens up the ability to raise and attract capital. The second change that we are seeing is a more positive orientation from [government officials] who we deal with. There is more optimism, more willingness to listen to us, and, therefore, a greater deal of engagement with the local administration—not uniformly but for
the most part.

Poddar: I think the single biggest contributing factor of the Modi government is the sense of euphoria and optimism. We will have to see if this sentiment is misplaced or not. I don’t actually see much improvement on the ground. We have never encountered much resistance to getting our projects approved in Mumbai’s suburbs or the periphery of the suburbs, and that situation, to be honest, has not changed. I concur with Jaya’s view on FDI for affordable housing. It will certainly help developers across the country. I would like to see environmental norms for affordable housing become more reasonable.

Gupta: What is required of the central government is to make the approval process simpler. But as states are responsible for the final approval, it is easier in some states and not so easy in others. That kind of thing will continue in our federal structure.

Q. How do investors look at this business and what are some of the risk factors?
Gupta: Let’s put it this way: Any business has to be looked at from a cash-flow perspective. Some investors have changed their view from looking at a land bank and an asset ownership business to a cash flow business. That has impacted the way the business is being valued, and this, in turn, is getting captured in valuations across the industry. The risk factor is scalability of the business. It is a challenge because going multi-location, understanding state-level situations, buying land and creating a brand in different locations becomes very challenging.

Poddar: I would agree with Mr Gupta regarding how investors are looking at business. It is necessary to understand the merits of evaluating such [affordable housing] companies on the basis of cash flow. That’s on the investor side. From the execution side, being a Mumbai-centric company, we see a lot of scope given our land bank and our brand positioning. We are not looking at venturing into any other market in India at least for the next four to six quarters. For the next six to seven quarters, the challenges will be launching our planned projects in Mumbai and stabilising them.

Q. Mr Jayakumar, does VBHC have any plans to become a publicly listed company?
Jayakumar: Yes, we are working on it, and I think we should try to do something towards the later part of this financial year or the earlier part of the next financial year. Another thing that is fairly common to the companies that are listed [Ashiana and Poddar], is that they have very transparent organisations. The market, in some way, is rewarding for companies that are less complicated and highly transparent, with lot of visibility of earnings and cash flows. Essentially, is there a Maruti story coming in affordable housing? You’ll see consistent high-quality production year after year and benefiting the consumer. There is an opportunity for all of us.