Any Inclusion Strategy Must be Granular, Comprehensive: Chanda Kochhar

Financial inclusion can lead to far-reaching changes for banking in India. Having pushed that agenda at ICICI Bank, managing director & CEO Chanda Kochhar shares her perspective on its implications and challenges 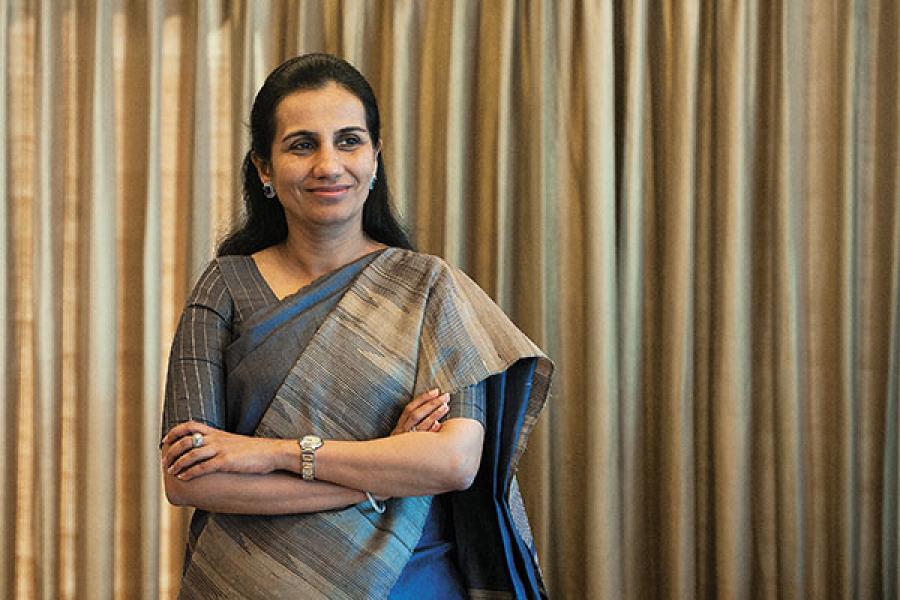 Days after the Reserve Bank of India-mandated Nachiket Mor committee on financial inclusion turned in its report suggesting far-reaching changes, including having bank accounts for all adults in India by 2016, ICICI Bank’s managing director and CEO Chanda Kochhar, winner of the Forbes India Leadership Award 2013 for Best CEO-Private Sector, who spearheaded the bank’s financial inclusion strategy to complement her back-to-basics approach for the bank, talks about the progress and the road ahead. Excerpts:

Q. ICICI Bank has been rolling out a financial inclusion strategy aggressively over the past three years. What’s the scale it has achieved so far?
Currently, I look at it more in terms of reach and customer base, because the value of transactions is still pretty low. So if you look at it that way, we have 16.5 million ‘no-frills’ accounts, all built in a matter of two-and-a-half to three years. More than 50 percent of our branches are in rural and semi-urban areas. A lot of our recent increase in branches—in fact over 60 percent—is in rural areas, and in unbanked villages we have almost 450 branches. We’re present in about 15,000 villages. So all this, in terms of scope and scale, makes it pretty large. From here on, to build values in the transaction… that takes some time, but that’s the next step of the journey.

Q. And this coincides with your strategy of realigning the bank to the new realities and adopting a current account savings account (CASA)-based back-to-basics strategy. Was it a conscious decision to dovetail the financial inclusion strategy with the overall realignment of business?
Yes, absolutely. To get back to very granular, diversified growth. To create that granular presence and reach out to smaller customers and doing this kind of business directly rather than doing it through intermediaries.

I think in terms of the progress that we’ve made in expanding our reach, the products that we’ve created, the technology initiatives around the products—our tie-ups on remittances and government subsidies, electronic benefit transfers and such things… on all that I am actually very satisfied. But what needs to be done is to now make more and more of these accounts actually transactional, and actively transactional. Once in a way the subsidy also comes in, so that’s the first set of transactions. But after that, [what is important is] getting the customers used to the habit of saving, getting them to use formal channels for the remittance of money and then, through the way the money comes into the account, building  some kind of credit analytics and making small loans and micro insurance available to them.

So the focus is that we should be able to do this for a larger and larger proportion of accounts that we’ve opened. 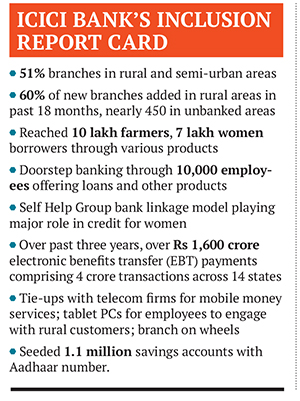 Q. We are meeting against the backdrop of the Reserve Bank-appointed Nachiket Mor committee report on financial inclusion which has suggested a number of significant changes. What are your initial thoughts on it?
First of all, on financial inclusion I’d say that while it is believed that the banking sector has not penetrated enough and not done much, we must recognise that a lot of change and progress has happened in the last couple of years and more will happen in the next few years because certain enabling factors which were not there earlier have come into play.

For example, technology now makes it so much easier to spread your reach; it makes it easier to help people undertake transactions without a physical presence. The change in regulations allowing banks to use business correspondents, the change in regulations deregulating branch opening, for instance. So I think the sea change in technology and the changes in regulations, e-KYC, the development of Aadhar and the ability to link UID and then use that as a major source of KYC… these are some things that will have transformational impact in terms of enabling banks to really pursue financial inclusion.

Q. Do you think your bank’s progress can act as a catalyst for others, that things can actually be achieved on the ground?
I think, first of all, there will be much more progress going forward because of the enabling factors that have come into place. Even in the past, where we can probably say the progress was slow, it was not for a lack of intent. But if you don’t have the ecosystem, if branches open at a much slower pace and if you don’t have that much technology and have to invest in large brick-and-mortar branches, if you cannot use business correspondents and need to have a presence everywhere—those factors have changed substantially [now]. So that itself will give a fillip and I think you will see much faster progress on this for the industry as a whole.

The second broad belief that I have is, for these models to become viable, a much more comprehensive approach needs to be taken. It should be comprehensive from a product and a channel point of view. It’s not enough to merely go there and open accounts. Do people make remittances out of the same accounts; do they receive subsidies and deposit their daily earnings in the same accounts? Can you even collect back the money through these accounts? Can you sell them a micro insurance? Only when you do a composite of all these things can you see meaningful revenues arising in this. Otherwise the models don’t work.

Similarly, the channels also have to be comprehensive in the sense that it has to be the right mix of everything—the brick-and-mortar, the technology, the use of third parties—it’s not that one can be done without the other.

Q. What’s the trick to getting such account holders to transact?
Some things you have to enable. If you go and get your mandate for subsidy distribution and electronic benefit transfer, for instance. We worked in a focussed manner on getting those mandates, getting our technology connection between our switch and the government switch and so on. So those I call the enablers. The other thing is to make the products relevant and simple. When you do this you have to allow them to remit money in small quantities, that you’re able to give micro loans, or for something as simple as buying cattle.

Q. Do you see some initial resistance from such account holders?
It’s not easy to assume that you just switch on a button and transactions will happen. It’s not because of resistance but it’s a time-consuming, hard-working model where you have to create the products, you have to set up the processes to deliver the products and make the customers aware that they exist. You have to make them see the benefits of these products and then get them accustomed to them. 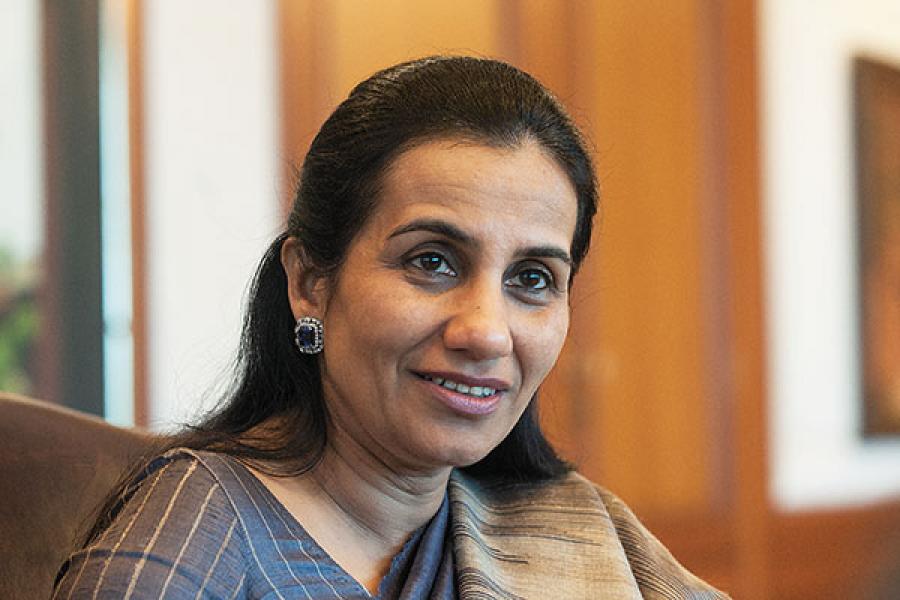 Image: Vikas Khot
Q. All this also requires substantial field force, is it not?
Yes, two or three years ago, we created a dedicated department, the rural business group. The specific branches in the rural areas were run by this team; the products would be created, this team would think of the channels and the technology initiatives. Now, of course, it’s expanded much more in terms of having people on the ground, partly in the small branches in unbanked areas, partly in the mobile ATMs and vans where they move, and partly in the form of business correspondents and many others who provide doorstep services.

Q. Your Tab Banking initiative also has the potential of making a difference to your inclusion gameplan?
Yes, this means the bank really moves on a tablet. When our person goes with the tablet, you have the ability to fill in all the details of an account opening electronically. You can take a photograph on the tablet, scan all the identity documents required and now you go one step further in that if you have an Aadhaar number, you can do an online validation of the number as well. So in a way your KYC also gets done and the data moves real-time online to the back-end system.

Q. Though e-KYC and Aadhaar have been big enablers, there would still be several challenges in reaching the last mile is it not?
e-KYC is a big enabler, I would say. But in total terms there would still be challenges. You want to do lending, but the land records are not in proper order—they are not available and so on. So the whole thing of records and ownership is there. There are no real credit bureaus that have the credit-related information there. That part of the ecosystem does not exist. And then, of course, there’s the question of saying it’s easier to keep spreading yourself thin but how do you make these accounts transactional? Finally, all this requires investments. So the rate at which you start earning returns, do you get compensated for your subsidy payments or not? These are issues.

Q. Now that you’ve merged the inclusion gameplan with your overall business strategy, do you think it will become a profitable element for the bank?
First of all, I think it is going to be a very important block of business going forward, because numbers are large and the potential is large. How fast it becomes profitable really depends on how successful you are in making your strategy granular and comprehensive. The faster you get people to transact, the faster you get them to do three or four products rather than one.

Q. What is your strategy on urban inclusion?
Inclusion in the urban areas is equally important and required. The special need we feel exists for this segment is remittances across corridors. We’ve seen migrants come from specific areas, they live congregated in some areas and when they have to remit it goes to those pockets of India. What we focus on is what we call the “remittance corridors”. So we establish the point to point connectivity in those places.

Q. Do you see the need for a standardised template for inclusion across the banking industry?
Directionally, it is more or less uniform, in the sense that what we’re talking about is not single channel but multi-channel and multi-product. But beyond that, as of now every model is really going to be very different. As we speak, each bank is trying a multiplicity of models because we’re still in that initial stage. Part of it is testing, part of it is just scaling up. It’s good to allow various models to emerge and then from there some successful models will grow.