For Airbnb, India is the next China: Nathan Blecharczyk

Co-founder and chief strategy officer Nathan Blecharczyk says the homestay major wants to build a thriving business on the back of its distinctiveness, and not on discounts and offers 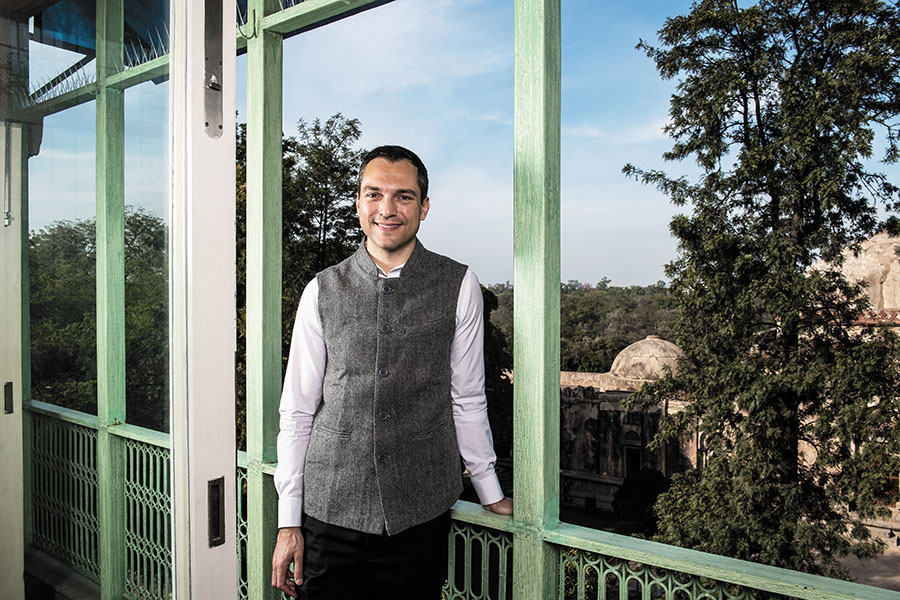 Airbnb, the $31-billion (by valuation) home-sharing behemoth, seems to have taken a cue from global giants like Uber and Amazon, who’ve remained No. 2 to homegrown market leaders despite coming to India with boatloads of money and unwavering confidence. About two-and-a-half years into starting operations in India, the IPO-bound company has struck a deal with Oyo with a $75 million investment. Oyo, which started out as a budget hotel aggregator and currently positions itself as a hospitality brand dabbling in all kinds of hotels and homestays— the latter being Airbnb’s bread and butter—will make a part of its inventory of a reported 1.73 lakh rooms across 259 cities available on Airbnb’s platform.

While the quantum of investment is trivial, given Oyo’s scale and global ambitions, the implications aren’t. In Airbnb, Oyo gets another distribution channel for its properties and a credible partner to support its expansion into the West. In Oyo, Airbnb has found a means to solve the supply conundrum. The company gets an ever-expanding supply base, including hotels, a segment which it has been trying to crack globally of late. In March, Airbnb bought HotelsTonight for an estimated $400-450 million.

India, says Blecharczyk, is an important market for Airbnb as the Western markets have saturated. Also, those are the markets where Airbnb, in its quest to become a full service travel company, fights the likes of Expedia and Priceline. In an interview given to Forbes India before the Oyo investment came to light, Blecharczyk spoke about what sets the firm apart from the rest of the pack and why Airbnb doesn’t want to build a business that thrives on offers and discounts. Edited excerpts:

Q. Why is India important to Airbnb?
Our mission is to create a world where everyone can belong anywhere. We think over 7 billion people on this planet and India has over a billion of them, so this is a very important place to be. India will be the largest country on the planet very soon and obviously one of the top economies, growing very quickly. Emerging markets in general are growing twice as fast as the global average. The US market has matured and the Western ones are already penetrated; that’s why the company is focusing on the emerging markets where a lot of our future growth will come from.

Q. Consumer internet startups seem to have overestimated the India opportunity. What is the addressable market for Airbnb?
When we think about our core demographic, millennials are the most passionate users and early adopters. India has 410 million millennials and a growing middle class. When it comes to discretionary spend, the first thing they want to do is travel. If you have a large population that is disproportionately young and a growing middle class, that is the recipe for long-term success.

It is still very early days here. In two and a half years, we have seen about 1.8 million Indians use Airbnb to travel, both abroad and domestic. Domestic is becoming increasingly important. That is the fastest part of the Indian market in terms of growth. It grew about 78 percent year over year.

Everywhere in the world, people initially approach Airbnb sceptically. Trust gets established through word of mouth. I can do a lot of advertising but nothing is more convincing than your friends telling you their own personal experience. The challenge with that, though, is people are not travelling every week. So it can be a while between you hearing the story and travelling. In that case, it is not going to take off like a media company, but, it is more like a long-term growth strategy. I think India will really take off in the coming years.Q Were you a little late in entering India?
I don’t think we were late from the perspective that we are the number one in what we do in our category. Certainly, there are other travel companies but travel is a huge space. The emphasis is really on the experience of local culture and the people. We are by far the leader in that space in India and across the world.

Q. How prepared are you to fight a price war?
We don’t get into matching the price. What gets people excited about Airbnb is the variety and the uniqueness. So when they see a photo for a home like this (a house in Delhi’s Hauz Khas Village), they get inspired. You can’t get that on another website or, if someone else books this place, you can’t have this anymore. So, there is a scarcity and it is hard to know what the right price is for this place. That makes the whole race to the bottom in terms of price optimisation less of an issue for us. To be clear, we have stuff at every price point, but, the value proposition is not strictly about price but the space, the personality of the host etc. We are not trying to convince you that you will get 10 or 20 percent off.

It is a marathon and not a sprint. When you subsidise with discounts, you can grow very fast, but, we also know that this is probably not sustainable. Our approach is sustainable growth. Let us earn our growth by doing that really well and let us have healthy economics.

Q. Offering experiences to travellers seems to be the buzzword. How does Airbnb differentiate?
Our experiences are different from the rest in the way that they are offered by ordinary people who were probably not doing this prior to Airbnb. They package that up into a really bespoke experience, small scale, usually two to 10 people in a group. Most of what other companies have done in the experience space is large-scale commoditised type of activities, like bus tours etc. It’s not unique.

Q. How has the India story panned out so far for Airbnb?
The initial traction is strictly with outbound travel. Then a lot of those guests become hosts in their own cities. Once that happens, foreigners come to those cities because they see good listings. This sparks domestic travel within the country and you get secondary and tertiary cities lighting up. When we came to India, we didn’t try to boil the ocean. We have to go through a progression of steps.

Our initial traction in India was because we have a global network. Those who have tried to compete have lacked that and had a tough time getting established as a result. We have 45,000 active listings in India at the moment. Domestics as a segment, ie Indians travelling within India, have grown the fastest and there are 1.25 million inbound tourists that have come in.

In terms of offering Airbnb’s services in India, it is a bit about sequencing. We really want to have a strong accommodation offering before we go too heavy on some of the newer things. We have about 100 Experiences (activities led by locals), which is a modest number, in Delhi and Goa. We announced recently that we are going to think about flights. That is still very early days though. Eventu ally, that will be expanded, but, really, it is about first things first.

Our expectation for the long term is that India is the next China. The fundamentals are so similar in terms of the size of the market, the size of the population etc. If you look at Airbnb in China, it is about 10 times the size of India. That wasn’t the case three or four years ago. India for Airbnb is roughly three years behind China, may be four. But, the trajectory is going to be the same.

Q. What kind of spends have you earmarked for India?
If you look at the company overall, we have been profitable over the last two years. In the past, we have raised a lot of money. The war chest is huge. We don’t spend it all at once. We are not into subsidising growth or offering discounts because that is not our unique value proposition. So the money is available to spend but we are very deliberate about how we spend it. It is about thoughtfully building awareness and understanding. That costs a fraction of what massive discounting costs and that is why we are a profitable company.

Q. Do you apprehend regulatory backlash in India as well?
In India, the scale isn’t as big as in some of the other countries, so this issue hasn’t yet come to the forefront. Our general approach to working with government is to be as proactive as possible and to recognise that we are building a business, so we need to have a good relationship. We are finding ways so that the cities directly benefit from the new economy as well as putting in place the guards that everybody wants.

Q. When are you listing on the bourses?
I am not going to break any news this afternoon. We will be technically ready this year, meaning, this is a possibility, but, not something that we are committed to this year. But in the next couple of years, it is very likely.