While OnePlus intends to grow its recently inaugurated Hyderabad facility into its biggest R&D centre globally, Lau talks about ensuring a 'burdenless' product for users and the brand's focus on quality 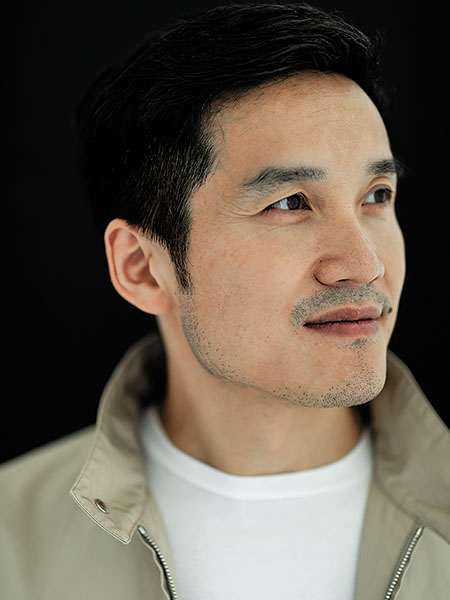 
OnePlus founder Pete Lau talks in Chinese, but has a fluent understanding of what, how and why Indians buy. “When it comes to upgrading, Indians give their older phones to their family members. This is one of the reasons I see so many family members using OnePlus,” he tells Forbes India. Lau was in India in August to open the Shenzhen-headquartered premium smartphone maker’s first research and development (R&D) centre in India, in Hyderabad. While OnePlus intends to grow the Hyderabad facility into its biggest R&D centre globally—it has five other such centres in places such as Taiwan, Shanghai and Shenzhen—with an investment of ₹1,000 crore, it has already made deep inroads into India by capturing its highest ever shipment share of 43 percent in the second quarter this year, according to a report by Counterpoint. A large part of its success can be attributed to its understanding of the Indian market. “The Indian market will get bigger. OnePlus has pushed the growth of the premium segment in the Indian smartphone industry,” says Lau. No wonder, in terms of size, China and India are similar. “In terms of revenue, they are pretty close,” he adds. From watching the Aamir Khan-starrer Dangal (dubbed in Chinese), to his take on why smartphone makers are getting into the TV segment, and how North America is turning out to be a crucial market for the Chinese player, Lau talks on a wide range of topics. Edited excerpts:

On choosing Hyderabad as its R&D centre
When I was here for the first time last year, I noticed that it is an energetic city. There are so many young people, so much passion… this reminded me about what happened to Shenzhen 10 years ago. That’s why we opted for Hyderabad. Also you can see a lot of new buildings and companies coming in. I believe Hyderabad is attractive to young professionals considering the opportunities it offers. While our marketing team is based out of Bengaluru, Hyderabad is mostly for research and development. Some of our strategic partners like Qualcomm also have their offices here.

On why he and co-founder Carl Pei decided to launch OnePlus in 2013
Six years ago when we established OnePlus, we saw that there were many brands in the smartphone industry. But not many offered a good product. Based on my homework, and over a decade of experience, I believe that what truly touches the user the most is a good product. So, we decided to make a good product for the user.

On what sets OnePlus apart
Take, the iPhone, for instance. Apple has a good product, but a relatively closed ecosystem. Ours, on the other hand, is an Android smartphone and we have been working to provide the best Android experience. In terms of the philosophy of a product, we choose the term ‘burdenless’. We want to provide our users the kind of experience that can elevate the quality of their life; we want our products to bring to them a comfortable feeling and to let them feel like there’s no burden when they use our smartphones. This calls for a lot of attention to details such as product and design.

Six years ago, we were the first one to talk about the hand feel of the phone. Back then, a lot of phones used materials like plastic, which don’t make the products look appealing.

On OnePlus’s for-invite-only strategy
We were a new brand then. We didn’t know how many users were going to reach out to us. Six years ago, $300 [about ₹20,000, the price of the phone] was a lot of money for our users. It was hard for us to know how many users we’re going to sell to. The invitation system was a good way to have a better understanding, and also try to reduce as many risks as possible. For instance, in the Indian market in December 2014, we had a stock of around 20,000 units. We worked with Amazon and received over 200,000 requests. That’s just an example to show the impact we created.

On quirky marketing strategies like Smash the Past, and the recent Never Settle campaign with Robert Downey Jr
It depends on what stage we’re at. In the beginning, we didn’t have enough budgets, so our strategy was based on establishing a good reputation. Later, it got shaped based on the need of our users. For example, when we heard that a lot of users wanted to experience the phone first and then make the purchase decision, we opened experience stores in India. Now we’re considering having more offline presence… such as working with Croma.

The partnership with Robert Downey Jr was interesting. Apart from being a well-established Hollywood celebrity, he has high standards in terms of work and rarely does commercials. But when we approached him with OnePlus 7 Pro and spoke about our ‘Never Settle’ mantra, he was impressed with the product and our philosophy. He even wrote the script of the commercial himself. In fact, he just locked himself in his room and wrote the script overnight.

On comparing the Chinese, American and Indian markets
It’s a tough question. The Indian market is the biggest [for OnePlus] so far compared to other regions, and we are the top seller in the premium segment. We will continue to focus on this market. As far as the North America region is considered, it has a lot of potential for sure. We will continue to invest a lot of resources into this market as well. We will have different strategies based on the needs of different regions. In terms of size, China and India are quite similar. In terms of revenue, they are pretty close.

On the slowing Chinese market
In terms of size, China is still the biggest market globally. According to data for this year, there has been a decrease in sales. A lot of users don’t seem to have enough willingness to change their phones. But after we launched the OnePlus 7 Pro, we have generated a lot of attention within the Chinese market. Given the growth in 5G technology, I’m positive that there will be some growth in this [Chinese] market next year.

On being premium-yet-affordable in India
When we entered the Indian market, we didn’t think too much about the price. We just focussed on the product. We use the global standard no matter where we are. Back then, we saw a lot of brands competing on price. They were focusing on quantity, and pricing their product low. We didn’t focus too much on how many units we’re going to sell. We just focussed on quality.

On entering the super premium segment
The reason behind this is the increasing cost [of making a premium product]. So, if we want to make a premium flagship Android smartphone, it will be priced more. We put product first.

This year, besides the OnePlus 7 Pro, we have OnePlus 7, which is for users who are focussed more on performance. But in terms of being super premium, the super flagship is still the OnePlus 7 Pro. We’re not going to make lower tier products [for masses]. We focus on premium. We try not to get distracted by what’s going on with competitors.

On the profile of a OnePlus user
They are young, tech savvy, independent and competent. Eighty percent of our users are under 35. There’s a saying in Chinese that young people determine the future. To our surprise, a lot of users are under 18.

On how Indian users are different from global counterparts
For Indian users, the life cycle of OnePlus phones is longer. I still see a lot of them using OnePlus 3, and even OnePlus One. Every coin has two sides. A long life cycle tells you how good the product is. But that doesn’t mean people won’t upgrade their phones.

In the future, I believe it [life cycle] will get shortened. But I still believe that Indian users will have a relatively longer life cycle compared to those from other regions. What I have noticed about Indian users is that when it comes to upgrading, they give their older phones to their family members.
This, in fact, is an advantage for us when it comes to our [smart] TV. If all the family members are using OnePlus phones, it means they will have a good interconnection.

On entering the TV segment
It’s part of a long-term plan. The TV industry has been a traditional one for quite some time. There hasn’t been a significant change for over a decade. Considering how fast the internet has grown, the requirement of users in terms of experience is getting higher. And in terms of what kind of companies are going to do this, I believe it has to be smartphone companies. Because they have users and a better understanding of what they want. We want to provide this kind of seamless, interconnected experience to our users. I believe in the future, the trend will be of smartphone companies stepping into the TV segment. In terms of other segments, we’re going to stay close to the wearable industry, but right now we’re just going to focus on the TV product.

On the philosophy of the BBK group, the parent company for Oppo, Vivo, Realme and OnePlus
Only two things are common. One is that we share some investors, and second we have some senior executives who used to work at BBK. All brands operate independently.

On whether he has plans for an IPO
No. In terms of IPO, I don’t see any meaning in it for us right now. We have users, we have quality, we have the product. That’s what we need right now. We’re healthy, so we don’t need investors.

On whether the geopolitical dynamics between India and China is a potential risk
We don’t talk about politics. We’re fortunate to have a lot of users in India. We don’t consider too much what’s going on outside the product. Also we were a global company since day one. The reason why we have such well-established success in India in this premium segment is that the users are fond of our global perspective and culture.

On his learnings from India
The biggest learning is that this market helped us strengthen our faith. It helped us understand that we really need to stick around and believe in our product. When we came here, there were so many brands playing a quantity and price game. It’s tempting to users. But we focussed on the product and premium experience. And, of course, we have a healthy operation.