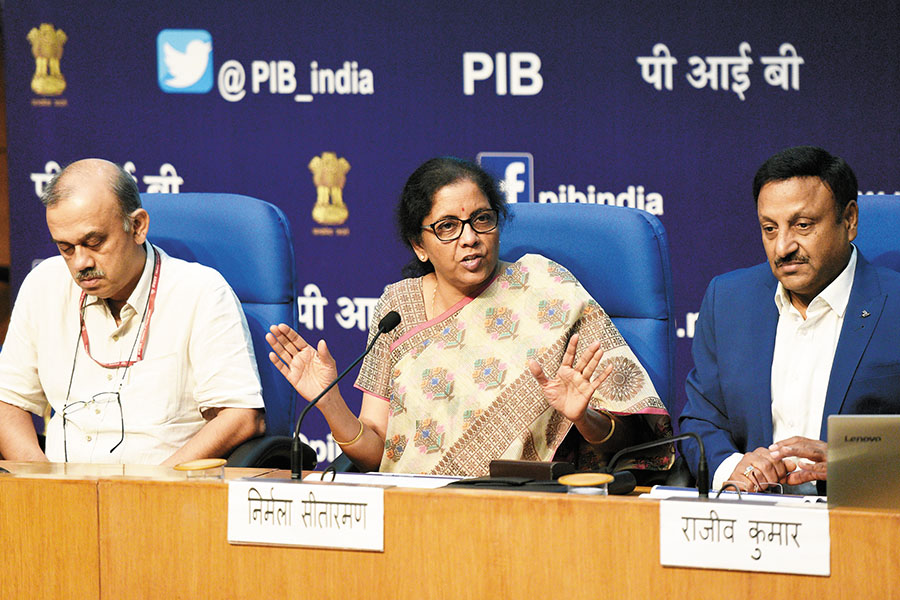 Finance minister Nirmala  Sitharaman’s mega bank-merger plan, if successful, will see 10 government-owned banks being merged into four. Only 13 such banks will now exist instead of 27.

But experts say Sitharaman has only announced what P Chidambaram sought to do through his push for a bank consolidation in 2011-12, when he was finance minister.

“The government only appears to be showing that it is doing something. This reform is no different from what Chidambaram had proposed. It's just that it's being done on a massive scale. This government announces these measures with grand plans which tend to wreck the economy—whether it be demonetisation, GST or these reforms,” says Hemindra Hazari, an independent banking analyst.

In the second term, the Narendra Modi-led government has severe economic headaches to deal with: The economy has slowed to a six-year-low of 5 percent for Q1FY20, employment is still not being created and consumption has dropped off. The merger is Sitharaman’s way of pushing for big reforms. 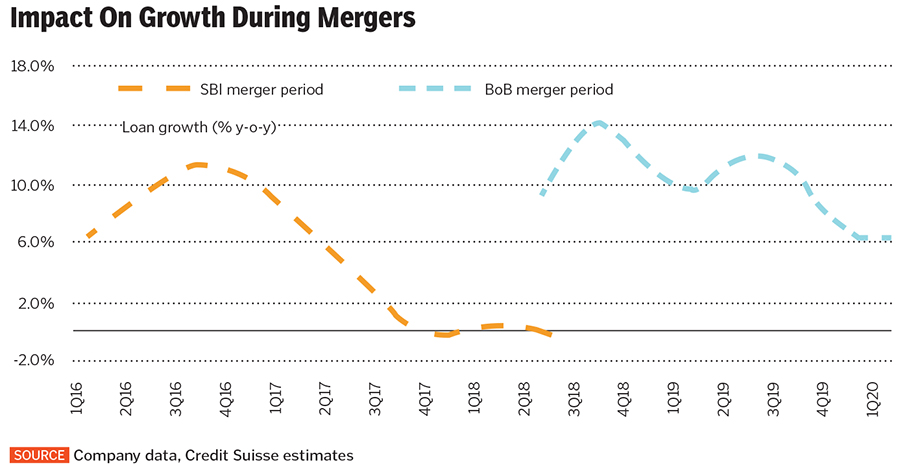 But the mergers will be tricky and are unlikely to aid growth. “The consolidation would limit downside to stressed public-sector bank (PSB) balance sheets and not lead to any meaningful upside for credit growth in the near term,” says Avneesh Sukhija, senior analyst (financial services and real estate) at BNP Paribas in India. “Small PSBs with diminishing brand value will now be subsumed in the merged entity and hence won’t require a bailout from the RBI or the government.”

ICRA’s vice president and financial sector head Anil Gupta says, “In the near term, the integration issues such as realignment of organisation structure, redeployment of staff members across various branches and verticals among the merging banks may occupy the management bandwidth. This may impact decision-making and credit flow.” 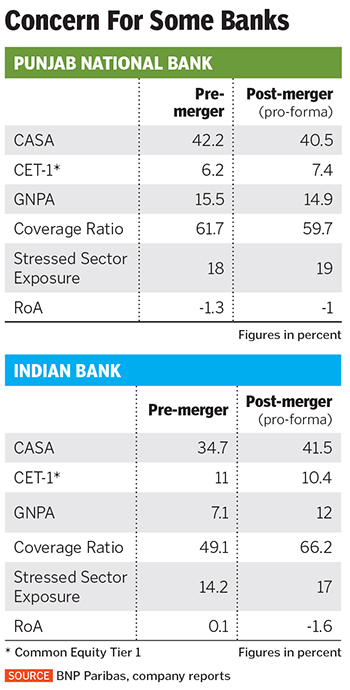 BNP’s Sukhija believes that the merger is neutral for two anchor banks—PNB and Union Bank, stronger for Canara Bank and weaker for Indian Bank. ICRA’s Gupta also sees an integration challenge for Indian Bank with Allahabad Bank due to differences in its geographies and work culture. A similar challenge will be faced by Union Bank too.

Technology was at the forefront of the merger plan and banks with common platform are to be merged. Fair point. Despite this, each bank has different internal banking processes that need to be realigned. This was a sticky issue with the State Bank of India (SBI)-associate banks’ merger.

What got the government so confident that mega-bank mergers can work? In recent years, India has seen three bank mergers with varying success; ING Vysya with Kotak Mahindra in 2015; SBI’s five associates and Bharatiya Mahila Bank with parent SBI in 2016-17 and Vijaya Bank and Dena Bank with Bank of Baroda.

The Kotak-ING merger worked well. SBI’s merger had hiccups which finally saw post-merger staff strength at 278,872, after around 3,600 people took VRS. So, in these new mergers, while Sitharaman has promised that there will be no retrenchments, administrative branches will be rationalised and VRSs offered. The biggest challenge for the mergers could stem from this as well as creating a leadership structure.

Says Hazari: “On an excel sheet or from an accounting purpose, mega-mergers seem to be neat and tidy, but in practice they are messy.”