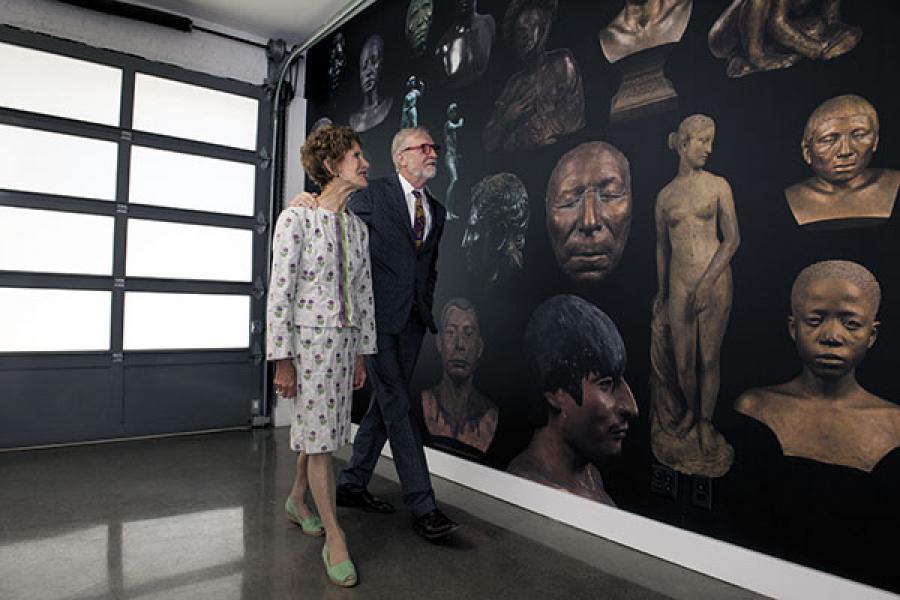 Four naked children are playing behind the front desk at the 21c Museum Hotel in Louisville when I arrive. The fact that they’re statues by contemporary artist Judy Fox doesn’t make the scene any less disturbing, and that’s exactly the point behind having these shameless sprites at check-in. After all, a night at this hotel is truly a night at a museum.

Founded in 2006, 21c Museum Hotels combine provocative contemporary art (the name refers to the 21st century) and luxurious lodging in areas of the country that are typically flown over. As conceived by art collectors and philanthropists Steve Wilson and Laura Lee Brown—he a former political operative, she a Brown-Forman heiress—the hotels are often in historic buildings, gracefully reimagined by New York architect Deborah Berke, and feature museums filled with a permanent collection of art as well as temporary shows. As with the nude nymphs at check-in, the pieces are purposefully unconventional and unconventionally displayed. Anyone can visit the galleries (free of charge) at any time, though guests, naturally, have the truest 24/7 access to the exhibitions.

“We were only planning on doing the one in Louisville,” Wilson says of the 91-room flagship, where rooms start at $229 a night. “It wasn’t long after it opened that we had this tremendous response, and friends and advisors”—a group who had originally pleaded with them not to try this concept at all—“began to say, ‘You really ought to do more of these. If you don’t, someone else will.’” 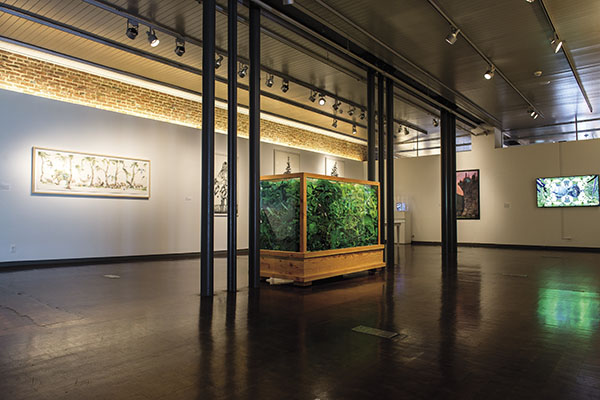 Living large:  Galleries are free to the public


A second 21c opened five years later in Cincinnati, 156 rooms inside the once grand (and now grander) Metropole Hotel. A conversation with the couple’s friend Alice Walton led to a third 21c in Bentonville, Arkansas, near Walton’s Crystal Bridges Museum of American Art. That location broke with convention and went into a custom-built building. In March a hotel opened in Durham, North Carolina, 125 rooms in a 17-storey Art Deco tower (designed by the same architects who built the Empire State Building, which the hotel resembles).

Within the next year two more 21c hotels will open—in Lexington, Kentucky and Oklahoma City—and, by 2018, another three, in Kansas City, Nashville and Indianapolis. Wilson and Brown’s desire for the hotels to take their place as a city’s cultural centre has kept their horizons limited (and away from megalopolises such as New York and Los Angeles).

Unlike most boutique chains, 21c hotels do not all look the same, but they share the same posh details and playful spirit—from gourmet chocolates on pillows and rubber duckies in the showers to the trademark flock of penguin statues in each location (moved constantly by guests and staff). And fine dining is a hallmark, with menus pushing diners to expand their palates beyond local fare. (“No one was serving octopus in Louisville before us,” Wilson says proudly. “No one [in Cincinnati] was doing a burnt carrot salad. No one had ever heard of a ramp.”) 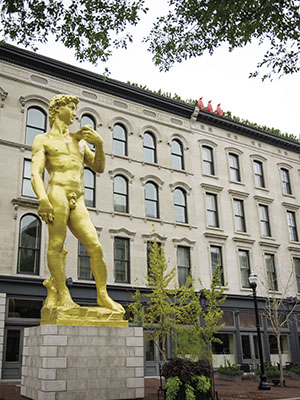 Look up from your meal in a 21c restaurant, as I did from a dish of bison meatballs (from a herd on Wilson’s property), and you’ll find that the museum part of the stay has already started. The exhibitions stretch across the entire hotel. “The art is integrated into everything we do,” says Alice Gray Stites, the firm’s chief curator. “You know, even the stairwell to the spa in Cincinnati is an artist’s installation.” (It resembles a moving field of grass.) Themed exhibitions often showcase work by well-known artists, such as Cindy Sherman, Kara Walker and Chuck Close, and also feature dramatic pieces by lesser-known painters and sculptors. “I have found that in each of our cities there are wonderful young artists,” Stites continues, “and we work with them to either show their work or work on our installation, which provides an opportunity to see great art that you might not be exposed to in other cities.”

Across the gallery, he spots a mother and child posing for a picture. “Is that a selfie stick?” Wilson asks. A quick glance confirms—yes, a selfie stick. “Good. I like that. They’re getting close to the art.”