For the insurance veteran turned rookie founder, age was just a number when he decided to start Digit Insurance in 2015. Five years later, his company is a unicorn, with a valuation of $3.5 billion 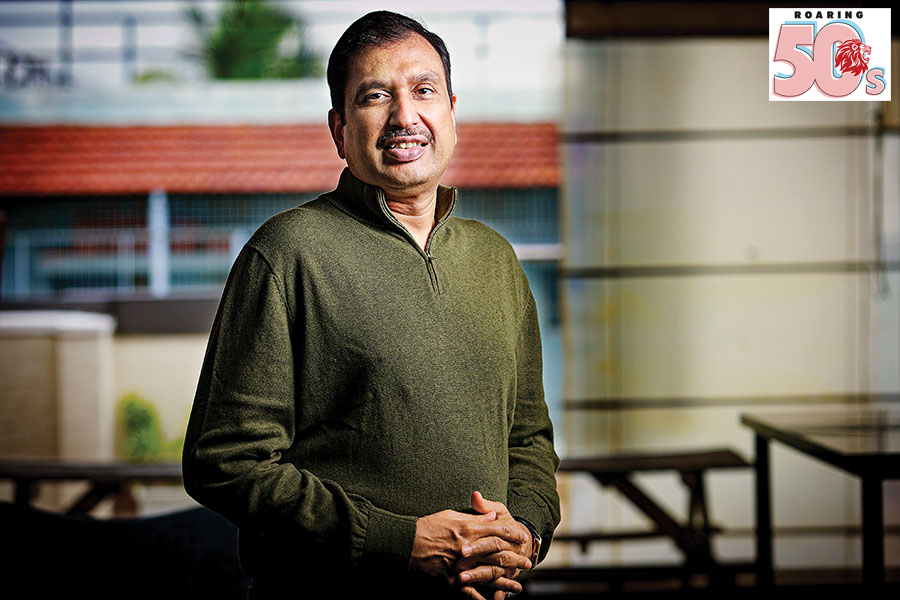 I know how little I know. But I also know how much I don't know: Kamesh Goyal, founder, Digit
Image: Selvaprakash Lakshmanan for Forbes India

In 2015, Kamesh Goyal was fighting the biggest battle of his life. For the 50-year-old seasoned insurance professional, though, it was not a fair fight. Reason: The enemy was formidable, the tactics were crippling, and to make matters worse, the rival was invisible. “I was fighting self-doubt,” recalls Goyal. “It was the only thing playing on my mind.”

Six years ago, his self-doubt was immensely overwhelming. Goyal was mulling to take a plunge into entrepreneurship after working for over two-and-a-half decades in the insurance business. “Am I still good enough to do a startup?” he bluntly asked himself. The self-evaluation process started with all the positives that he had diligently accumulated since 1988 when he accidentally started his career in the insurance world by joining The New India Assurance. The biggest plus, he reasoned, was the rich cumulative experience of the insurance industry. He had all the reasons to believe that his innings as a founder would be nothing less than a natural extension of his old profession.

The second silver lining for the St Stephen’s College alumnus was also easy to spot. The MBA grad from Faculty of Management Studies (FMS) had successfully executed a clutch of challenging roles during his 16-year stint with German insurer Allianz. “I am not starting from scratch,” he tried to convince himself. “I have done it and I have to just repeat it,” he dished out another self-explanatory note, trying to kill every iota of nagging doubt. The third encouraging thing that egged Goyal to turn founder was this thought of leading a life without regret. The bigger regret, he recounts, would have been not trying.

While the 50-year-old was having a tough time in backing himself, a 12-year-old child kept popping up in Goyal’s memory and offered him the much-needed courage. In one of the books that Goyal read when he was 12—and he still vividly remembers every word of it—there was an inspirational quote attributed to Napolean Hill, a celebrated American self-help author. “Whatever your mind can conceive and believe, it can achieve,” it read. The child had a message for the man.

Meanwhile, back in 2015, Goyal was fighting a losing mind game. The fear of failure was stifling all possibilities; and the urge to do something new was making him restless. 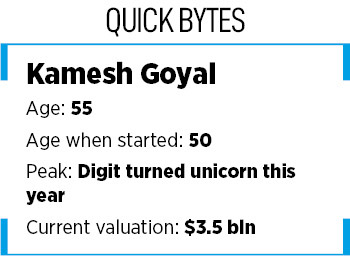 Finally, he found a silver bullet. “I realised who I was,” he recalls. Goyal, he explains, had never taken himself too seriously. What this essentially means is being open to making mistakes, being candid about the possibilities of going wrong, and being upfront in learning new things. “I know how little I know. But I also know how much I didn’t know,” he says, adding that he was hungry to know more.

While staying hungry kept the fire in his belly intact, staying ‘foolish’ too played a big part in egging Goyal to do the unthinkable. “I know it sounds very foolish, but I have always felt that I am God’s special child,” he smiles. “I have been extremely lucky and fortunate.” Feeling emboldened, Goyal took the leap of faith, rolled out insuretech venture Digit, and sold his first policy in October 2017.

God’s blessing came in the form of a clutch of deep-pocketed backers such as Canadian billionaire Prem Watsa, Faering Capital, TVS Capital and A91 Partners. In FY17, Goyal raised ₹9 crore at a valuation of $1 million. Over the next few years, the funding amount leapfrogged and so did the valuation (see box). Earlier this year, Digit entered the unicorn club when it raised ₹135 crore at a valuation of $1.9 billion. A few months later, it raised ₹112 crore, and its valuation soared to $3.5 billion.

Over the last five years, the funding and valuation have matched the pace of growth of the general insurance challenger offering health, motor and travel insurance. In October, it crossed an interesting milestone when it clocked $400 million in annual premium and served over two crore customers since 2017. Buoyed by the pandemic tailwind, the company sold 79,536 health policies and insured 42.5 lakh lives between March 2020 and September 2021. The company grew by 44 percent with a premium of ₹3,243 crore (as of March 2021), while the overall industry growth was about 5 percent last year. In the first half of FY22, the company recorded gross written premium at ₹2,196 crore versus ₹1,312 crore in the first two quarters of FY21, a growth of 67 percent.

Yet, Goyal remains modest. “I’m not a genius. I am fairly realistic in terms of who I am,” he says. Luck, he lets on, has played a big role in his success. He explains how the stars aligned. He got into the insurance industry by accident in 1988.

A college senior was applying for an insurance job, and he prodded Goyal to follow suit. A quick application was followed by an equally fast interview call. “I didn’t know anything about insurance,” he recalls. A crash course was also of little help. “I couldn’t even remember the names or the number of companies that were operational,” he recounts. For the young lad brought up in the industrial township of Khetri in Rajasthan, insurance was as alien as water in the desert. “But I loved the subject,” he recounts.

Four years later, in 1992, the Malhotra committee was set up to propose recommendations for reforming the insurance sector. In 2000, the sector opened up to private players. “I happened to be in the right sector at the right time,” says Goyal. “I tried, worked hard and learnt a lot, but at least 70-75 percent of what I have achieved is luck,” he reiterates. Anybody showing Goyal his plucky side gets to answer a tricky question. There were thousands of people, he points out, with almost similar capabilities. But they didn’t get an opportunity. “That’s a reality. Anything else and I would be lying to myself,” he says.

There is another reality, though, which Goyal underplays. For him, age was always a digit, just a number. “When I became a CEO, I was 36, and nobody told me that I was young,” he laughs. “Nobody ever asked me my age.”

Even if one agrees that 75 percent of what Goyal has achieved is luck, he still wouldn’t have been lucky had he not got the 25 percent right. The first thing that he got right was staying indifferent to whatever his detractors and naysayers uttered loudly. Back in 2001, during his early days at Allianz India, a lot of people in the industry questioned his aggressive moves with which he was scaling the motor business. “Many even said I would end up destroying the company,” he recounts. Over one-and-a-half decades later, the critics were back to haunt again when Goyal started Digit. “They didn’t have any malice,” says Goyal. The criticism, he adds, was their assessment and made in good faith. Goyal, however, didn’t let any jibes break his will.

For somebody who strongly believes in luck, Goyal did have his share of failures. The first, and unique one, was naming the company ‘Oben’, a German word meaning ‘above the rest’. A young team rejected the name. Goyal, though, didn’t feel offended. Call it wisdom, which comes with age and teaches you to humbly accept a divergent point of view, or call it Goyal’s strong personality trait of being aware of knowing too little, and not knowing too much, it helped the founder in preparing for more serious setbacks. Jewellery insurance didn’t work; cycle insurance bombed; hiring bloopers were committed. “A lot of things didn’t work out,” he confesses. 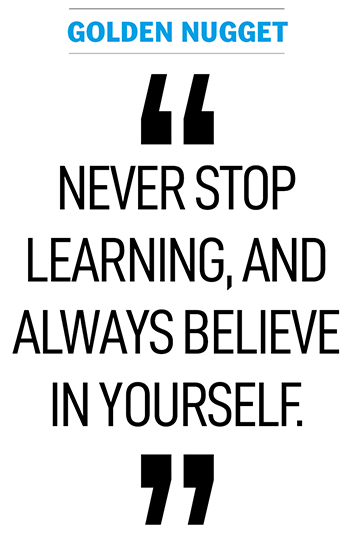 Goyal, though, stayed adamant. To make 10 things work, he executed 20. “I kept trying. I knew I only needed a few big things to go right,” he says. The insight was more an outcome of a seasoned professional who knew what age does to a rookie founder. For someone in their 20s, a high adrenaline rush gives a sense of invincibility, for Goyal—in his 50s—it brought calmness and perspective. “Age was an advantage,” he says, explaining how the definition, and implications, of ‘age’ keep changing. “My dad became a grandfather when he was 50,” he smiles. Most of the middle class, he underlines, start working early; have a small family and retire from their jobs. Looking for security in a job or a house makes them risk-averse.

Goyal dared to change the script. “I can’t think of anyone who has ever asked me my age,” he laughs. When this reporter points out that he might have the dubious distinction of being the first one to ask Goyal’s age, the founder puts on his thinking cap. “You are the second one,” he smiles. Eight years ago, Goyal’s mother was hospitalised in Germany, and when the son went to hospital, the attending doctor asked his age. It was for a different reason, though. Goyal was accompanied by his 17-year-old daughter. “The doctor asked my age in disbelief,” he laughs.

Age, Goyal reckons, is a much exaggerated concept. Look at Warren Buffet who is still active in his early 90s, or look at Amitabh Bachchan who is still acting and is in 70s. “Whatever the age… if your mind can conceive and believe, it can achieve it,” he signs off.

Tweets by @forbesindia
A peek into our first 'Roaring 50s' special
Capco's Leonard Langsdorf, CTO of digital innovation labs, on the rise of 'no code' and the 'citizen developer'