A bunch of gritty founders took the plunge into entrepreneurship—some for the second and third time—in their late 30s and 40s, and found themselves peaking during their roaring 50s 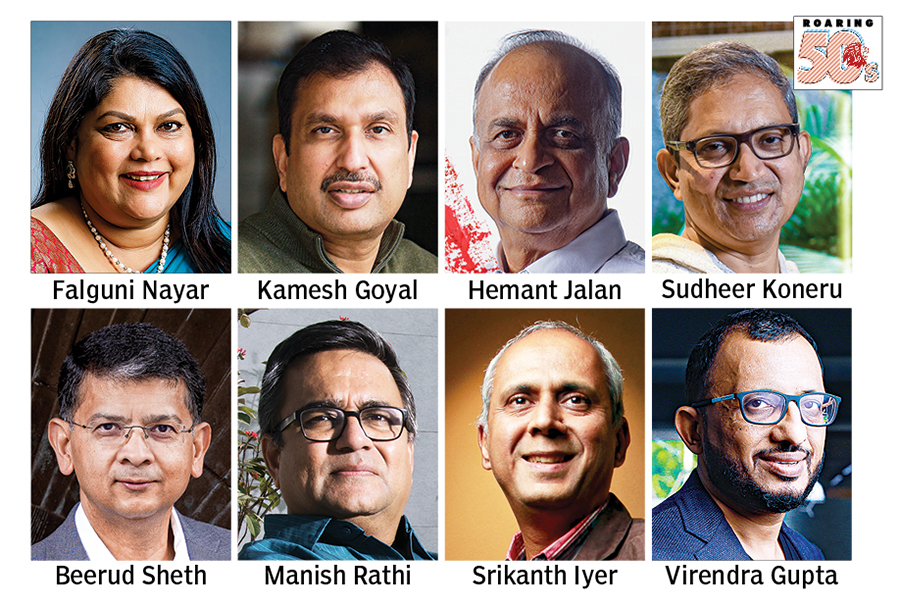 Roaring 50s, is about a bunch of such gritty founders—some took the plunge for the first time, while others faltered and rose again—who dared to start late and found roaring success in their 50s

Life, and entrepreneurship, are all about prefixes. Merriam Webster defines prefix as a letter, number or symbol which is added at the beginning of a word or a number. Now depending on how we use the prefix, we get to know how potent or symbolic the final word is.

Take, for instance, the letter one. In itself, one doesn’t carry much weight. It’s just a number. But add a dollar sign, and one suddenly becomes muscular: $1. Now let’s take a word: Grade. The potency of the final word again depends on the kind of prefix used. Add down, and it becomes a downgrade. But add up and it becomes an upgrade.

All those who turned founders in the second half of their 30s, or early 40s or 50s have one thing in common. To an outsider, watching from the fence, they all started late. Now, ask all these guys who finally mustered the courage to start. They all dumped the baggage of age and gave it a new spin: Mileage.

The latest special issue of Forbes India, Roaring 50s, is about a bunch of such gritty founders—some took the plunge for the first time, while others faltered and rose again—who dared to start late and found roaring success in their 50s. What differentiates them from the others, especially from their contemporaries who contemplated but didn’t take the plunge, is that they decoded the message of age. While others saw the mess of advanced age, these guys converted age into a message: It was now or never.

For founders who started late, age is an advantage. Benjamin F Jones, professor of entrepreneurship at Kellogg School of Management, reckons that seasoned founders are more successful. “We see in the US that success rates rise substantially with age,” he says, adding that people starting companies in their 20s are successful at the lowest rate. While the ones starting in the 50s are not that common, but they have the highest rates of outsized success, he underlines.

The benefits of starting late are many. Jones lists out. The biggest is experience. “They broaden their networks, often have greater financial resources, and are experienced,” he says. Such founders more than double their chances of success when they start their businesses in a sector where they have worked before. “And the longer the sectoral experience the better,” he adds.

Cut to India. The playbook remains the same. For instance, take Kamesh Goyal, who had a rich experience of over two-and-a-half decades in the insurance world before starting Digit in 2015. Though Goyal was 50 when he started, he knew what he was doing. This year, his insuretech startup entered into the unicorn club, and the venture is now valued at $3.5 billion.

Another example is Hemant Jalan, who started Indigo Paints when he was 43, but by then he had loads of experience in the chemicals and paints business. Early this year, Indigo Paints got listed.

There are, however, exceptions to the rule. Falguni Nayar, for sure, is a classic one where the investment banker didn’t have any business background when she started Nykaa in 2012. The IIM-Ahmedabad grad was 49 then. Nine years later, in November 2021, the beauty products business of the rookie founder, now 58, has a blockbuster listing.

The founders in their roaring 50s have peaked at the right time. Some have got their ventures listed, some have hefty valuations and the rest are on their way to join the unicorn club. Though all have a diverse background, there is one common thread that unifies them. They started late, but kept on reminding themselves that it’s never too late. They didn’t have age on their side, so they focussed on mileage. And all of them have just started! Go on and read the inspiring stories of such founders in this special issue.