The co-founder of Noida-based startup Agatsa, Rastogi is making cardiac care accessible and affordable via a pocket device 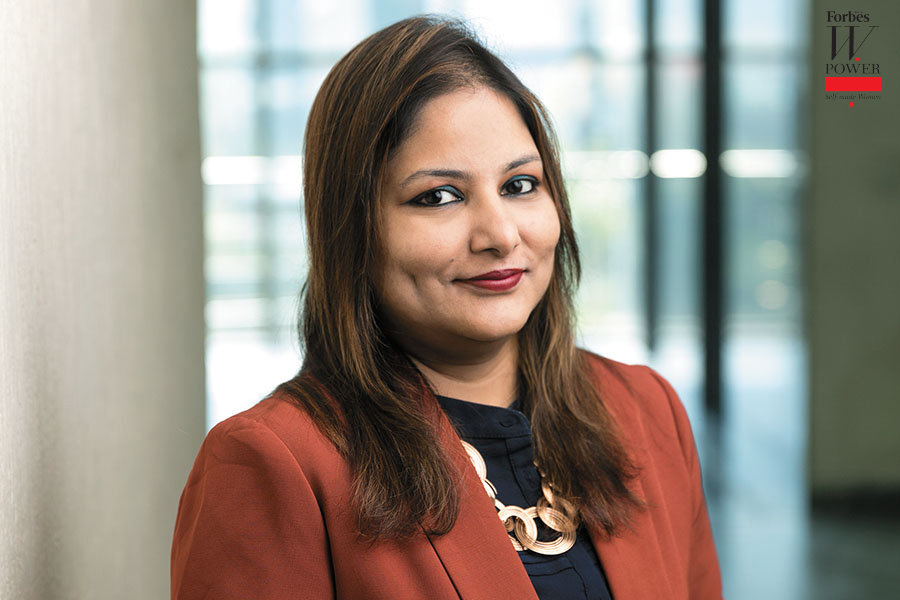 “We’ve miniaturised the big ECG (electrocardiogram) machines you see at hospitals into this,” says Neha Rastogi, holding up a device, the size of a car keychain, which can screen people for heart conditions. Back in 2013 when the 38-year-old’s father-in-law met with a sudden heart attack, her husband Rahul and she scoured the market for a portable ECG machine.

The couple lived in Noida and his father in Lucknow, which meant repeated visits to the hospital for an ECG became increasingly difficult; they “really needed” something to keep a check on him, says Neha. “But we couldn’t find anything that we could use at home and still get a complete diagnosis, just like you would in a hospital,” she says. Agatsa, their startup, was born out of that worry.

Engineers by qualification, Neha and Rahul chucked their corporate jobs in software development and consumer electronics, respectively, to build what they claim is the world’s only leadless, keychain-sized ECG device that can provide a complete cardiac diagnosis anywhere, anytime. “Leadless means it is completely wireless; it uses sensor technology,” explains Neha.

SanketLife 2.0, as the device is nicknamed, can provide a 12-lead medical grade diagnosis, just like a hospital ECG machine does. Most handheld ECG devices in the market are “single lead” devices, explains Neha, which means they merely monitor the rhythm of the heart but cannot diagnose the problem. “They can’t differentiate between normal chest pain and heart attack pain,” she says. On the other hand, 12-lead ECG devices trace 12 different electrical positions of the heart, thereby providing a complete diagnosis. “Such devices were available abroad, but not in India,” says Neha.

The “aha” moment came when the duo set up a lab in their home and started developing the prototype. “I set it up in a match box and configured it in a manner that the ECG could be displayed on a smart phone. It was like, ‘Eureka!’ smiles Neha. After two years of R&D they were ready with their first prototype. But when they showed it to doctors, they “rubbished it”, says Neha. “They told us, ‘If you want to make an ECG device, make it a complete 12-lead ECG’.”

The Rastogis returned to their lab and a year later, in 2016, were ready with a revamped version. Typically, ECGs are done by sticking electrodes on a patient’s chest and limbs for about a minute. SanketLife 2.0 does away with electrodes, wires and trained technicians. Instead, patients press their thumbs on the rectangular device’s two sensors, following which they hold the device at various other points on their body, just like a conventional ECG machine. It records heart sounds and electrical signals and sends the data to a mobile phone app that displays the recordings in real time. A report is instantly generated, which can be shared with either the patient’s doctor or one of the many doctors who are part of Agatsa’s network for ₹175. SanketLife 2.0 costs ₹2,500 and can be bought on Amazon.

“It is truly an example of frugal innovation coming from India,” says Anil Kumar Gupta, professor at the Indian Institute of Management, Ahmedabad and author of Grassroots Innovation: Minds on the Margin are not Marginal Minds. “To me it symbolises the Indian urge to produce global products at extremely low cost without losing any of the efficiencies. The mindset that connects Indians with jugaad is nonsense. This proves that a high tech product that matches global standards can be made out of India,” he says. The Rastogis have already received one patent and are awaiting three others, including one global patent.

Clinical trials completed at Narayana Hrudayalaya comparing SanketLife 2.0 to a conventional ECG machine found that the former had an accuracy rate of 98 percent, claims Neha. “It was a dream for us to meet Dr Devi Shetty (chairman and founder of Narayana Health),” she says. “He’s always for technology that puts treatment in the hands of the patients.”

AIIMS carried out an independent clinical trial in 2018, comparing SanketLife 2.0 with the US FDA-approved Kardia device made by California-based AliveCor that costs about ₹15,000. The published report noted that the former had “reasonable accuracy” but “larger studies” were needed for further validation.

For the time being, Agatsa, which received ₹7 crore in funding from the Indian Angel Network (IAN) and the government’s Technology Development Board in September 2019, has sold 8,000 devices since commercialising operations in 2017. Neha claims the number of users is about 1.5 lakh, since buyers are often nursing homes and diagnostic labs that can’t afford conventional ECG machines that cost ₹60,000 to ₹80,000.

“ We strongly believe that even somebody who earns ₹20 a day deserves the right to quality health care.”

The device comes with 70 pre-loaded ECG tests. Once they are exhausted, it can be recharged at different package rates, giving Agatsa recurring revenues. The bigger the package, the cost per ECG comes down from about ₹50 to about ₹10-20 per test, says Neha.

The market opportunity is large, not least because cardiovascular diseases (CVD) are now the leading cause of death in India. “We looked at the power of Agatsa’s device,” says IAN’s Padmaja Ruparel [also a jury member for the W-Power issue of Forbes India]. “It’s handy, portable and low-cost. It’s something India needs especially in markets that are more cost conscious and sensitive. The impact this device can create is what was interesting for us,” she says. However, since both Neha and Rahul are technologists, she sounds caution that building the business side of Agatsa might prove to be challenging.

So can Agatsa use its technology to leapfrog traditional (and often expensive) methods of CVD care? Neha is determined: “We strongly believe that even somebody who earns ₹20 a day deserves the right to quality health care. That’s what drives us.”