A kilo of rice, a pound of flesh

With one such dish ordered every 3.5 seconds in the country, biryani has become India's new F&B battleground. Can Vishal Jindal and Kaushik Roy, who have their goals set at a Rs 500-crore brand by 2023, dominate the market with Biryani By Kilo? 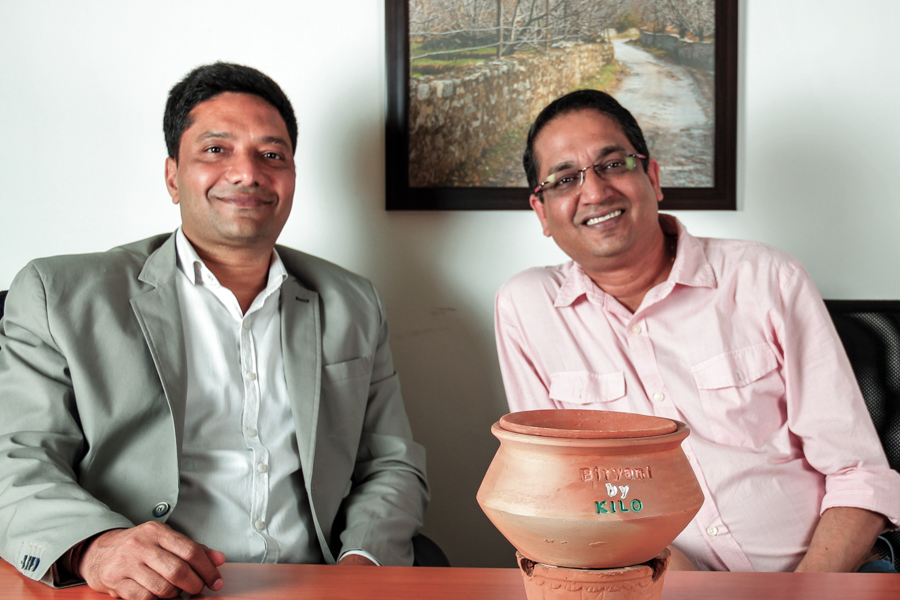 Vishal Jindal’s educational pedigree always carried a lot of weight. An IITian engineer with an MBA from Syracuse University in New York, Jindal went on to study finance from the London School of Economics and founded private equity firm Carpediem Capital Partners early in his career. But in 2015, he changed gears, and his impressive CV turned dead weight.

Scepticism greeted the entrepreneur. “Itni padhai ke baad biryani bechoge?” (With such a solid education, will you now sell biryani?) “People expected me to start a tech venture,” Jindal grins. “Biryani was not glamourous.”

Undeterred, Jindal did the heavy lifting and rolled out ‘Biryani By Kilo’ along with his friend and co-founder, Kaushik Roy. The first year for the biryani and kebab brand saw a modest beginning; Rs 85 lakh revenue for March-ended year 2016. However, sales picked up the following year, at a staggering Rs 4 crore. In March 2019, Biryani By Kilo (BBK) posted revenues of Rs 30 crore, and claims to be clocking sales at a run rate that should take it to Rs 75 crore in the next fiscal.

BBK has a clutch of dine-in outlets scattered across North India, and is working on the cloud kitchen and delivery model for top metro cities. Jindal is now set to punch well above the biryani’s kilos—the target is to create a Rs 500 crore brand by 2023. While the brand would earlier open one outlet per month, the numbers should now leapfrog to three each month, and five from April next year. UK and UAE launches are on the cards next year. “There is a huge opportunity,” Jindal says, “to build a global biryani brand. BBK is poised to make most of the tailwinds.”

Biryani, a dish that’s been popular across the country for as long as we know, has got new impetus with ecommerce. According to insights from food delivery aggregator Swiggy’s 2018 ‘StatEATistics Report’, biryani continues to be the country’s most-ordered dish. As compared to 2017, there has been a whopping 681 percent increase in biryani orders over the past year. “And the trend continues,” it pointed out, adding that 43 biryanis are being ordered every minute across the country. A biryani was ordered on Swiggy once every 3.5 seconds, with Hyderabadi biryani topping the charts. “Undoubtedly, biryani has remained the undisputed comfort food of the nation for the last couple of years,” the report noted.

While the market is ripe, the journey hasn’t been easy for BBK. In the beginning, one of the hardest parts was to convince people that biryani is not a QSR (quick service restaurant) product, like a pizza or burger, which can be ready in 20 minutes. People needed to wait 60 to 90 minutes to receive their order for the freshly cooked meal. Roy says that each biryani order is made in individual handis once the order is received, and that it was challenging to seam together the kitchen back-end and technology. 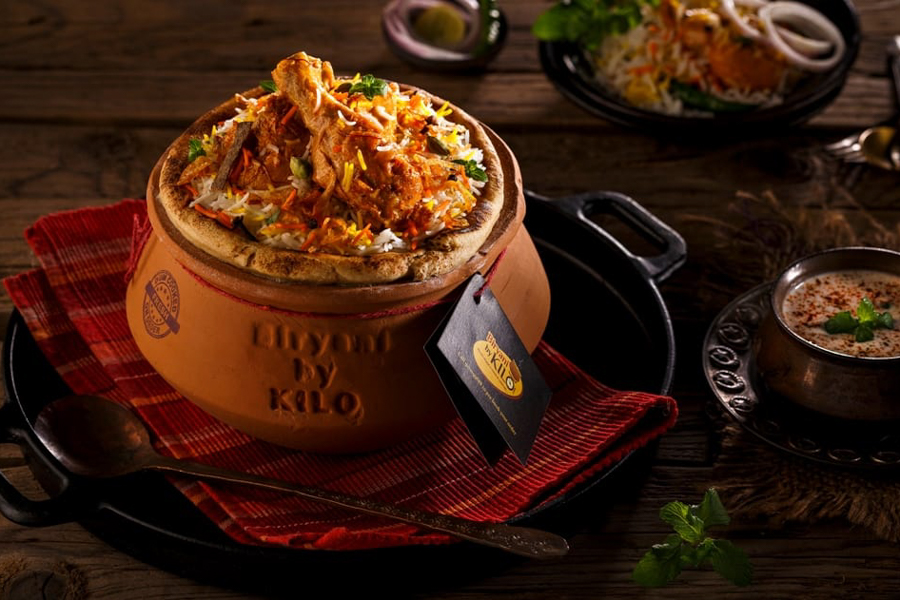 Each biryani order is made in individual handis once it is received, a process that has become the brand's USP

This USP helped BBK stand out in the cluttered market, when competition would cook 200 kilos of biryani together, and reheat and serve portions through the day. In June this year, BBK raised Rs 30 crore in its Series A funding round, led by IvyCap Ventures.

Maintaining a standardised process and consistent flavor emerged as the next big challenge, and the brand put together a hub-and-spoke model of cooking, with customized measuring tools and technology to make sure that every ingredient was used in the same way, at different outlets.

However, while BBK has achieved scale and plans to expand further feverishly, competition is rife. In a market where biryani players are fighting to grab eyeballs and a slice of consumer wallets, BBK may have been too passive, says Ashita Aggarwal, professor of marketing at SP Jain Institute of Management & Research. “They need to beef up their advertising spend.”

Take, for instance, cloud kitchen Rebel Foods’ homegrown Behrouz Biryani, which is now reportedly a Rs 150 crore-brand. Behrouz, Aggarwal says, has led from the front in building the online biryani category. “Aggressive advertising has played a key role in whetting consumer appetite,” she adds. “Your brand can be successful if it is the preferred choice in the category, not the second option.”

Other biryani players that have pushed the pedal include Charcoal Biryani, Biryani Blues and The Biryani Project. Another way to attempt to gain more of the market could be to add more offline presence, at least one curated experience in each major city, says Abhik Choudhury, founder of brand consultancy Salt and Paper.

Jindal, for his part, knows the battle has just begun. Biryani could soon become a cut-throat category, much like burger and pizza. “We are here to be a leader, and maintain that leadership,” he concludes, optimistic, and geared to take on the weighty deal.