India's ban on Chinese apps can encourage local innovation, and could help it contend with hubs such as the US, China and Israel, says InMobi's founder and CEO, Naveen Tewari 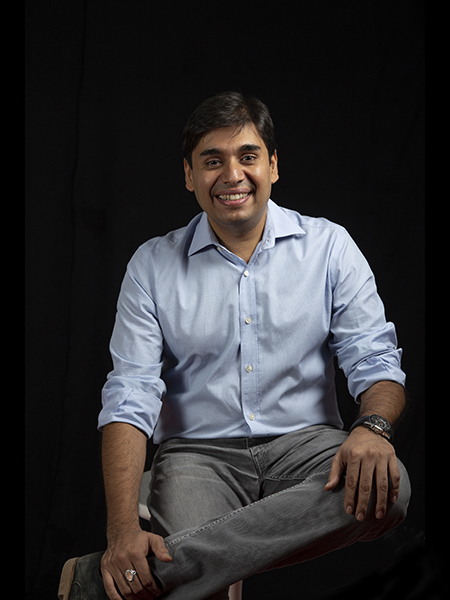 While many startups that have Chinese investors are facing pressure, this is also an opportunity for local investors to take bigger bets on Indian ventures and help scale them—not only in India but globally, said Tewari in a recent interview with Forbes India. Edited excerpts: Q. What is the significance of India banning the 59 Chinese apps? It shows that the Indian government is prepared to take bold steps to counter what it perceives to be a threats to national security. The subsequent steps taken by the government, for example, in announcing the ‘Atmanirbhar’ (self-reliant) App Innovation Challenge, suggests that it has a strategy in place to make India digitally secure and independent. Q. What in your view are India’s legitimate concerns here? The primary issue seems to be one of citizen data being surreptitiously taken and transmitted to servers in another country, which could pose a threat to India’s security. In a world that is largely online, cyber threats are a credible reality. The user base of some of these apps were in excess of 400 million, which is virtually India’s smartphone population. The Government of India in applying the ban would have done its due diligence, in terms of data practices that the apps were employing. The US too seems to be concerned about data privacy practices of some apps in recent times. Given the spread of social media apps and the influence that they could potentially wield over issues such as elections, the concerns of governments around the world may not be misplaced. Q. Who stands to benefit most from this ban? Who will be affected badly? This ban provides Indian app developers and entrepreneurs a chance to build a digital business by creating world-class solutions. This ban also provides existing players across social, messaging, utilities and gaming categories to spread their wings farther. At the same time, there is an opportunity for investors to step in and fuel the ecosystem, creating value for themselves and businesses in the process. The apps that have been banned obviously have had a major setback so far as their plans in India are concerned. However, the impact on these apps may not be limited to within India alone. There are indications that the US government is considering a ban on at least one Chinese app. Q. What is the big-picture context here? India has had a digitally open border so far. Given the nature of the Indian economy and the general affluence level in the country, monetising digital properties in the country hasn’t been easy. The average revenue per user (ARPU) is significantly lower in India compared to markets such as the US and China. This means that global businesses can cross-subsidise Indian operations with their global operations, garnering a significant market share. The current development removes that dynamic from the market with respect to at least one set of players. This development can potentially be a catalyst for transforming India into the fourth tech hub in the world after the US, China and Israel. The current situation affords technology entrepreneurs an opportunity to innovate and build scalable, sustainable businesses that hinge on technology. In the US, there’s the FAAMG—Facebook, Amazon, Apple, Microsoft and Google; in China there is BAT—Baidu, Alibaba and Tencent; India could see the emergence of its own tech narrative. This could include the rise of Reliance Industries’s Jio Platforms. Others such as InMobi’s Glance lock-screen content serving technology are also coming to the fore. Q. How might this ban affect India’s startup ecosystem, given that the Chinese are strong investors in many Indian companies? This ban provides India’s startups an opportunity to step up and dream big. Most players that have been banned have been successful in their local markets, and have used the consequent resources to expand in India. Their journey provides India’s startups a potential playbook, that if executed well, could place many of India’s apps on the global scene. While many startups that have Chinese investors are facing pressure, this is also an opportunity for local investors to take bigger bets on Indian startups and help scale them not only in India but globally. Such moments rarely come in one’s lifetime and it is important that players in the startup ecosystem recognise the massive opportunity that presents itself and act on it. Q. Is this an opportunity for Indian tech platforms to go global? The idea of Indian apps stepping in to fill the vacuum and potentially going global is not far-fetched. Platforms such as Glance with more than 100 million daily active users, and Roposo with more than 75 million downloads, are already competing at scale with global players. Together, these account for nearly 40 percent of India’s smartphone population. Jio, with nearly 400 million subscribers, has 33 percent of India’s telecom subscribers. They could well become the largest tech ventures leading the #MadeInIndia narrative on the global platform.